Earthquake preparedness: What can we learn from Chile? | Science | In-depth reporting on science and technology | DW | 16.11.2020

Earthquake preparedness: What can we learn from Chile?

Chile, which has suffered huge losses in earthquakes in the past, now consistently succeeds in saving lives. DW spoke to an official who had a big role in this achievement to find out what Chile is doing right. 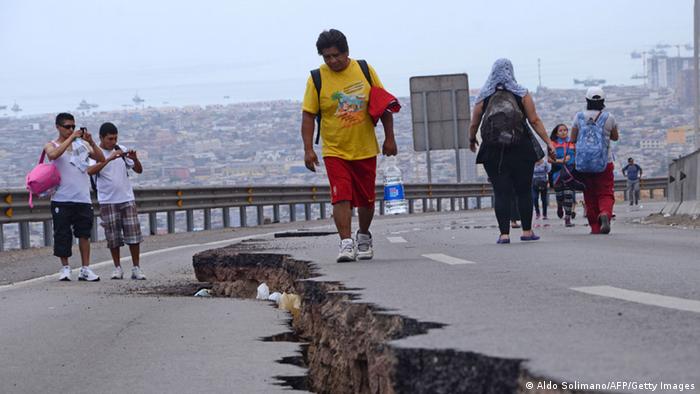 Chile has proven to the world that an earthquake need not be a disastrous calamity. After losing thousands of people and experiencing great pain in many devastating earthquakes in the past — including the strongest one ever in 1960 with a recorded magnitude of 9.5 — the country is now held up globally as a model of earthquake preparedness and response. Nowadays, almost nobody there dies in an earthquake even if its magnitude nears 8.0, thanks largely to Chile's strict building codes.

In the last decade, the death tolls in the 2014 and 2015 earthquakes with respective magnitudes of 8.2 and 8.3 did not exceed 15. Despite not being one of the world's largest economies, like Japan, which is also known for its earthquake-resistant buildings, Chile has proven to be a success story, setting an example for other quake-prone countries.

DW's Cengiz Özbek, whose native country, Turkey, lost more than 100 lives in a 7.0 magnitude earthquake that hit the coastal city of Izmir on October 30, spoke to Dr. Sergio Barrientos, the director of the National Seismological Center in Santiago, to find out what Chile has done to protect people.

DW: Why do so few people die in large earthquakes in Chile while weaker quakes in other parts of the world kill thousands? What has Chile done right?

Dr. Sergio Barrientos: I believe it is because of how frequently they have occurred. These earthquakes take place in the central and central south parts of Chile, where most of the population is located. This region has been affected by lots of earthquakes in the past. For instance, in the last century, the central part of Chile was affected every 15 or 20 years by large earthquakes that produced a great deal of damage.

The building code started to be developed and enforced during the last century with the earthquakes that took place in the early 1900s. Since then, the code has been updated every time there has been a large earthquake because we have learned new things, new aspects, that we could do better.

Since we started to establish this seismic building code in the early 1920s, it has undergone four or five modifications, because we have had four or five large, damaging earthquakes since then. The frequency of earthquakes that took place and produced damage in this region facilitated the enforcement of this building code.

A friend of mine who is an engineer tells me that engineers should construct buildings that will resist the impending earthquakes because these will most likely take place during their own lifetimes. So engineers themselves do the best job they can when they develop these constructions. 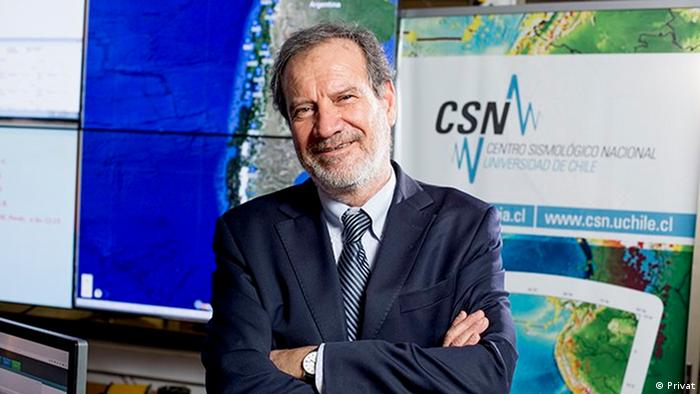 Awareness, education and good engineering are crucial in preparing for the next big earthquake, says Sergio Barrientos.

More than 500 people died in the 8.8 magnitude quake and the following tsunamis in 2010. What lessons did Chile learn from this disaster?

We learn something every time there is a large earthquake and something fails. For instance, in the last earthquake in 2010, some buildings were severely damaged; some of them collapsed. So a new study on how soils should be classified with regard to their response has been one major difference in the updated building code.

Additionally, we now have a very good observational system so that the information we get from instruments distributed throughout the country can be incorporated in the seismic codes.

What does your institution do to be prepared for earthquakes in Chile?

We are part of a system. The system is up and working and has been tested in the last few earthquakes. It is getting better and better, particularly for tsunami warnings.

For example, we did not perform that well on tsunami warnings during the 2010 earthquake in Chile.  But since 2010, things have changed a lot in Chile both in organization and coordination. After recommendations made by several committees that visited Chile in the aftermath of the 2010 earthquake and evaluated the response systems, the different agencies were strengthened and developed protocols for a common response. We are currently advising people how to react in the case of a possible tsunami. The whole system is now working in tandem.

We have all these joint efforts to provide more security to the communities. Apart from the strengthening of monitoring systems, education plays a major role. This is done partly through simulations and drills in different communities.  We carry out simulations with the people so they know how to react when the next earthquake comes.

That is one aspect. The other one, of course, is at schools. We provide all the information to teachers and people in charge of children to teach them how to react during earthquakes.

I have summarized everything very briefly, but there are lots of other things that have to work at the same time. In particular,  there should be a lot of collaboration and coordination between the different agencies of the Civil Protection System.

As an official from a country that has succeeded in earthquake preparedness and response, what would you recommend other quake-prone countries to do?

I can provide suggestions only regarding the situation in Chile, Chilean experiences and how Chile has been reacting to earthquakes. I know that different societies and different communities are very different in their approach to solving problems. For this reason, it is difficult to advise other communities.

The Chilean community has been subjected to earthquakes for more than 100-200 years and has suffered lots of catastrophes. So the country has realized that there are ways to decrease the consequences of these events, such as the seismic building codes.

But there is still a problem to face, as was shown by the failure to warn local residents of tsunamis in the 2010 earthquake. Authorities of Chile have put this problem in the right perspective and have been establishing the right and proper tools to provide more information to citizens and to provide better safety conditions for communities by teaching, and, as I told you, by means of drills.

Cengiz Özbek conducted the interview. It has been edited for clarity and length.

The seismologist and geophysicist Dr. Sergio Barrientos  has studied, researched and taught at the universities of California/Santa Cruz, Colorado, Boston and Chile/Santiago. He held the position of seismic section chief in the International Monitoring System of the Comprehensive Nuclear-Test-Ban Treaty Organization based in Vienna, Austria. Currently, he is working as the director of the National Seismological Center.

Read more:Volcanoes and Earthquakes: The Pacific Ring of Fire