New world order tests the strength of transatlantic ties | World | Breaking news and perspectives from around the globe | DW | 08.10.2010

The global economic crisis has pushed the United States to make room for rising powers. In turn, the Obama administration has adopted a multilateral foreign policy that is testing the strength of transatlantic ties. 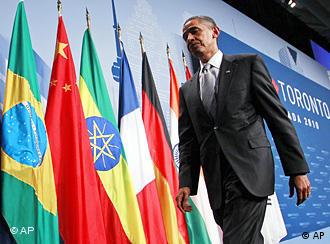 The US has recommitted itself to a multilateral foreign policy

During the the last US administration under George W. Bush, policymakers pursued a unilateral foreign policy that shunned international institutions and the transatlantic alliance in favor of ad-hoc "coalitions of the willing."

By identifying common interests with groups of like-minded states, the US wanted to leverage its superpower status in order to secure its hegemony well into the 21st century.

But two stalemated wars and a global economic crisis have eroded the US's dominant role on the world stage. And as Washington's hegemony declines, it is searching for new ways to preserve its power.

Secretary of State Hillary Clinton has called for a "new American moment," in which the US will revitalize its leadership role by integrating emerging powers into international institutions. But as Washington works on consolidating partnerships beyond Europe, the transatlantic relationship could weaken.

And then there were 20

In the aftermath of the oil crisis in the 1970s, an elite club of eight industrialized nations began meeting annually to manage common causes of global concern. This Group of Eight (G8) - dominated by countries in Western Europe, North America, Japan and later Russia - steered the international economic order and largely controlled the fate of the developing world. 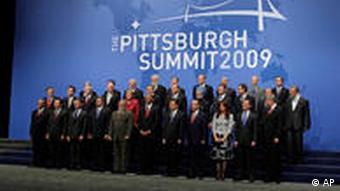 The world stage is more crowded than ever

But when Wall Street teetered on the brink of collapse in late 2008, the G8 proved incapable of managing the deepening crisis on its own. Economic power had become decentralized as, over time, the established industrialized coutries went into debt with some of the larger developing ones.

President Bush had little choice but to call the world's 20 largest economies to a summit in Washington in an attempt to contain the crisis. The Euro-Atlantic ruling elite - US, Canada, UK, France, Italy and Germany - now had to make room for emerging powers within the broader Group of 20.

No success without China

"Part of it is the growing recognition that the global financial crisis suggested the solution to a lot of these problems requires the active involvement of emerging centers of power," said Stewart Patrick, an expert on international institutions at the Council on Foreign Relations.

"You can't get a solution to the global financial crisis unless the Chinese are playing a constructive role, for example," Patrick told Deutsche Welle.

Current US President Barak Obama built on the groundwork laid by the Bush administration when he announced that the G20 would become the permanent forum for dealing with global economic issues. The announcement served as a demonstration of America's return to a multilateral foreign policy and a recognition of the world's shifting balance of power. 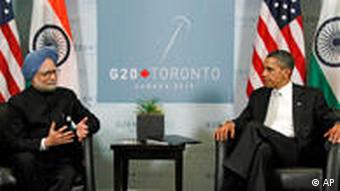 Washington wants to give developing countries more of a voice

However, as the developing nations took on more responsibility in the world, they also demanded greater representation in international financial institutions. During the G20 summit in Pittsburgh, Pennsylvania in 2009, the members agreed to reform skewed representation within the International Monetary Fund and the World Bank.

The transatlantic relationship dominated the IMF and the World Bank throughout much of the Cold War. Although the global balance of power changed after the collapse of the Soviet Union, North America and Western Europe jealously guarded their hegemony within the two financial institutions. The president of the World Bank is always an American, while the IMF is always headed by a European. And voting rights favor the established industrialized countries.

But the US has recognized that the transatlantic relationship is not the only instrument for tackling world problems. Countries like Brazil, China, India and Russia are becoming as vital to American interests in the 21st century as Europe was during the 20th century. As a result, Washington is supporting institutional reform in an effort to build bridges with tomorrow's powers.

Last April, World Bank members agreed to give more representation to the developing countries, allotting them approximately half of the votes within the organization. Under the new arrangement, China has become the third-most influential member state - behind the US and Japan - while Germany dropped to fourth place.

The IMF is supposed to undergo similar reform by this November, but negotiations have stalled due to disagreement between the US and Europe. European countries have refused to consolidate their nine chairs on the organization's governing board, which would create room for developing countries. In response, the US used its de-facto veto power to block a resolution that would approve Europe's current representation.

"The US is not just a transatlantic player, but a global player and they are showing their support globally and not just in the transatlantic domain," Heribert Dieter, an expert on global financial governance with the German Institute for International and Security Affairs, told Deutsche Welle.

Tension in US-EU relations is real, but not new, experts say

Europe has been left as a strategic backwater, some commentators believe, and they call Barack Obama "the first post-Atlanticist president." Is Europe too indecisive in its foreign policy, or is the US neglecting the EU? (13.09.2010)

German Chancellor Angela Merkel is expected to use her upcoming visit to New York for a United Nations development summit to resurrect Germany's flagging campaign for a non-permanent seat on the UN Security Council. (14.09.2010)

After the UN set ambitious goals for improving the lives of millions of people, global governance has come to the fore. When addressing issues of worldwide significance many nations need to be at the table, experts say. (17.09.2010)