New works in Germany's art collection: interpreting the state of the country

The exhibition "Germany Is Not an Island" in Bonn features the latest acquisitions for Germany's official contemporary art collection. What do these works reveal about the state of the country?

The exhibition "Germany Is Not an Island" showcases a total of 150 selected pieces by 81 artists, whose work has been acquired by a committee of experts for the Collection of the Federal Republic of Germany over the last five years. The members of the acquisition committee focused on finding artworks that reflect on the country's society and convey information on Germany's current situation.

Read more: Long live the pug: cuddly canine gets its own exhibition 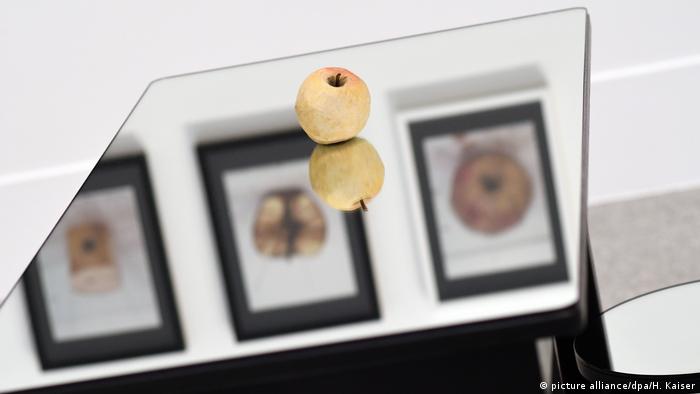 A mirror installation by Thomas Zipp

A collection without a permanent house

An artist originally initiated the project. In 1970, Georg Meistermann, president of the German Artists Federation, proposed to put together a federal art collection. The idea of establishing an art collection reflecting a modern and democratic Germany pleased former chancellor Willy Brandt.

The collection does not belong to any institution in particular. The works are shown temporarily in public institutions, ministries, embassies, the chancellery and various museums. The objective of the collection is to present post-war German art while supporting young contemporary artists. The latest acquisitions are now on show in the current Bonn exhibition. 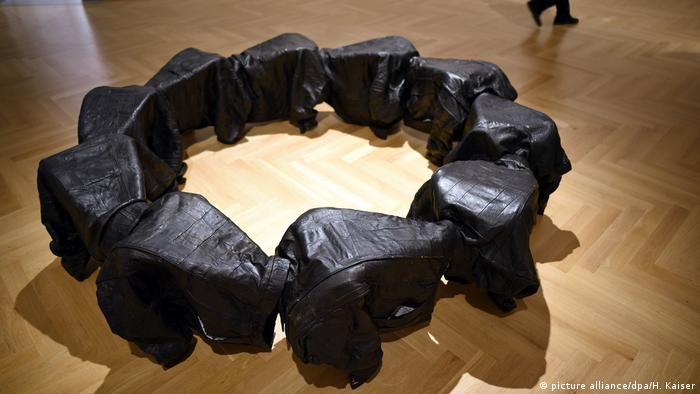 A diversity of perspectives

The new pool of 170 works includes not only promising young talents but also forgotten artists whose work deserves renewed attention.

It includes minimalist art by Charlotte Posenenske, an artist from the 1960s who's since gained new recognition. There are also washed-out paintings by Jörg Herold, one of which depicts a German highway in a nostalgic light recalling the 1950s. A photo by Clegg and Guttman shows a bookshelf filled with works that were highly coveted in East Germany. Drawings of figures by Antje Majewski are reminiscent of the carvings done by inmates of the concentration camp of Ravensbrück.

The collection also includes photographic works by Jürgen Staak. While spending time in China, the artist shot pictures of blurs of color on walls. What initially appears to be an abstract painting turns out to be a cover-up attempt: Chinese authorities painted over telephone numbers of Chinese people offering various services, thus rendering them indecipherable.

"In the end, it's all about censorship," explained the artist, adding that he himself originally came from former East Germany, so the acquisition committee possibly saw a connection between the former GDR and China."But the fact that my artwork ended up being purchased is a wonderful gesture of appreciation. Of course, I'm proud of being a part of the federal art collection."

The exhibition "Germany Is Not an Island" runs from March 8 to May 27 at the Bundeskunsthalle in Bonn.

Seen as a second-class art form for decades, comics have now attained cult status in the art world. The Bundeskunsthalle in Bonn has opened an exhibition on the history of the medium, Germany's largest ever comic show. (10.05.2017)

'A good neighbour': Istanbul Biennial on show in Munich

It's the first cooperation between Munich's Pinakothek der Moderne museum and the Istanbul Biennial. Will the exhibition "A good neighbour" contribute to building new ties between both countries? (15.12.2017)

An exhibition in Bonn's Bundeskunsthalle showcases 150 pieces by 81 artists whose work has been acquired by the Collection of the Federal Republic of Germany over the last five years. (08.03.2018)

How do our brains tick? An exhibition at the Bundeskunsthalle in Bonn combines science and artworks that offer some answers about the human brain.