Three bosses of five German car firms accused of secretly meeting since the 1990s to set collective lower-than-regulated quality standards have called the claims speculative. Spiegel made the allegations on Friday. 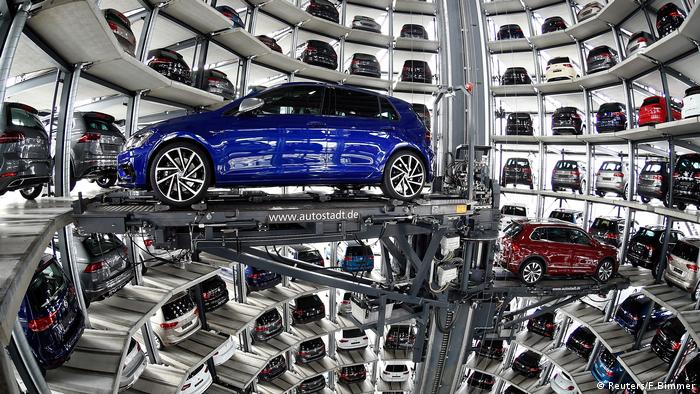 The latest edition of German news magazine Der Spiegel reported on Friday that all the major German car makers - Volkswagen, Porsche, Audi, BMW and Daimler, maker of the Mercedes-Benz and Smart brands - have been engaged in what could be a massive case of industrial collusion.

The report shows that the companies have been secretly meeting in various working groups since the 1990s, where they agreed on technologies, costs, suppliers and even how to work on emissions from diesel engines.

"We do not comment on speculation and presuppositions on the basis of Spiegel's reporting," Volkswagen CEO Matthias Müller told the Rheinische Post newspaper.

BMW, meanwhile, told Spiegel it would not participate in speculation.

According to Spiegel, the EU Commission is already examining the case and has confiscated documents from the companies involved and called the first witnesses.

Germany's Minister of Transport Alexander Dobrindt said: "Anti-trust agreements would be an additional burden on the issue we are currently facing in the automotive industry. The antitrust authorities need to investigate the allegations in detail and draw the necessary consequences."

Read more: Merkel testifies that she knew 'nothing' about Dieselgate

How much of this was technically illegal is impossible to tell at this point.

If true, the case raises more questions for the domestic auto industry still reeling from the growing diesel emissions scandal.

The proof is in the disclosure

Der Spiegel reports that the proof for these meetings can be found in two voluntary disclosures of wrongdoing handed to competition authorities by Volkswagen and Daimler.

Anti-trust authorities have been aware of such meetings since last summer, but the declarations only recently came to light, which may be an attempt by the companies to avoid stiff penalties.

Read more: What Dieselgate means for the environment

According to Volkswagen's disclosure, 200 employees of the companies met more than 60 times. The letter also acknowledged that such cooperation between the country's large car manufacturers could have included "behavior infringing antitrust law."

This is of particular interest now, with the growing and on-going diesel emissions scandal. Besides discussing the price of steel, the report says that specifics about the software used to help cheat emissions tests were discussed numerous times.

In another turn of events, Audi, a part of Volkswagen, announced that it would install new software in 850,000 diesel cars in order to improve emissions performance. This decision comes days after Daimler announced a similar move to recall around 3 million Mercedes-Benz cars.

Ever since Volkswagen admitted adding emissions-cheating software, investigators around the world have been taking a closer look at the inner workings of large manufacturers. As the scandals widen to include more areas and more companies, the damage to the German car industry is immense and the "Made in Germany" brand is suffering.

So far the companies involved have declined to comment on their latest headache.

Employees of the German luxury car maker Porsche are now being eyed by investigators in the emissions scandal which is slowly engulfing the industry and has already led to criminal and civil charges in America. (10.07.2017)