The UN has appointed a high-level panel to advise on the global development agenda beyond 2015 when the Millennium Development Goals are expected to be achieved. The panel's first meeting will take place in September. 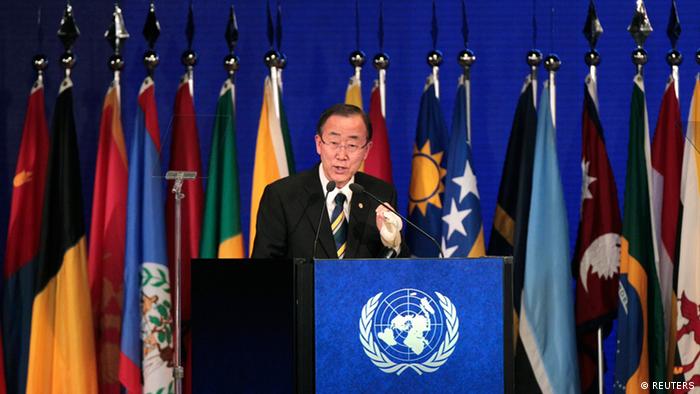 The list of 26 members appointed to the new UN panel reads like an international who is who of leading politicians. The group, appointed by UN Secretary-General Ban Ki-Moon, is to come up with a new vision for international development beyond 2015.

Though some progress has been made, many of the Millennium Development Goals (MDGs) the international community had committed to in 2000 will not be met.

A bold vision for future development 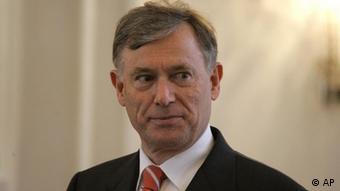 Köhler was chosen because of his involvement in Africa

The new goals are then to substitute the eight MDGs. Some of them, like halving global poverty, will probably be met by 2015. Yet, it's obvious today that the MDGs do not go far enough.

Janos Pasztor, Special Advisor on Climate Change to Ban Ki-Moon, has been involved with international development politics for more than 25 years. He told DW that issues of sustainability and climate change have become increasingly important.

"We actually know a lot more about these issues now," Pasztor said. He has been working on international development issues for decades, and was also a member of the Brundlandt-Commission in the 1980s. He says that back then, the possible impacts of global climate change seemed far away.

Pasztor headed an international panel on Global Sustainability which published a list of demands on sustainable global development in preparation for the Rio+20 summit. He said that it's time for a global change of mind. According to Pasztor, development is not only determined by short-term economic growth, it is vital to consider the social impact on future generations and the environment.

"Look at what's happening in Greece today, and the social impacts of the financial crisis - all these things have to be taken into consideration, and I think that the realization that it's actually necessary to do is taking hold."

A challenge for all countries 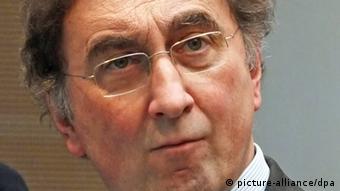 "We even know how much it will cost if we don't act," Pasztor said

The concept of sustainability encompassed a lot more than just environmental aspects. Social and economic factors also need to be taken into account, says Mohan Munasinghe, head of the Munasinghe Institute for Sustainable Development in Sri Lanka and professor for sustainable development at the University of Manchester.

"The current economic crisis has shown us that the so-called rich countries are not very sustainable, not only economically, but also environmentally, and to some extent also socially," he said.

In this context, the new UN panel will start its work. The first meeting is set for the end of September in New York, while the annual UN general assembly is in session. The first report of the panel is expected to publish their first report by mid-2013.

As world leaders meet in Rio to discuss ways to move to a green economy, UN Commissioner for Human Rights Navi Pillay has called for a new approach that integrates human rights and environmental protection. (20.06.2012)

'The deadline for these goals is very soon'

World leaders established eight Millennium Development Goals (MDGs) in 2000. Achieve universal primary education is the second MDG. UNESCO's Pauline Rose talks with DW about how far the world has come in achieving it. (03.05.2012)