Disappointment over Rio conference results | World| Breaking news and perspectives from around the globe | DW | 22.06.2012

It is better than nothing - that's what many experts are taking home from the UN conference on sustainable development in Rio. The German government, however, says it is still happy with the outcome. 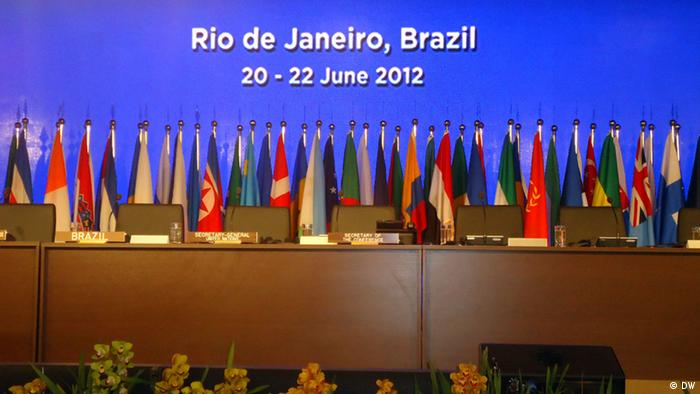 The UN conference on sustainable development in Rio officially wraps up Friday, but to many observers, it was over before it began. The final declaration was pushed through by the Brazilian government without room for discussion.

"I am very satisfied that those issues that are particularly important to Germany are in the final statement: the connections among water, energy supply and food security," he said. "We would have also liked to have seen more common ground on institutional reforms and on the issue of the millennium goals and sustainable development."

The declaration of some 50 pages is entitled "The future we want" and it names fighting poverty as one of the most important goals for the future. The text also contains a commitment to an economy that takes a more sustainable approach to the world's resources and sustainability goals set for 2015. Clear targets or a timetable are, however, not included. 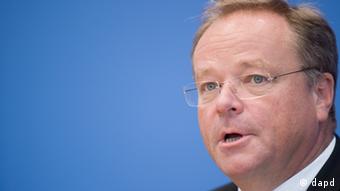 Hubert Weiger, head of the German environmental organization BUND, criticized the summit for failing to deal with the future of the planet. The overfishing of the oceans, the destruction of forests, the extinction of animal and plant species increased over the last two decades. One billion people are suffering from hunger.

"The fact that in this situation we're just getting a document that basically only sums up what already had been agreed on in the past, shows that the urgency of the matter is being underestimated and that short-term economic thinking absolutely has the upper hand," he said.

German Environment Minister Peter Altmaier said he understands part of the criticism. But he points out that it still was important "that this document is accepted because for the first time in a long period there is a common declaration by the international community - that is a very good basis for the work of the coming years. As Europeans we will push this and will ensure that this document will be brought to life."

Environmental organizations had hoped for a larger European commitment ahead of the conference.

"Neither the EU nor Germany have so far taken a leadership role," Weigert said, adding that Germany's nuclear phase-out could serve as an international example. "A civil society committed to the protection of nature and the environment as well as politicians who are reacting to that commitment. Even before Fukushima, almost 80 percent of Germans have rejected nuclear power. Democracy cannot in the long run against what the majority wants." 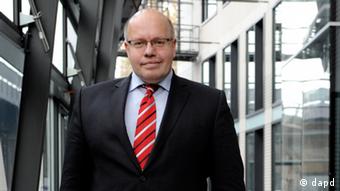 On the sidelines of the summit, the German government together with the Federation of German Industries (BDI) tried to promote the German economy and Berlin's plans to shut down all German nuclear power plants by 2022.

"There is hope that this can be a model for other countries, especially in the developing world or among emerging economies that want to build up a clean, affordable and sustainable energy supply," Altmaier said.

Environmental protection organizations and left-leaning governments rejected the concept of a "green economy" as merely being a continuation of capitalism masquerading as environmental responsibility, but the debate about a new concept of growth has taken root even in the business world itself.

"There will be growth in the future," said Cajo Koch-Weser a former deputy finance minister and managing director of the World Bank who now works as an adviser to Deutsche Bank. "The question is about the combination and the quality of growth. The natural resources of our planet are limited. But this does not have to lead to less growth but can lead to a higher resource productivity."

Only when industrialized nations reduce their energy needs will there be enough room for developing and emerging economies to gain material prosperity, Hubert said. But he warned that the Rio declaration was too focused on economic growth without actually calling for a limit for the industrialized world.

Climate protection, a reform of UN institutions, and sustainable development goals were among the topics the Rio conference failed to address properly. But for Development Minister Niebel this is not reason enough to give up.

"We have to set challenging targets for ourselves, hoping that other countries will then follow," he said.

Leaders meeting in Rio are debating a document intended to pave the way for new sustainable development goals. EU Environment Commissioner Janez Potocnik says the text is a step in the right direction. (20.06.2012)

Negotiators have hammered out a text to be approved by world leaders meeting this week in Rio for a UN summit. But it remains unclear how the document can help put the world economy on a more sustainable path. (20.06.2012)