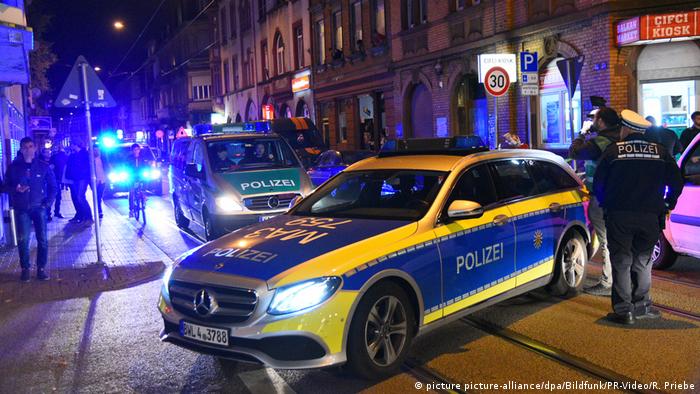 Newcomers from Syria, Iraq and other countries are changing the structure of organized crime in Germany, federal police representatives told the public broadcaster ARD in a new documentary set to be aired on Monday evening.

"In about one-third of proceedings, suspects also included immigrants — and that means that we need to keep a very close eye on this phenomenon," the head of the BKA, Holger Münch, said.

German authorities are already battling long-established so-called clans with ties to the Arab world, most notably crime families with a Lebanese background. The newly arrived Syrians and Iraqis have not yet developed such organizational structures, according to Münch.

However, Münch warned against repeating the mistakes made by German authorities in the 1970s, when a large number of Lebanese migrants moved into the country.

The aftermath shows that "such things should not be allowed to go on for years and years — that is, I believe, the biggest lesson that we need to learn from the development in the last 30 years."

The police chief of the western German city of Essen, Frank Richter, told ARD that migrants are putting the existing clans under increasing pressure and are beginning to act as competition. While those gangs have long used Iraqis as couriers for the drug trade, authorities have now noted that some groups of newcomers are trying to "take over the business."

Richter also said conflicts between the old and new groups might pop up in the future. Some of the newcomers have "combat experience" from living in war zones, Richter added.

"Of course, this is would be a very, very different situation from what we have at the moment," he added.

Crime gangs are active all over Germany, boasting thousands of members in Berlin alone. This type of crime in the German capital is controlled by "about 20 influential families, seven or eight of whom are extremely involved in crime," said Berlin's interior minister, Andreas Geisel.

Speaking to ARD's Morgenmagazin breakfast show on Monday, Geisel also said the authorities needed "additional tools" to fight crime. One of those tools would be the so-called reverse onus, a measure that would force suspected criminals to explain the origin of their property. Geisel said that the measure worked well in Italy.

Geisel also said the authorities were using the "full scope of the rule of law" to fight crime in Berlin, because "the rule of law is under pressure."