New law aims to make Iceland a haven for press freedom | Europe | News and current affairs from around the continent | DW | 17.06.2010

A country where the sun never sets for most of the summer has passed a law that it hopes will protect journalists and whistleblowers around the world who shine a light on corruption and wrongdoing. 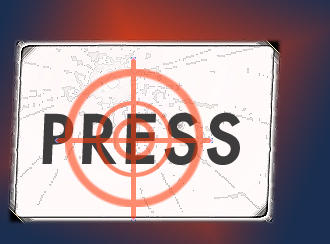 As Thursday was dawning in the Icelandic capital of Reykjavik, legislators passed a law that they hope will protect the freedom of the press around the world.

The law, passed unanimously during Icelandic parliament's last session for the year, provides more protection for journalists and their sources than any other such law in the world, say its creators.

Icelandic parliament member Birgitta Jonsdottir, who helped write the legislation, said the goal was to create an information haven - much like other countries which have turned themselves into tax havens.

"Instead of creating a stronghold of secrecy, we would create a stronghold of transparency in Iceland," Jonsdottir told Deutsche Welle. "We want to take a stand, as a nation, to stand for freedom of information, freedom of speech and expression and for human rights in general."

The law protects anonymous sources who communicate with journalists, places strict limits on pre-publication censorship, and provides immunity for telecommunications and internet providers who merely act as conduits for the publication of news and information.

Icelandic courts and institutions would also not be required to enforce rulings by foreign courts which violate Icelandic law. Any entity that bases some part of their operation in Iceland - even if only a data server - are all protected under the law. 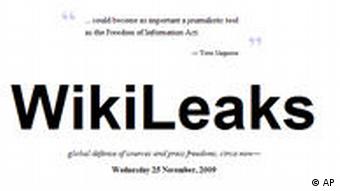 The move has already earned praise from journalism and human rights groups. Aidan White, the General Secretary of the International Federation of Journalists, called it "groundbreaking" protection for people who wanted to expose wrongdoing and corruption.

"This is an opportunity which will allow people to protect information, to make sure that they're not subject to legal prosecution for telling the truth about what's going on," White told Deutsche Welle.

Jonsdottir said that several human rights groups and news organizations, including the German news magazine Der Spiegel and American ABC News, have expressed interest in locating some aspect of their investigative journalism units in Iceland.

Wikileaks, a nonprofit website that serves as a clearinghouse for whistleblowers, activists and reporters that want to post sensitive information, helped develop the law and reportedly used Iceland as a base when it released footage showing a US military helicopter attack which killed two journalists.

The Icelandic government and parliament must still write and vote on legislation that determines how the law will be enforced. Jonsdottir is optimistic that such proposals will pass, but it's unclear how they will stand up when challenged in international and other national courts.

In an analysis of the law on the Citizen Media Law Project website, former journalist and law student Arthur Bright notes that a recent high court ruling in Australia judged that an article or piece of information's country of origin is determined by where it is downloaded and read, rather than where it originates or passes through. That means that some national courts may not recognize the protective laws of Iceland if the information in question is accessed elsewhere.

But White said the law is important in providing an example for the world when information is continually crossing borders.

"In the settled democracies, there's not going to be any hiding place for people who are up to dirty business, whether it's in politics or their commercial life," White said. "And I think it's a very good thing indeed."

On World Press Freedom Day, Russia has come in for particular criticism. But there are some media which take the risk of reporting critically and independently. One of them is the newspaper Novaja Gazeta. (03.05.2010)

Press freedom is under threat in countries like Russia and China. But that does not mean it can be taken for granted in Western Europe. Old scandals and recent issues have hurt Germany's press freedom rating. (03.05.2010)

Top secret and restricted access: Government officials have long found ways to conceal documents that might incriminate them. With the Internet platform Wikileaks, insiders can now bring such documents to the public. (26.11.2009)