Top secret and restricted access: Government officials have long found ways to conceal documents that might incriminate them. With the Internet platform Wikileaks, insiders can now bring such documents to the public. 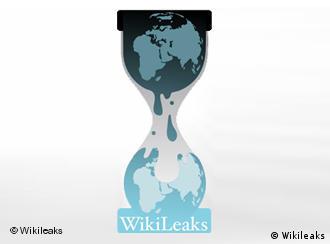 Kenya, 2002: The population is tired of the pervasive corruption under then President Daniel arap Moi's government. They elect Mwai Kibaki as President, who appoints John Githongo as the head of a national anti-corruption campaign. But soon after taking office, Githongo realizes the new government is just as corrupt as it was under Moi.

Soon thereafter, Githongo begins secretly recording conversations with government officials that reveal their misconduct. Fearing for his life, Githongo flees to Britain and publishes his information - but not through a traditional news outlet like the BBC. Instead, he uses the Internet site Wikileaks.

A significant influence on politics

Githongo's report has been one of Wikileaks' greatest successes so far, says Daniel Schmitt, who helps oversee the website in Germany. The report had a significant influence on the outcome of 2007's election in Kenya. 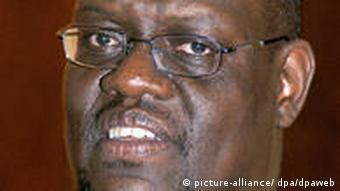 "Some estimate that Githongo's information influenced ten to fifteen percent of the votes. News agencies had reported on the information for weeks, and everyone in Kenya was aware of it," according to Schmitt.

Wikileaks is an Internet platform through which anyone can publish sensitive documents or information. There is just one condition: They must be authentic. Some 1,200 people are currently involved in maintaining the project worldwide. They are united by a desire to fight corruption and prevent governments and companies from illegal conduct.

Fighting corruption has been a central task of the news media for a long time - but, in today's climate, many media outlets can no longer finance investigative research.

"Investigative journalism is under serious threat," said Schmitt. Instead, there's more and more superficial reporting, he continued: "Entertainment and pop culture - all of these things that just distract us from what's actually important."

But journalists now have a new, cost-effective source for sensitive information, while informants have a new way to share their information. Citizens who have learned of corruption or illegal conduct now have a place where they can turn, even if they do not know any journalists whom they trust, Schmitt pointed out. 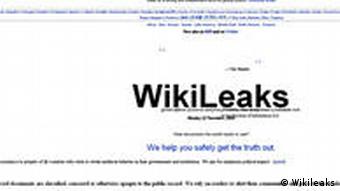 The Wikileaks website is part of the expanding Wikipedia network

The Wikileaks staff has developed several methods to verify the authenticity of published documents. Computer specialists test the materials to determine whether they have been digitally manipulated. Then the staff contacts experts on the subject that is dealt with in the uploaded documents.

However, Hans Leyendecker, an investigative journalist at Germany's Sueddeutsche Zeitung, remains skeptical. "It's a source that you can at least take a look at, but you shouldn't put too much hope in it," he said.

According to Leyendecker, the problem is that a person cannot always determine what has been falsified and what is authentic. "The second issue is that the documents generally just serve as a starting point for more comprehensive research - they don't offer much more than that," he said.

A matter of life and death for informants

Since its inception, 1.2 million documents have been uploaded to the site. The site draws such a high number of informants because they are able to remain anonymous.

Before a document appears on the site, the Wikileaks staff makes sure to upload it from computers in countries with strong freedom of press laws. That means that if someone files a suit against Wikileaks, then they must contend with the expansive freedom of press rights in countries like Sweden or the US. Scientology, the bank Julius Baer and the Iranian government have already brought cases against Wikileaks - without success.

Even most of the Wikileaks staff remains anonymous. Daniel Schmitt conceals his real name, and he is the only person in Germany affiliated with the project who speaks publicly about his work. Those who help uncover political scandals live in constant danger. 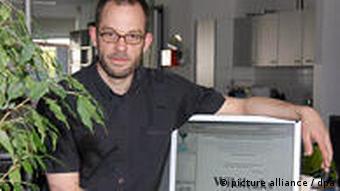 "At the beginning of the year, two of our staff members in Kenya were murdered," he said. "When that happened, I was glad not to have published my name." Schmitt acknowledged that Germany differs in many ways from Kenya. "Still," he added, "it's a question of who you upset and how much they're willing to invest to get rid of the problem."

The Wikileaks staff lives with that sort of danger in order to allow dissident figures in countries without free press to publish their information with relatively little risk to themselves.

Until a few months ago, Schmitt had worked as an IT specialist who set up computer networks for companies. For him, that was a good reason to quit and transition to working for Wikileaks.

"I have never felt so good about what I do as now. When I get up in the morning, I know that I will accomplish something each day that helps someone."

The online encyclopaedia Wikipedia is planning to follow the lead of its German arm and introduce a feature aimed at stamping out virtual vandalism on the English pages of its site. (27.08.2009)

African leaders are responsible for the problems in their countries, and not former colonial powers. Development aid often makes things worse. That's the message of a new book by former German ambassador Volker Seitz. (08.09.2009)

Kenya's Vice President Kalonzo Musyoka says a tribunal to deal with the perpetrators of the post-election violence is not a priority. He tells Deutsche Welle about his country's political and economic future. (23.06.2009)