Thatcher was warned of Germany's aggressive character in the run-up to German reunification, newly-released files show. The British PM famously wanted to slow down Helmut Kohl as he "bulldozed" his way to a new state. 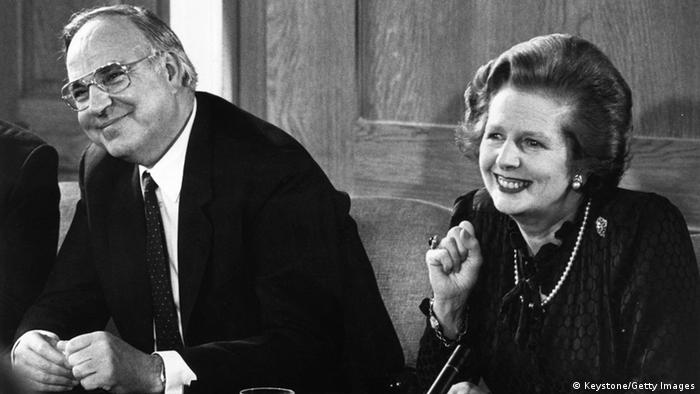 This is what Margaret Thatcher, already skeptical about a quick German reunification, was told by a round of preeminent UK and US historians she gathered at her country retreat in March 1990 as she attempted to find out "what makes the Germans tick" during the precipitous year between the fall of the Berlin Wall and German reunification.

Files released on Thursday by the UK's National Archive unearthed a host of new details about the apprehension in Downing Street as Chancellor Helmut Kohl drove through German reunification in the face of misgivings from London to Moscow.

Among the several hundred pages of revealing documents was an account, written up by Powell, of a half-day "seminar" Thatcher convened to discuss the German character and the potential consequences of reunification. "It would be very embarrassing and gravely damaging to our interests if the contents of so frank a discussion of one of our closest allies were to become known," Powell warned.

The intimate gathering included a handful of renowned historians - including American Fritz Stern, conservative academic and Thatcher advisor Norman Stone and the Oxford historian Hugh Trevor-Roper - who had identified several worrying disorders in the Germans: as well as the above list, there was a "capacity for excess" and a "tendency to over-estimate their own strengths and capabilities." 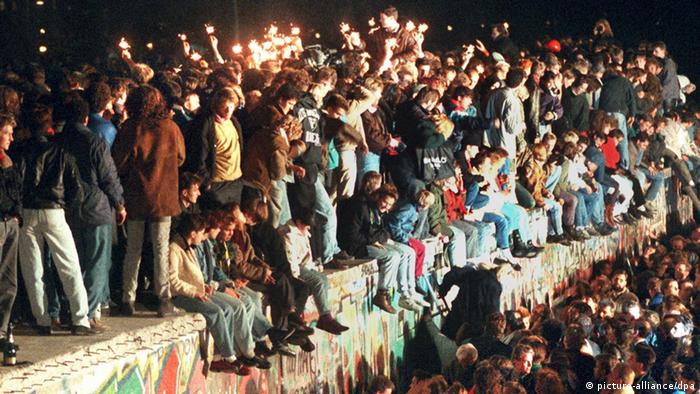 Though none of those at Chequers had "serious misgivings about the present leaders or political elite of Germany," they wondered whether "some of the unhappy characteristics of the past [could] re-emerge with just as destructive consequences," if they were "seriously tested by adversity such as a major economic calamity."

The historians also expressed fears about how a unified Germany, with 17 million new "predominantly Protestant North Germans brought up under a mendacious orthodoxy" might change the country. What if the new Germany turned out to be "less 'western' and less politically stable" than West Germany had been? "At worst," they warned, the new political conditions could lead to a rise in the type of extremism that brought down the Weimar Republic.

Thatcher's fears about the rise of a new dominant Germany have already been well-documented. The prime minister often clashed personally with Kohl, and at times she almost appeared concerned about his totalitarian tendencies: In a telegram from the French archives released in 2009, Thatcher was quoted by the French ambassador in London - also in March 1990 - describing the West German chancellor as being "capable of anything. He has become a different man. He does not know who he is anymore. He sees himself as the master and is starting to act like it." 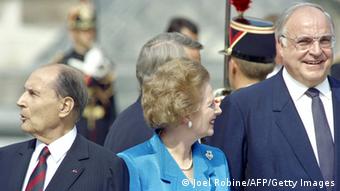 'Be nice to the Germans,' the historians concluded

This is also borne out in the new UK archive releases, where Thatcher found her position gave her some surprising bedfellows. The minutes of a meeting with the last East German Prime Minister Lothar de Maiziere showed she sympathized with his concerns about Kohl's overbearing style, and the worries of many East Germans that they were being "patronized" by the Federal Republic, and would not be able to contribute their identity to the new state.

"She herself quite often had to stand up to Chancellor Kohl and stop him trying to bulldoze his point of view through," Powell recorded. "He had done a great deal for West Germany, but subtlety was not his most obvious characteristic."

But the new documents also show a more nuanced side to the relationship between Thatcher and Kohl - especially when it came to security issues - the biggest concern for the United States. "Helmut Kohl has been admirably robust in saying that Germany must remain in NATO, with the continued presence of American troops and nuclear weapons," Powell wrote to Thatcher in a briefing ahead of a phone call with US President George Bush.

Thatcher also appeared to empathize with Kohl's more conservative tendencies, and the fears of German power were certainly shared by other European allies, not least her French counterpart Francois Mitterrand. As Powell's account of the illustrious seminar at Chequers concluded, the best thing was to "be nice to the Germans."

Margaret Thatcher was known in Europe and the world as the Iron Lady. DW talked to analyst Heinz Schulte, an expert on Anglo-German relations, about Thatcher's impact on Germany and Europe. (09.04.2013)

The pace of reunification surprised many - and led to some misguided predictions. Some feared a "Fourth Reich." Others were enthusiastic about the "most beautiful revolution of all times." We look back in 12 sentences. (19.09.2015)