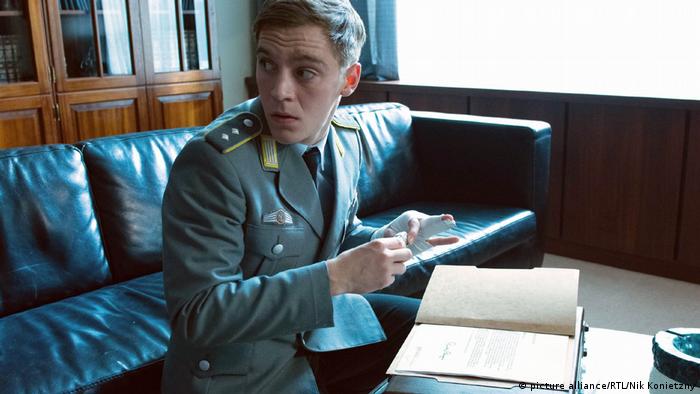 It all started with the Deutschland 83, and now the story goes on, rushing toward its historical climax. Now involuntary secret agent Jonas Nay struggles both with the impending demise of the German Democratic Republic (GDR), and his opportunistic aunt Lenora, depicted by recent Emmy award winner Maria Schrader.

On September 25, in time for the 30th anniversary of German reunification on October 3, the streaming platform Amazon Prime released Deutschland 89, the continuation of the breakout German series Deutschland 83 and Deutschland 86.

In the latest sequel, another three years have passed in which the GDR has not been able to solve its foreign exchange problems. The 89 in the title points to the fateful year that marked the fall of the East German state, indicating that this will be the final installment in Martin Rauch's adventure tale of two Germanys.

Embedding fictional material in a historically faithful setting is an established approach that sells well if the plot can both relate actual historic events and remain entertaining. Series like Babylon Berlin, set against the backdrop of the collapsing Weimar Republic, and Weissensee, set in 1980s East Berlin, have been hugely successful in and outside Germany. 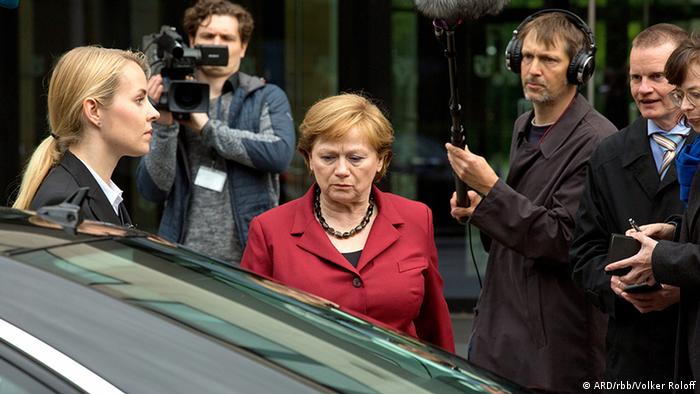 Documentary or fiction? "Die Getriebenen" (The Driven Ones) reconstructs the hours before the decision made to admit refugees into Germany

History in a few seconds

A film can immediately immerse viewers in the past in ways that books leave to the imagination and might therefore lack the same historical precision. Which could explain the explosion of period dramas in the international streaming market, including in the US where series also revisit the Cold War (The Americans), or more recently the US war on terror (Homeland).

More recent history is also the stuff of several German productions. Die Getriebenen (The Driven Ones), a production of ARD (German Public Broadcasting) based on the book of the same name, and the ZDF (Second German Television) film Stunden der Entscheidung (Hours of Decision), both explore the story of Angela Merkel's decision to admit refugees into Germany in September 2015.

The problem with the hybrid documentary/fiction format: Affording a seemingly behind-the-scenes view, it comingles fact and interpretation and has the potential to exaggerate for dramatic effect. 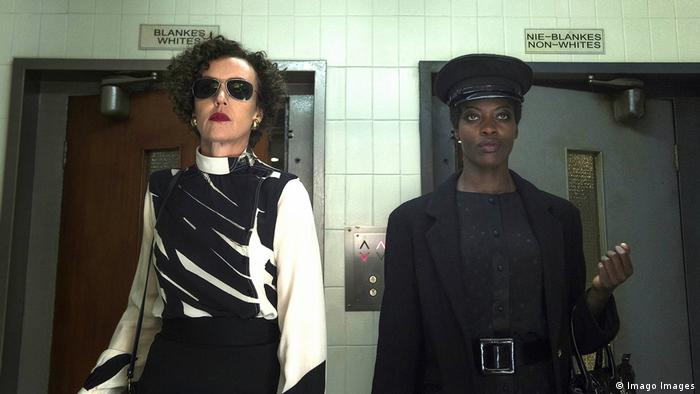 The more realistic the format, the greater care given to detail. The four-part series Rohwedder —Einigkeit und Mord und Freiheit (Rohwedder — Unity and Murder and Freedom) is another production released on September 25 through Netflix that is set in the volatile pre-unification era in Germany. It deals with the still unsolved murder of Detlev Rohwedder, then head of the Treuhand, the agency responsible for liquidating physical assets of the former Communist state and transforming them into capitalist enterprises.

With today's classic documentaries including elements of entertainment, the production is marketed with the sexy "true crime" moniker. The opening credits recall the crime series 4 Blocks more than straightforward documentaries. The reconstructed scenes alternate with interviews with witnesses of the time. It's a dramatic approach patterned after filmed reconstructions of scenes from unresolved murder mysteries in the German TV series Aktenzeichen XY... ungelöst (File XY… Unsolved).

The authors of Rohwedder tackle the murder of its protagonist by following the "third generation" of the Red Army Faction, the 1970s left-wing terror organization that had claimed responsibility for the deed in 1991 — though doubts about their complicity still remain. The crime was executed with military precision, leading some to believe that elements of former East Germany's state security apparatus had continued to exist and were behind the murder, possibly because Rohwedder was hunting down the agency's hidden financial assets. 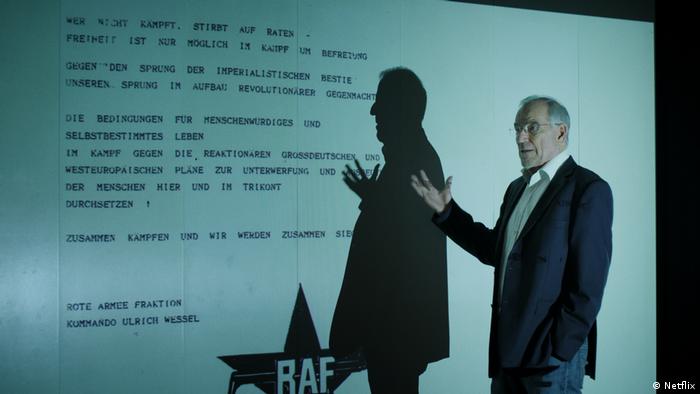 In der Netflix documentary "Rohwedder," an investigator at the Office of the Chancellory displays a letter from the RAF claiming responsibility for the murder

Recipe for a thriller

Mystery, whether having to do with terrorists or a secret agency, is an essential ingredient. As Rohwedder rehabilitated or dissolved 15,000 enterprises facing bankruptcy, Western German politicians and businesses were interested in the GDR's economic assets. After his death, they were privatized and transformed into lucrative objects for investors.

The more realistic a story is, the greater the wish for confrontation. Strong accusations were leveled that despite severe danger, Detlev Rohwedder hadn't been sufficiently protected. Politicians and agencies who bore responsibility were not interviewed however.

With Rohwedder, Netflix is taking a certain risk. Will the case attract the interest of an international audience? Amazon's fiction product seems to be a safe bet: Deutschland 83 took the Emmy as Best Drama in 2016.

Adapted from German by Rick Fulker