Scars from the past: Eastern Germany′s industrial ruins | Business | Economy and finance news from a German perspective | DW | 06.12.2019

The collapse of East Germany in 1989 and its transition to a market economy in a reunited country left deep scars that are still visible in the form of industrial ruins. Some stubbornly refuse to disappear. 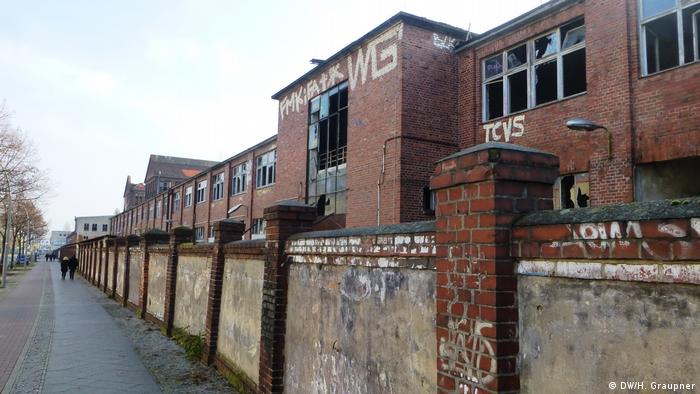 The top picture shows what the huge IKA cable-manufacturing plant in one of eastern Berlin's most beautiful districts, Köpenick, looks like today. With decay and vandalism teaming up, the large industrial ruin has long turned into a blight on the district.

IKA was once part of East Germany's KWO cable plant that in its prime employed some 5,400 people in Berlin alone. When the system collapsed in the late 1980s and both Germanys reunited in 1990, a tough transition from a planned to a free market economy saw East Germany's economy crumble to pieces as traditional markets broke away and many firms were not found good enough to survive among fierce competition.

An even bigger industrial ruin in Eastern Germany can be found in what's now the German state of Saxony-Anhalt. There, the tiny community of Vockerode was once home to a really monstrous coal-fired and gas turbine power plant that among other things provided heating to residents in the nearby town of Dessau, and also heating for one of the nation's biggest greenhouses located at the same place. 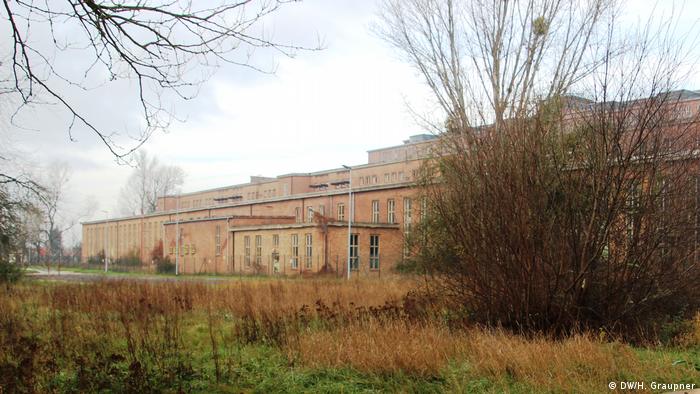 The former power plant in Vockerode is huge; you have to be a mile away to squeeze the whole building into the picture

The coal-fired plant was decommissioned in 1994, the gas turbine followed four years later. While the four towering chimneys of the plant have long been blasted, most of the buildings are still there,  left to rust in peace (R.I.P.).

In the beginning of this year, the local media started reporting about a Bavarian investor who's allegedly interested in turning at least part of the former plant's territory into one of Europe's largest — if not the largest — parking lot for trucks,  along with a hotel and a gas station. The reports said at least €10 million ($11.08 million) would be invested in the project, but it's already understood that Vockerode will not completely get rid of its industrial ruins even three decades after German reunification.

"30 years looks like a long period, but then these 30 years have passed so quickly," says Eckhard Sorger from the municipal authorities in Plauen, a town in the Eastern German state of Saxony. He's responsible for the promotion of the local industry and the man potential investors have to meet if they want to do business there.

In his capacity, Sorger certainly has an overview of what's happened or what's happening to industrial ruins in his town. It doesn't come as a surprise that Plauen has quite a few of them, given the town's industrial background. 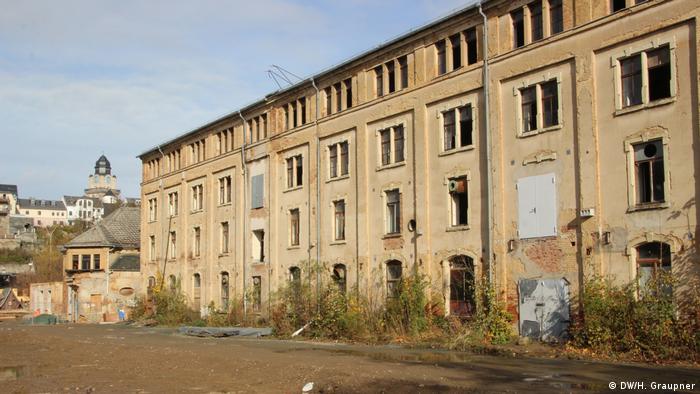 "'Plauener Spitze' (a famed lace and embroideries trademark) may be what comes to your mind first when thinking about our town, but let's not forget that it formed the basis for a lot of other industries here, like engineering, machine building — the sewing and embroidery machines, but also printing machines and a lot more," Sorger told DW.

Only a fraction of the former plants survived the economic upheaval in the early 1990s. Plauen has been given a remarkable facelift since, but if you look hard, you're able to find some leftovers from bygone days. There's no quick fix for them, it seems.

"In many cases, we're talking about former and abandoned, but debt-laden industrial objects where a big number of banks still want to get their money back," Sorger explained. "And while we're certainly interested in removing such blights from our town, no community can afford to pay a high price for such objects to the banks only to raze the buildings in question to the ground afterward." 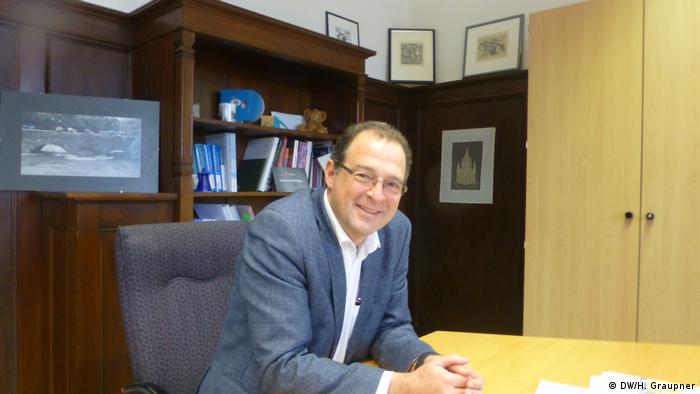 In addition there are cases "where private investors have bought property, but haven't done anything with it." They're playing for time, hoping that they make a fortune should real estate prices soar."

Sorger concedes that putting an industrial ruin to a new use is also gravely hampered when soil contamination is in play. Potential investors tend to shy away from the costs of decontamination, and public resources are limited. However, Plauen did spend a lot of money on decontaminating the soil beneath a former textile factory in the town center that's now becoming a co-working space for creative startups.

"The widespread impression that we may have kicked the can down the road when it came to getting rid of industrial waste land is wrong," Sorger emphasized. "The problem was on our agenda right from the start, and there are a number of examples to prove my case."

He mentioned an abandoned cotton spinning mill in Plauen that made way for a Kaufland supermarket. "and don't forget the former bleachery that — with considerable public resources — was turned into a modern vocational college for over a thousand students."

"Another former textile factory is now the head office of the regional Sparkasse savings bank," Sorger said, "and I could cite many more examples of what we managed to do as early as the 1990s." 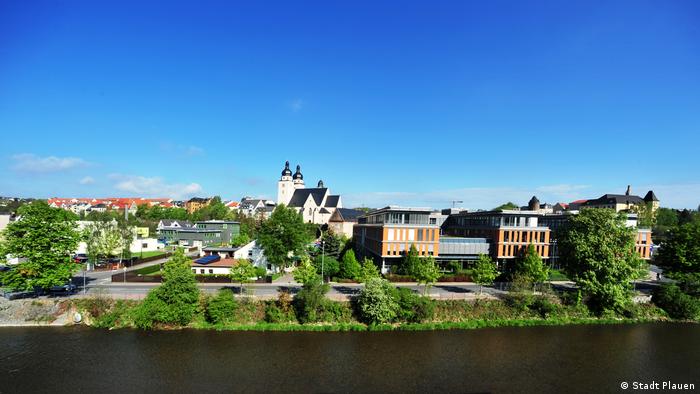 Spick and span: Flanking the Weisse Elster river is the modern head office of Plauen's municipal Sparkasse savings bank. The location was fomerly occupied by a textile factory

Sorger leaves no doubt that this process will continue as his town is running out of available space for industrial parks. "Suitable land on the outskirts of Plauen is already fully booked, and it's pretty much the same picture in downtown Plauen," he noted.

"Some of the remaining industrial ruins are in the town center, almost invariably close to residential areas," Sorger pointed out. "This means that nowadays, with tougher regulations in place, you can hardly turn this waste land into locations for new production plants, as residents would not like this for many reasons."

And so, like in many other places in Germany's new states and beyond, some industrial ruins will not go away anytime soon, keeping alive the memories of a past era.