New Year's Eve with Pablo Escobar, Saul Goodman and President Frank Underwood: Just days ahead of NYE, Netflix has come up with a remake of a TV sketch that Germans have been watching on December 31 for decades. 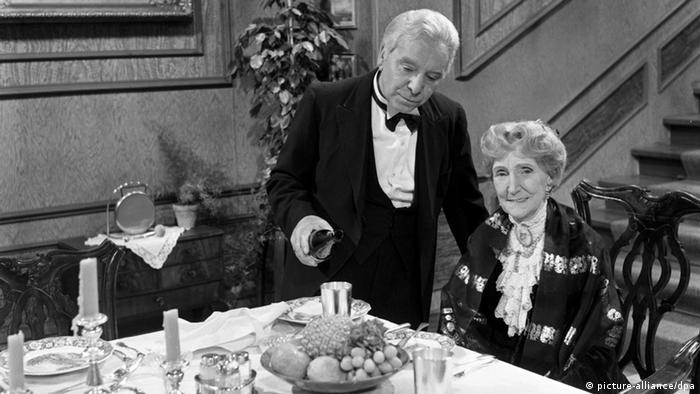 Come early Saturday evening, December 31, Germans nationwide will be glued to their screens towatch a legendary 18-minute long, black-and-white television sketch called "Dinner for One - or the 90th Birthday" which was recorded back in 1963. The short film has nothing to do with New Year's Eve but rather depicts a somewhat unusual birthday celebration of a lonely 90-year-old lady, Miss Sophie, as catered for by her butler, James.

The program is screened - in English and without subtitles - several times on New Year's Eve, and is usually featured on Germany's countrywide network of regional public TV channels. This tradition takes place without fail every year and is one of many peculiar NYE traditions only observed in Germany.

It has been parodied untold times in the past but this year, Netflix came up with its very own version of the German New Year's Eve slapstick staple about Miss Sophie's 90th birthday party. The clip was posted on Youtube on Wednesday shortly after its premiere on Netflix; this modern remake had already accrued more than 100,000 clicks in a few short days.

In the Netflix version, doddery butler James doesn't serve dinner to the usual bunch of imaginary guests from Miss Sophie's past, but to Netflix series stars Saul Goodman (played by Michael Pan in "Better Call Saul"), Frank Underwood (played by Kevin Spacey in "House of Cards"), and Pablo Escobar (portrayed by Wagner Moura in "Nacros") and Crazy Eyes (played by Uzo Aduba in "Orange Is the New Black").

As in the original sketch, the guests are only present in Miss Sophie's mind, not in reality - but their idiosyncrasies are skillfully portrayed by James the butler, as he pours them (real) wine, and drinks every single glass with a toast to Miss Sophie, pretending to be one character at a time and thus getting riotously drunk in the process.

As Frank Underwood from "House of Cards," James turns to the audience and speaks right into the camera, while as drug baron Pablo Escobar from the series "Narcos," James toasts the inevitable "plata o plomo" - silver or lead.

In the original show, a running gag takes place whenever butler James stumbles over a tiger-skin rug complete with head, which he does repeatedly. Much to the audience's delight, in the Netflix version it's a suit laid out on the floor with a horse's head instead: a reference to the BoJack Horseman series.

And up until the end, the original and the remake both stick to the motto of Miss Sophie's birthday do:

"Same procedure as every year."

Cologne on edge ahead of New Year's Eve celebrations