Surge in Nepal rape cases triggers death penalty discussion | Asia | An in-depth look at news from across the continent | DW | 12.10.2020

A spate of gruesome sexual crimes in Nepal has thrown the spotlight on the issue of gender violence and the culture of impunity in the country. Calls have been growing louder for rape convicts to be sentenced to death. 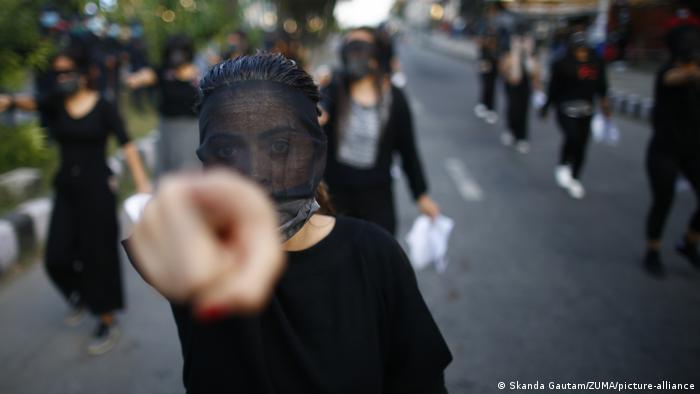 A 12-year-old girl from Bajhang district in western Nepal went missing on September 23. After a long search, her family members found her semi-naked body at a nearby temple. An autopsy report confirmed that the girl, who belonged to the Dalit community, was sexually assaulted prior to her death.

Police have arrested a local youth in connection with the case but the victim's family fear that he may be freed by the authorities citing a "lack of evidence."

This was not the only rape case reported in that week.

Read more: The psychology of a rapist

Another 12-year-old girl from eastern Sunsari district was also found dead at her home on September 25. A teenager confessed that he killed her after she resisted his sexual advances, according to police.

These cases are just the tip of the iceberg when it comes to the problem of rape and sexual assault in Nepal. The number of reported crimes has surged exponentially over the past few years.

'Pandemic' of rape and sexual assaults

These are just tip of iceberg about widespread rape and sexual assaults against women in Nepal, which has been surged exponentially in recent years.

There were only 112 rape cases reported in the country in 1998, but last year that figure was 2,144, according to Nepal police. 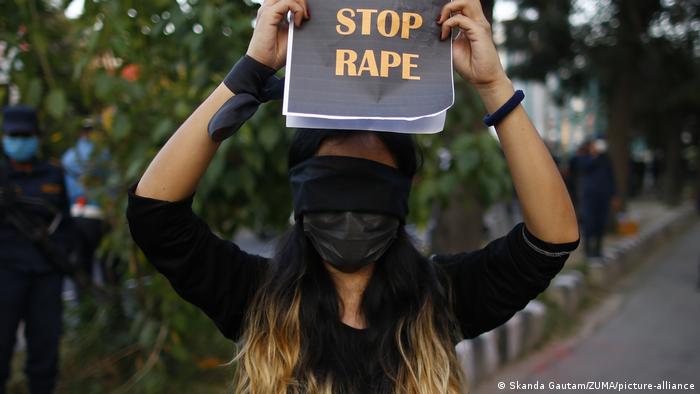 Nepal police spokesperson Kuber Kadayat told DW that rape cases surged during the coronavirus lockdown from mid-March to mid-September. At least 1,221 cases, or seven cases per day, were lodged during this period, he said.

A recent report by the NGO Anti-Slavery International has identified that only around 5 in 100 cases of rape and sexual violence are reported to police, with even fewer reaching the trial stage.

Santosh Sigdel, a lawyer and activist, told DW that many victims fail to report their cases due to threats, local "settlement" and the victim-blaming culture.

Pushpa Bhushal, a member of Nepal's parliament, told DW that perpetrators are mostly targeting young girls and women, particularly those from socially marginalized groups. "The exponential rise of rape and sexual assault cases has now become a pandemic," she said.

Rape and sexual assaults are serious criminal offenses in Nepal, with convicts facing prison sentences ranging from 7 to 25 years. Despite stringent laws on paper, the number of cases has been on the rise.

Weak criminal investigations, attempts by officials to protect perpetrators, the politicization of rape cases and dilly-dallying in delivering justice, have collectively led to a worsening of the problem, said Bhusal.

It's widely reported that victims of sexual assault are being prevented from seeking legal action in the name of local "settlement" and "reconciliation." Community elders and even elected politicians have been found involved in such activities.

Recently, a 15-year-old gang-rape victim in Dhanusa district of southern Nepal was offered 1.2 million rupees (€8,670, $10,243) by a group of community elders, including some elected representatives. After her family refused to accept the deal, they started receiving "death threats," reported a local daily newspaper.

A recent report by the NGO Trial International revealed that police themselves are often engaged in such settlements, even though they're responsible for the victim's safety and security. 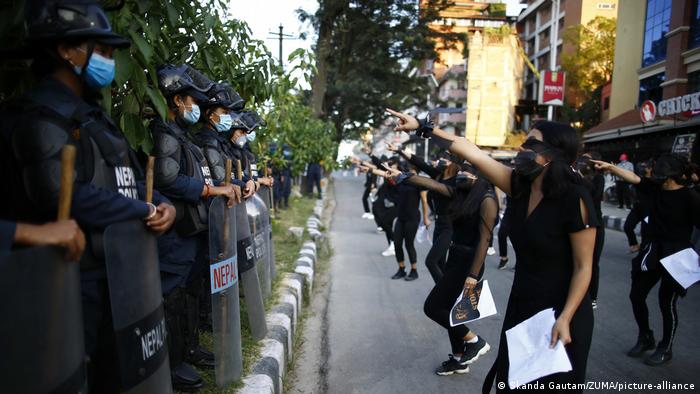 Police spokesperson Kathayat maintains that the law enforcement agency has not been involved in such acts, but accepted the weakness of the police to act swiftly in certain cases. The police department has instructed all its agencies to take action against those involved in extrajudicial settlements.

Neelam Sharma, a researcher at Anti-Slavery International, told DW that insensitive remarks by politicians and officials point to the lack of seriousness and understanding among some influential figures in dealing with the problem.

In September, lawmaker Ram Narayan Bidari from the ruling Nepal Communist Party had said that 90% of rape cases in the country involving adults "are not rape cases."

Activists have launched street protests and social media campaigns against sexual crimes, in an attempt to seek justice for rape victims. The issue has also become a subject of discussion in the nation's parliament, where women lawmakers have unequivocally called for harsher punishments for rape convicts, including the capital punishment.

"We should not consider a sympathetic law for those who commit gruesome crimes," Shanta Chaudhari, an MP from the ruling party, argued.

Nepal's constitution — promulgated in 2015 — has categorically barred any law to be made that prescribes the death penalty.

Kathmandu has also been a signatory to a host of international human rights charters — including the International Covenant on Civil and Political Rights (ICCPR) — which are in favor of the abolition of the death penalty.

The women lawmakers in the parliament, however, have formed a nine-member taskforce to review the existing laws and the country's international legal obligations and come up with suggestions on how to incorporate the death penalty for convicted rapists. Separately, a parliamentary committee has also asked the government to look at the possibility of bringing such a law.

Bhushal, also a member of the taskforce, shares the view that those who rape minors should be sentenced to death. Speaking to DW, she stressed that the death penalty has become necessary after other efforts proved unsuccessful in controlling the problem.

The idea of capital punishment, however, has not been received warmly by everyone in Nepal.

Mohna Ansari, a member of the National Human Rights Commission, says that existing legal instruments are enough to punish the perpetrators, if the authorities pursue the rape cases seriously and deliver justice impartially. Advocate Sigdel shares a similar view. "Are such crimes being repeated just because of not having a provision of the death penalty?" he questioned.

Professor Sanjeev Upreti, who did his post-doctoral research at Harvard University on the subject of masculinity, told DW that rape and other forms of gender violence are outcomes of the larger structural problems that women are facing in Nepal.

"Women are dominated by men on all fronts — socially, politically and economically. Only enacting laws isn't enough to address such problems," he said. "We need to address it structurally, legally and ideologically."

'We don't want this kind of a country'