Noel Martin, a British-Jamaican construction worker left paralyzed by a neo-Nazi attack in rural Germany in 1996, has died. His legacy was an exchange program that brought English and German youngsters together. 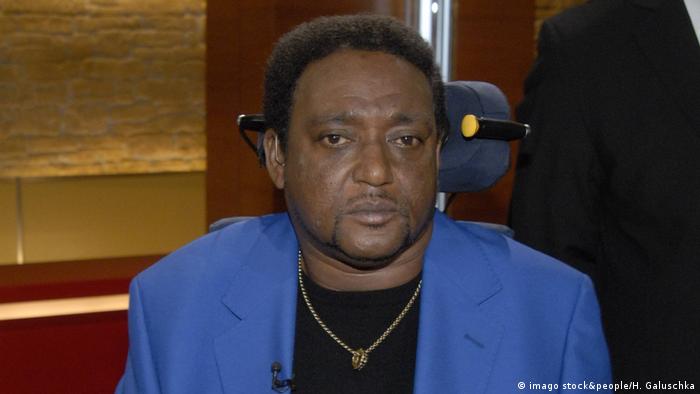 Noel Martin was 60 years old when he died on Tuesday, in a hospital in his home city of Birmingham, England. He spent the last 25 of those in a wheelchair, left quadriplegic after a racist attack that would have destroyed many people's will to live and faith in humanity.

Instead, Jamaican-born Martin spent the rest of his life fighting the sordid hatred that had ruptured his life, launching a program that brought young British and German people together.

One of the organizers on the British end of that scheme was Lincoln Moses, who knew Martin for more than a decade. "For the last ten years, we used to have a gathering at Noel's house — they'd put a big tent up, and he made sure everyone had food and drinks," Moses told DW over the phone on Wednesday. "He talked about his experience, but he never talked about the negative part, about the attack, he talked about the work he did in Germany prior to the attack and how the majority of people he met were very nice to him."

"He was more or less legendary in the way he tried to inspire young people not to have any form of negative influence controlling their lives," Moses added.

Read more: Far-right extremist violence on the rise in Germany 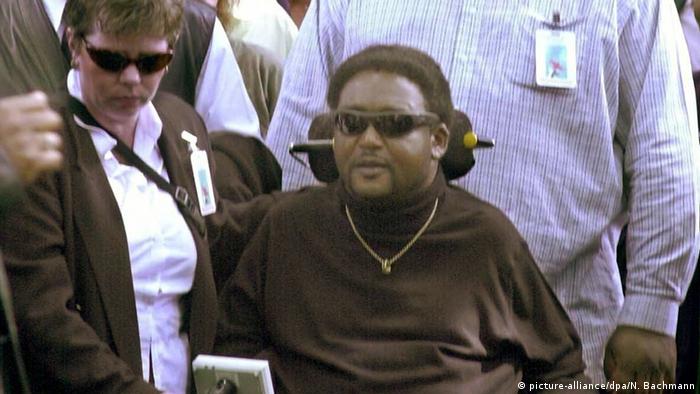 Noel Martin, seen here in 2001 participating in a demonstration against racism in Germany, became an avid campaigner against hatred following the attack that paralyzed him

On June 16, 1996, Martin was just one of tens of thousands of British construction workers employed in Germany. His company's contract had brought him to Mahlow, a small town on Berlin's southern border with the state of Brandenburg.

Near the town's train station, he stopped to make a phone call and was verbally abused by a group of neo-Nazis. As Martin left in his car, two of the group stole a car to follow him.

After harassing him on the road, the younger of the neo-Nazis, a 17-year-old named Sandro R., threw a 6-kilo (13-lb.) cement block onto his windscreen. Martin lost control of his car, which rammed into a tree.

A court case and a comeback

Martin described what he had to endure in an interview with public broadcaster RBB in 2016: "My feet burn constantly, I need to do exercises all the time, and I can only go outside if it's warm. Otherwise I have to sit inside by the heating. One year I only went outside three times, the rest of the time I was in hospital. I spent two years completely in hospital ... Even in prison you're allowed to walk around outside for an hour a day. I haven't been able to do that for 20 years. My life was taken away."

Black lives in Germany: Racism both hidden and overt

Neither perpetrator has shown any remorse, and Martin had dismissed them from his own thoughts by 2006, when he told Der Spiegel magazine, "Thinking about those two would be a waste of time. God and life will deal with them."

He offered more reflection in the RBB interview ten years later: "One day they will get their punishment, when they're old. At some point their daughter or granddaughter will come home with a black person and say, 'Dad, this is the person I love — and you're too old to do anything about it. That will be their punishment."

By the time of the trial, Martin had already returned to Birmingham, requiring round-the-clock care, which for many years was provided by his partner Jacqueline, whom he married shortly before her own death of cancer in 2000. "We had 36 seconds together, then she fell into a coma," he told Der Spiegel. "I miss her every day."

Jacqueline's death marked another turning point in Martin's life. A year later, he traveled back to Mahlow for the first time, to take part in a demonstration against racism and xenophobia.

It was then, after a meeting with Brandenburg State Premier Manfred Stolpe, that he launched his exchange scheme, which changed the lives of dozens of young people from Birmingham and Brandenburg. The Noel and Jacqueline Martin Foundation has been running the program every year since 2008.

"My role was to identify young people who came from diverse backgrounds to be able to bring them over to Mahlow, and the following year bring a group of youngsters from Mahlow to Birmingham," Moses remembers. "Some of them had never been out of the country before: They were low-income, some were Jamaican, some Irish, some English." 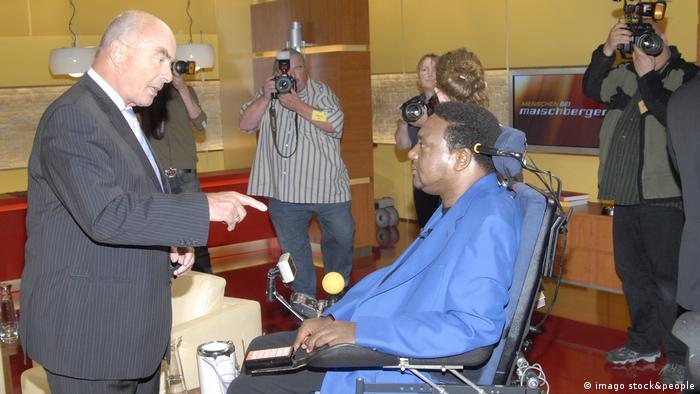 During the trips, which attracted some media attention in Germany, youngsters would stay with host families, visit the German parliament, meet local politicians, and occasionally take part in summer festivals. "Noel was very inspirational," said Moses. "He was a philosopher of life, he spoke of all the positive things, he tried to bring everyone together."

In a way, Martin's determination to keep the foundation alive saved his own life: In 2006, he made a decision to commit suicide after his 48th birthday at Dignitas in Switzerland the following year, only to change his mind because of his charitable work: "I didn't want the neo-Nazis to declare victory," he told RBB in 2016.

Satirist Idil Baydar says she has received threatening messages with neo-Nazi overtones for months. Echoing two similar cases, her personal information may have been accessed from a computer in a German police precinct. (14.07.2020)