A birthday letter from Hitler's top diplomat, Joachim von Ribbentrop, to legendary double agent Richard Sorge has been discovered in a Tokyo bookstore. Sorge provided key info to Soviets from the German embassy in Japan. 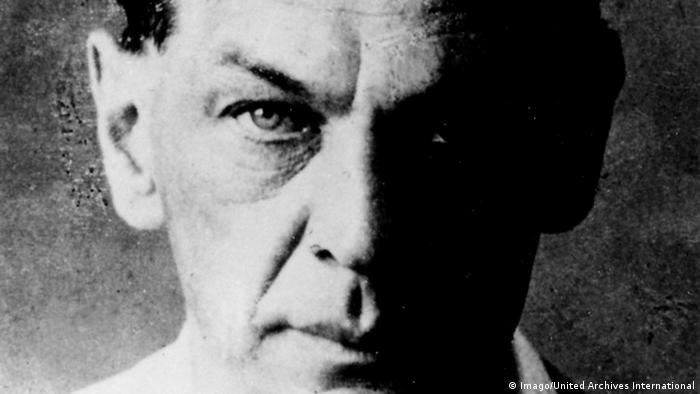 The letter congratulating Sorge (photo) on his 43rd birthday was written in 1938, and contains a singed photo of Ribbentrop, who served as Germany's foreign minister before and during World War II.

In the note, Ribbentrop also congratulates the Soviet spy on his "outstanding contribution" to the Nazi regime's embassy in Tokyo, where Sorge worked.

Richard Sorge managed to enter the Nazi party and rise to the position of personal aide to German ambassador Eugen Ott, despite having both German and Russian heritage. Secretly, Sorge was a committed communist, who passed vital information on Japan and Germany to Moscow.

He accurately warned the Soviet regime that the Nazis intended to attack the Soviet Union, breaking the non-aggression pact signed by Ribbentrop and Stalin's foreign minister Vyacheslav Molotov.

Moscow, however, did not heed his warning in time.

Sorge also reported to the Soviet Union that Japan would not attack it from the east, instead focusing on Southeast Asia.

This key info allowed Moscow to reposition its defenses towards the west, making it better prepared to face Hitler's war machine in 1941.

'Trust' in the double agent

Ribbentrop's letter resurfaced when a customer at a Tokyo bookstore brought in a bundle of Nazi-related documents belonging to his dead relative. The customer did not know the nature of the letter, a book dealer said Tuesday.

"It is interesting in that it allows you to surmise" the Nazis' trust in Sorge, said Yoshio Okudaira in an interview with AFP. Okudaira found the letter while working at antique book dealer Tamura Shoten.

The letter and the photograph will be auctioned off, according to Okudaira, who added that the document was written by Ribbentrop's secretary.

Sorge spent a part of his childhood in Russia, and was known for his womanizing and heavy drinking. He worked as a correspondent for the German newspaper "Frankfurter Zeitung" in Tokyo, where his talent for providing insight gradually earned him access inside the German embassy.

Japanese authorities discovered and broke up his spy ring in 1941. He was subsequently disowned by the Soviets and hanged in 1944.

Twenty years after his death, Moscow awarded Sorge the title of Hero of Soviet Union.

Berlin says it will drastically increase its budget for global military assistance, with much of it earmarked for Ukraine. Russia, meanwhile, has threatened further attacks on Kyiv.