UK bank NatWest has promised to raise the number of BAME staff in senior roles from 1% to 3%. The Black Lives Matter movement has triggered reflections on why the bank and wider industry has lagged in recent years. 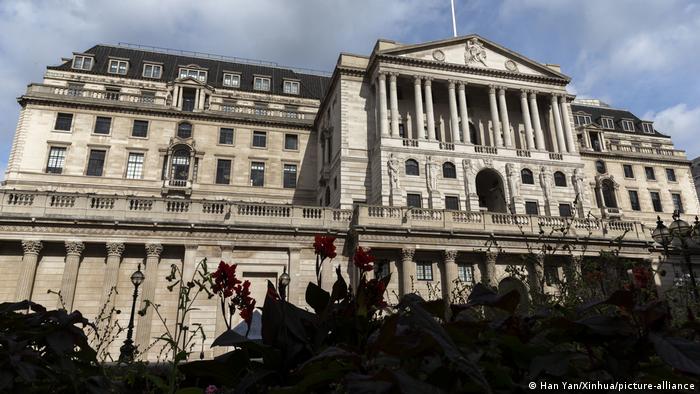 British lender NatWest on Tuesday promised to raise the number of Black staff in its senior positions to 3% by 2025, in line with the Black, Asian, and minority ethnic (BAME) population in England and Wales.

Roughly 1% of NatWest's 8,800 senior staff are currently BAME. NatWest's wider BAME targets are meant to increase the number of BAME staff in senior roles to 14% by 2025. NatWest currently has one BAME colleague, Yasmin Jetha, on its board, but no BAME executive or board members.

The pledge follows a four-month review of the experiences of the bank's Black staff. "That led to us having very open and, on occasion, very emotional and difficult conversations with our colleagues about their lived experience," NatWest’s chief executive, Alison Rose, told The Guardian newspaper.

"NatWest’s move is in the right direction and to me it seems more likely to be a more structural change," Alper Kara, a professor of finance at Huddersfield Business School in the UK, told DW. "Even if it is for marketing purposes, if implemented successfully, it will inevitably lead to some level of fundamental change in the organization," he added. 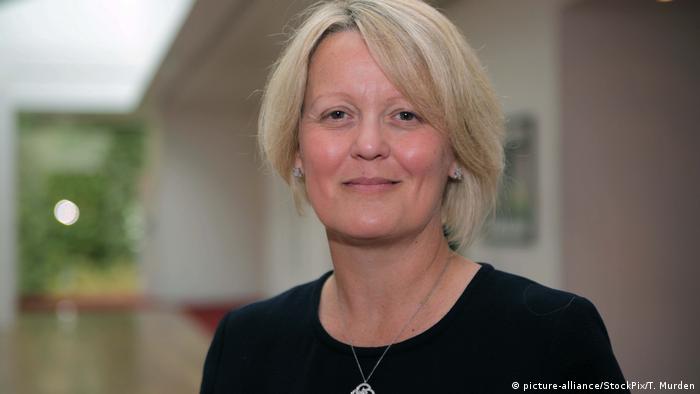 NatWest’s chief executive, Alison Rose, said she had had very emotional and difficult conversations with colleagues about their lived experience.

A survey of nearly a third of NatWest's 63,000 staff found that while 79% felt all employees had the same opportunities at the bank, that dropped to 28% among its BAME workers in the UK. Only 63% of Black staff felt they could "be themselves" at work without worrying about whether they would be accepted, compared with 93% of non-BAME colleagues.

"It isn't a bad move, obviously," Nels Abbey, author of the book Think like a white man told DW. "But in two or three years there will probably be a new management board and a new mantra," he said, adding that everyone wants to be "on the right side now, but actions speak far louder than words."

Abbey pointed to former deputy prime minister, Nick Clegg, as a case in point. "In 2011, he [Clegg] acknowledged the problem many ethnic minority businesses have had in getting finance from banks, but soon after he was out of office and the issue was pushed back under the carpet," he says. When the government published its comments on the report it did not deny the figures, but wrote that there was "no evidence to indicate that disparities are due to racial discrimination per se."

A recent survey by Business in the Community (BitC) found that Black people held just 1.5% of the 3.7 million leadership positions across the UK’s public and private sectors in 2019. There are 1.28 million people working in finance and insurance in the UK, of which 196,500 are from a BAME background, according to labor market statistics from the Office for National Statistics. Added to this, nearly two-thirds of Black and Asian business owners felt unable to access state-backed loans and grants in the early days of the coronavirus pandemic, according to research conducted for MPs.

"I certainly think that having more BAME senior managers in banks would be a remedy to tackle the causes," Karas said. "On the cultural front, BAME senior managers, coming from a similar cultural background, may have a better understanding of BAME borrower behaviour and perhaps tailor suitable products and systems accordingly to provide more access," he added

Other banks go the same way

Lloyds Banking Group has set a similar target of 3% for Black staff in senior roles, which will mean recruiting or promoting about 168 more Black employees by 2024, from 40 now. The current low number of Black staff at Lloyds is "not pretty," Lord Woolley, founder of Operation Black Vote told the Evening Standard newspaper, but he welcomed that the bank admitted there was a problem. "It's a two-stage process," he said. "First you must lay bare the uncomfortable truth, and second you must set aggressive targets to put it right. Lloyds has done this, but it remains to be seen in five years' time if they deliver," he added.

One of the UK's biggest investment firms L&G says it will use its vote to put pressure on bosses who don't make their top teams more diverse by 2022. HSBC meanwhile has pledged to "at least double" the number of BAME people in director-level positions by 2025. Britain's biggest business lobby group, the CBI, has unveiled a campaign to get at least one ethnic minority person onto every FTSE 100 board and every FTSE 250 one by 2024.

Aviva, Microsoft UK, Deloitte UK and Linklaters are among the first signatories to the campaign, Change the Race Ratio. The CBI's 2021 goal for ethnic diversity on FTSE 100 boards was recommended by the government-commissioned Parker Review in 2016, and earlier this year that report's author said the target would be "challenging" to meet.

Meanwhile, the UK Race at Work Charter, a government initiative launched in 2018 to tackle ethnic disparities in the workplace, has not seen many banks sign up, with laggards including BNP Paribas, Credit Suisse, Macquarie, MUFG, Mizuho, RBC Capital Markets, Societe Generale, Unicredit and Wells Fargo, all of which have large City operations. And only Standard Life Aberdeen, Legal & General M&G Prudential and Schroders have signed the charter among large fund managers.

The Bank of England has increased the number of minority staff in senior management positions by just one percentage point in four years, according to data in its annual report. The proportion of BAME staff occupying senior positions has risen 7% this year, up from 6% in 2016. The central bank has a target of 13% for BAME representation at senior management level by the end of 2022. At Goldman Sachs only 4% of executives, senior officials and managers are BAME and at Citi, only 2%.

Despite 74% of employees in the financial sector confirming that working with a diverse workforce is an important factor for their happiness at work, almost half (46%) said diversity seemed like less of a priority in the workplace, with 52% saying it should be more of a priority, according to a report from Culture Shift. The same report also found that 53% of employees in banking and financial services said their employer made token gestures that felt surface level when it came to diversity and inclusion.

For many, however, there won't be a real change until the government steps in — something former Prime Minister Theresa May's government promised to do after the Parker Review. May launched a consultation on making it mandatory for companies with over 250 staff to report their ethnicity pay gaps — the difference between what non-BAME members of staff get in average pay and what people from BAME backgrounds earn.

The patriotic song Rule Britannia tells Britons they will "never, ever be slaves." Yet millions were enslaved or traded by the British, who reaped economic gains. DW examines the debate in Britain today.