NATO′s Vershbow on alliance troops in Eastern Europe: ′We had no choice′ | Europe | News and current affairs from around the continent | DW | 26.10.2016

NATO's Vershbow on alliance troops in Eastern Europe: 'We had no choice' 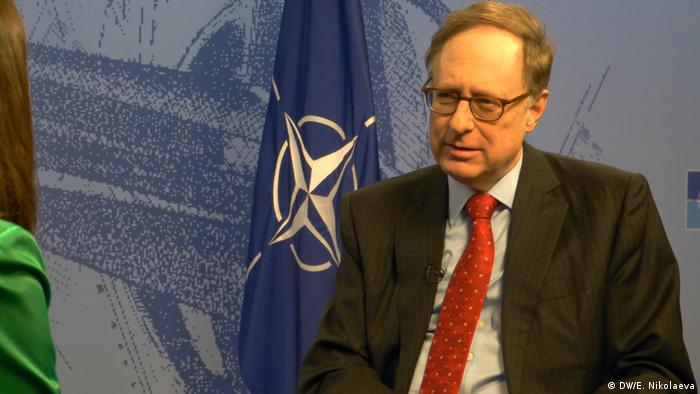 The parting NATO Deputy Secretary General Alexander Vershbow told DW's "Nemtsova. Interview" that Moscow "bears the primary responsibility" for the current downturn in relations between the alliance and Russia.

After the collapse of the Soviet Union in 1991 NATO "tried consistently to build a closer partnership with Russia", said Vershbow, also a former US Ambassador in Moscow. "Russia changed the whole paradigm in 2014 with its aggression against Ukraine, its illegal annexation of Crimea", said Vershbow. The US diplomat will be leaving by the end of October after spending four years as NATO Deputy Secretary General.

Speaking before a two-day-meeting of NATO's defense ministers in Brussels starting on Wednesday, Vershbow told DW's Zhanna Nemtsova: "NATO didn't station any troops on the territory of the new members of the alliance until this year, when we had no choice but to do that."

NATO ministers are reportedly discussing the details of sending multinational battalions of up to 1,000 soldiers each to four Eastern European countries – Poland, Estonia, Latvia and Lithuania, starting in 2017. The formal decision to station troops in these countries of the former Soviet Block was made at the NATO summit in Warsaw in July, 2016. After Russia annexed Ukraine's Crimea peninsula and increased its military presence near NATO borders, Eastern European countries asked the alliance for a military presence. Germany is supposed to take the lead of the battalion in Lithuania and will be sending up to 500 soldiers. 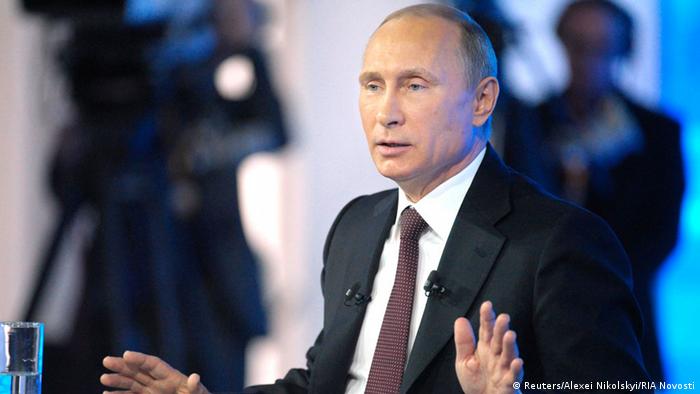 Since the late 1990s Russia has protested against NATO's eastward enlargement, viewing it as a threat to its own security. "We understood that Russia had its different perspective on NATO enlargement, but we thought that we had enough common interests to manage those differences and focus on the positive," Vershbow said. "Now, however, I think […] it is important for the system of power in Russia for President Putin to portray NATO as an enemy." The NATO Deputy Secretary General believes that the enlargement "actually created a network of stable democratic states along Russia's periphery." "The real instability facing Russia is in the South, not in the West," he said.

Speaking about Russia's current military involvement in Syria on the side of Syrian President Bashar al Assad, Vershbow said that Putin's "primary mission was to save Assad."

"I think one of the drivers was President Putin's misinterpretation that the West has some kind of a grand strategy for regime change," he noted. The US diplomat believes that "things have unfortunately deteriorated further as a result of Russia's intervention." The prospects for a diplomatic solution in Syria Vershbow described as "pretty dim right now."

"Nemtsova.Interview" is the title of Russian journalist Zhanna Nemtsova's weekly show on DW. The critical talk format focuses on interviews with leading European, Russian and American politicians and intellectuals, who have a strong stance on Russia.

What if NATO falls apart?