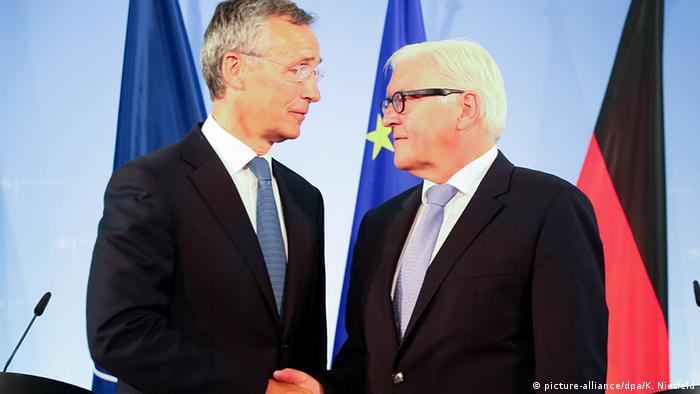 Stoltenberg on Friday gave his backing to German Foreign Minister Frank-Walter Steinmeier's call for talks with Russia on weapons control.

The former Norwegian prime minister also sought to counter criticism from some US quarters that weapons control talks were pointless. Opponents say no deals can be done with Russia because it has failed to adhere to existing agreements and due to the Kremlin's annexation of Crimea. 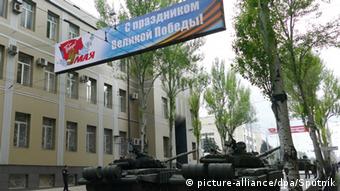 Washington accuses Russia of further stoking instability in the Donestk and Luhansk breakaway regions in eastern Ukraine, and of violations of international law - despite a series of agreements in the Belarusian capital, Minsk to keep a ceasefire between Ukraine and pro-Russia rebels, which has proved increasingly fragile.

However, Stoltenberg said he saw no contradiction between seeking new controls and ensuring that existing ones were observed.

Stoltenberg said Russia's annexation of Crimea and support for separatist rebels in eastern Ukraine had "shaken the peaceful order on Europe." However he added: "At the same time we cannot shut the door on Russia. Russia is our biggest neighbor and will be integral to future European security. NATO will continue to balance strong defense with meaningful dialogue."

Germany has been one of the European country's most keen to rekindle dialogue with Russia, and Steinmeier himself has warned against saber-rattling by members of the NATO alliance. He had reiterated this position on Friday morning.

"I believe there is a concern, which I share, that, for many years, we have basically given up on talks over arms controls, or at least not actively highlighted them," said Steinmeier. "It appears to me to be a mistake, and we must at least try to see if, on the Russian side, there is a readiness to talk to us again about aspects of our common security to ensure that we don't end up back on the same lines of conflict."

The United States on Thursday announced an expansion of sanctions against Russia, saying the move was aimed at countering efforts by Russian entities to circumvent existing sanctions on individuals and companies.

The US Treasury stressed the need for Russia to abide by its commitments to the 2014 and 2015 Minsk agreements, which are aimed at halting the fighting between Ukraine forces and pro-Moscow rebels in eastern Ukraine.