NATO's Breedlove says 'all tools' on table to help Ukraine 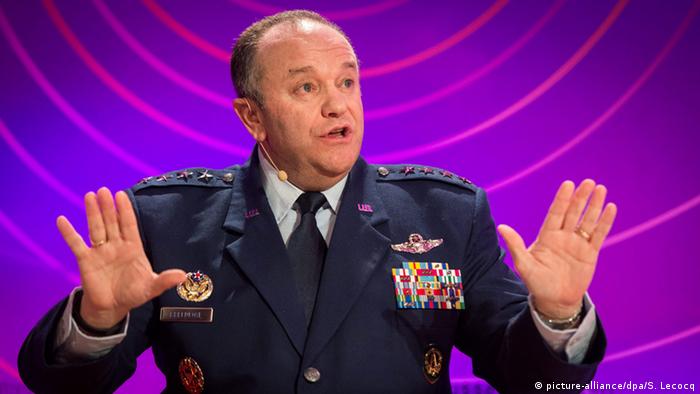 Washington has been discussing whether to supply Kyiv with weapons to assist their military fighting pro-Moscow rebels in eastern Ukraine which NATO says have been armed and are supported by Moscow.

Speaking at the annual Brussels Forum on Sunday, General Philip Breedlove said when asked if he favored sending weaponry to the region, "I'd not think that any tool of the US, or any other nation's power should necessarily be off the table."

Breedlove added, without specifically referencing Russia, that diplomatic, information, military, and economic tactics were being employed against Ukraine.

"And so we, I think in the West should consider all of our tools in reply. Could it be destabilizing? The answer is yes. Also, inaction could be destabilizing," Breedlove said.

Breedlove raised concern that last month's ceasefire deal between the separatists, Kyiv and Russia was not being observed, pointing to "disturbing" military developments in eastern Ukraine.

OSCE observers on Sunday reported artillery fire on the outskirts of the rebel-held eastern city of Ukraine, without apportioning blame.

Nevertheless, the overall rate of fighting has declined sharply since thesecond Minsk ceasefire deal, which called on both sides to withdraw heavy wweaponry from the front lines. The OSCE noted on Sunday, however, that neither side had offered sufficient access for its observers to confirm whether heavy artillery had indeed been pulled back.

Breedlove also used the Brussels Forum, organized by the German Marshall Fund think tank, to say that the West should employ a rapid-reaction approach to Internet communication that thwarts the "false narratives" Moscow is spreading on social media.

Russian President Vladmir Putin, Breedlove said, has been conducting information warfare as part of its actions against Ukraine.

When questioned about reports that Russia's ambassador to Denmark, Mikhail Vanin, had cautioned that Danish warships could potentially become Russian nuclear missile targets if Copenhagen were to join NATO's European missile shield, Breedlove commented, "anyone who wants to join in to this defensive capability will come under this diplomatic and political pressure," without explicitly naming Russia.

NATO Secretary General Jens Stoltenberg has said Russia is still arming and training rebel forces in eastern Ukraine. He also expressed concern about the withdrawal of heavy weapons amid fears they could be repositioned. (11.03.2015)

The Munich Security Conference has brought key players in the Ukraine conflict together in one venue. It has shown not only how far apart the West and Russia are, but there are also differences among Western allies. (07.02.2015)