Hackers have temporarily brought down the NATO alliance's online homepage and at least one related site. A group calling itself "cyber berkut" said patriotic Ukrainians unhappy with NATO had carried out the attack. 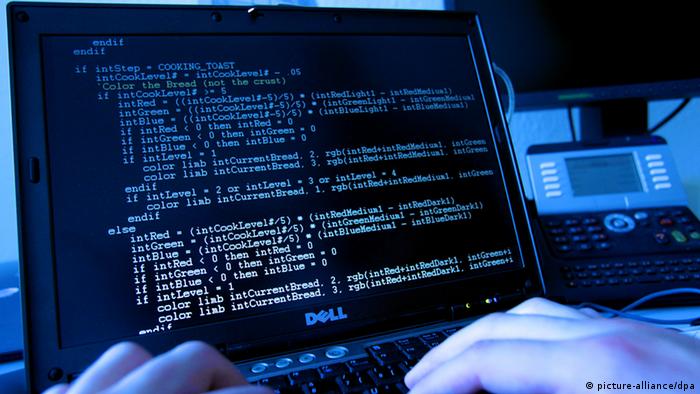 NATO spokeswoman Oana Lungescu said on Twitter that the cyber attacks had no affect on the military alliance's operations.

"Several #NATO websites have been target of significant DDoS attack. No operational impact. Our experts are working to restore normal function," Lungescu said on Twitter.

A distributed denial-of-service (or DDoS) attack is an attempt to flood or overload a server with huge volumes of traffic from multiple systems. Some also incorporate the use of malware or Trojans to seek to crash the server completely. Tracing them is technically challenging and sometimes impossible.

The www.NATO.int site, the North Atlantic Treaty Organization's homepage, was affected by the attack, as was www.ccdcoe.org - the homepage for the NATO Cooperative Cyber Defence Centre of Excellence in Tallinn, Estonia. The specialist cyber defense site was restored before NATO's main page. 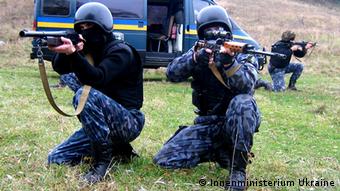 'Berkut' was the name of Ukraine's disbanded special police force

A Ukrainian group claimed responsibility for the DDoS attacks on the www.cyber-berkut.org website, a claim that could not be verified immediately. The authors, writing in Russian not Ukrainian, said patriotic Ukrainians were angry with NATO for interfering in its affairs.

Berkut is a reference to Ukraine's now disbanded special police and riot squads. The Berkut was involved in suppressing public protests in the capital Kyiv during the lead-up to President Viktor Yanukovych's ouster. On February 25, three days after the change of leadership in Kyiv, acting Ukrainian Interior Minister Arsen Avakov signed a decree disbanding the special civilian forces.

Several Ukrainian websites were hit by cyber attacks also claimed by a group calling itself cyber berkut in recent weeks.

Relations between Russia and NATO are particularly strained currently over the situation in Crimea, the Ukrainian peninsula that will vote on Sunday in a contentious referendum on joining the Russian Federation.