The interior ministry's special "Berkut" unit was originally created to fight organized crime, but now is mostly being used to oppress social and political protests. It's especially known for its brutality. 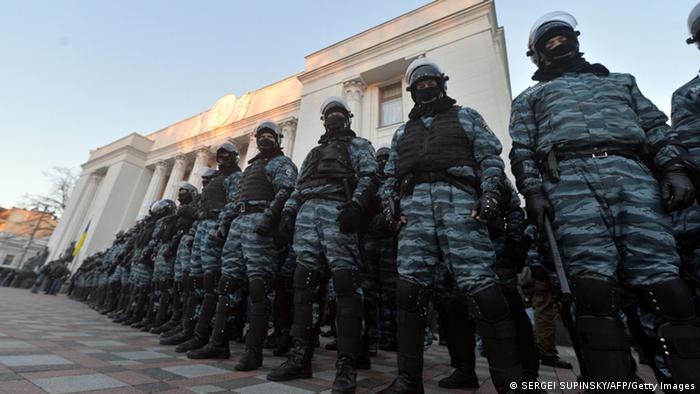 Opponents of the Ukrainian government were repeatedly injured in clashes that have taken place between demonstrators and security forces in recent weeks. The special unit "Berkut," which means golden eagle in Ukrainian, has often been involved in such missions. Ukrainian opposition parties are demanding dissolution of the unit.

Vitali Klitschko of the opposition party Ukrainian Democratic Alliance for Reforms is convinced that the unit has discredited itself. Its excessive use of force to disperse street protests has been causing an outrage in the Ukrainian society for some time now.

One of many special units

Berkut, Alpha, Omega, Falcon, Titan - these are all names for the different special units of the Ukrainian security service and the militia. Border patrol and customs agencies, as well as the military, have their own special units. But over past years Berkut has most shocked the public with its unnecessary brutality and aggression against demonstrators. 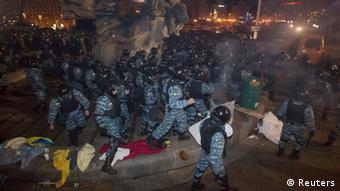 This applies in particular to the bloody suppression of the peaceful student protests on the Maidan, Kyiv's central square, on November 30. The students protested against the government's decision to shelve the negotiated agreement with the European Union due to pressure from Russia. It was also Berkut police who beat up demonstrators and journalists during riots in front of the president's office.

Experts point out that special units partially operate in a legal vacuum. Although states may need special units like Berkut, their strength, tasks and the enforcement strategies need to be regulated by law, said Mykola Chavronyuk from the Center for Political and Legal Reforms in Ukraine. Many think this Berkut needs more oversight. "The legislator has to clearly define its competence and duties, and especially what the unit is not allowed to do," he said.

Berkut was created in 1992 as a rapid response force to more effectively fight organized crime. To this day, only interior ministry decrees regulate the operations of the special unit. Therefore, only the government - which controls the interior ministry - ultimately decides when to deploy the unit. The parliament is left out of the loop. 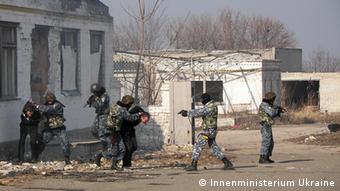 At its start, the unit was staffed by former special military personnel and experienced militiamen. Today, the requirement for members of the 4,000-strong unit is still to be physically fit. According to the interior ministry, there are four applicants for each vacancy. Not only hardened fighters are chosen, but also climbers, divers and snipers.

The average monthly salary is up to 500 euros ($688), depending on length of service and rank. An ordinary Ukrainian militiaman earns around 300 euros a month.

In contrast to militiamen, members of Berkut should be able to carry out arrests against armed criminals and members of the organized crime, and also free hostages. Berkut members are also trained for these tasks.

The fight against organized crime has become a mere secondary task of Berkut. According to the interior ministry, the special unit's main task of is "to secure the public order during state but also social, political and religious mass events, as well as during sports and cultural happenings."

In this context, Chavronyuk points out that interior ministry rules are not responding to important questions, such as: "What is a disturbance of the public order? What is the difference between ending a demonstration and the dissolution of mass unrest? At what number of participants it is a mass event?," he asks.

Suppression of political and social protests 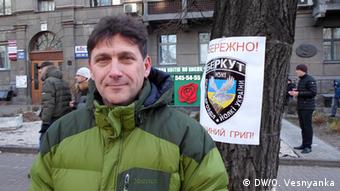 Ukrainian human rights activist Oleg Martynenko is alarmed that even during peaceful protests, there as many Berkut members as there are demonstrators. "The government is the one deciding which meeting will be dissolved. Then the commander of the special units sends his troops to the place of action," he said.

Additionally, psychological training to target criminals reflects in the unit's approach. Berkut members see demonstrators as a threat, which they could be willing to eliminate by any means. The men are allowed not to carry out illegal commands, yet it's likely that most of their commanders' orders seem to be suitable.

"They simply just can't judge which orders are lawful," Martynenko explained. They also don't know enough about citizens' and demonstrators' rights - which human rights advocates fear has allowed the special units to increasingly became tools for the oppression of political and social protests.

Berlin and Moscow at odds over Ukraine?

Ukraine may become a bone of contention between Berlin and Moscow. Russia criticized a visit to Kyiv by German Foreign Minister Westerwelle, and now Chancellor Merkel plans to support opposition leader Vitali Klitschko. (09.12.2013)

Ruslana: 'There is no way back'

Ruslana, Ukraine's winner of the 2004 Eurovision Song Contest, has cancelled her concert tour to Belgium. Instead, she joined the ranks of protesters on Kyiv's Independence Square, where DW met the activist. (05.12.2013)