NATO summit in Spain focuses on Russia and China 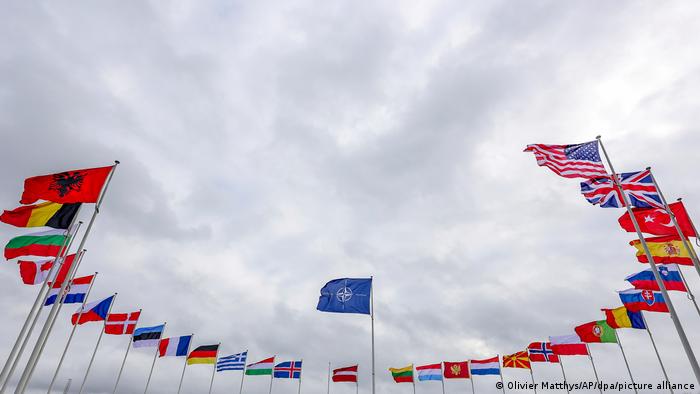 Leaders of NATO countries and allies are gathering in Madrid on Tuesday, with the main topics of discussion likely to be Russia's invasion of Ukraine and China's growing international ambitions.

"It is extremely important that we are ready to continue to provide support because Ukraine now faces a brutality which we haven't seen in Europe since the Second World War," NATO Secretary-General Jens Stoltenberg said ahead of the gathering.

Members are expected to agree to stockpile weapons and equipment in eastern Europe and the Baltic States, and to dramatically increase the number of troops based in those regions. There will also be more support for Ukraine to upgrade its military, which still uses mostly Soviet-era equipment.

Speaking ahead of the summit on Tuesday, US National Security Adviser Jake Sullivan said the US is planning to announce new "land, sea and air" military deployments "over the long term."

"The forces will be focused on the Baltics, Balkans and NATO's eastern flank bordering Russia," he said.

The alliance is also seeking to assist Kyiv without having a direct confrontation with Russia, which is one of the reasons why Ukraine is still not a part of the group despite being on a path to membership since 2008.

Ukrainian President Volodymyr Zelenskyy is scheduled to address the summit by video call. He has acknowledged that joining NATO in the near future is unlikely, and is instead focusing on seeking membership in the European Union.

Biden and Sanchez announce cooperation on defense and irregular migration

US President Joe Biden was welcomed to Madrid by Spain's King Felipe VI before meeting with Prime Minister Pedro Sanchez. Biden and Sanchez discussed the fight against what Sanchez called the "hybrid threat" of irregular immigration from Africa — fueled he said, by rising food prices resulting from Russia's war in Ukraine — as well an expanded US military presence on the Iberian peninsula.

The talks came just days after North African immigrants stormed a Spanish enclave in Morocco in an attempt to reach Europe. At least 23 migrant were killed in the event and many more injured in the attempted mass crossing.

Addressing reporters after their meeting, Sanchez told reporters the two had discussed "increasingly prominent challenges" facing the Western Sahel region of Africa, exacerbated he said, by Russia's expanding presence and its cultivation of proxies at Europe's southern flank.

Biden said that the US intends to bolster NATO's presence on its southern flank by expanding the number of navy destroyers stationed in the southern Spanish port of Rota from four to six.

The US president said that was just the first of several announcements that he would be making at the summit.

A joint statement issued after the meeting said President Vladimir Putin's invasion of neighboring Ukraine had, "fundamentally altered the global strategic environment, noting that Russia's "aggression constitutes the most direct threat to transatlantic security and global stability since the end of the Cold War."

"The president said before the war started that if Putin invaded Ukraine, the United States and NATO would enhance the force posture on the eastern flank, not just for the duration of the crisis, but to address the long term change in the strategic reality that that would present," said National Security Adviser Sullivan.

The US began increasing its troop presence in Europe shortly before the February 24 invasion, adding another 20,000 soldiers to its deployment contingent of 80,000 on the continent. 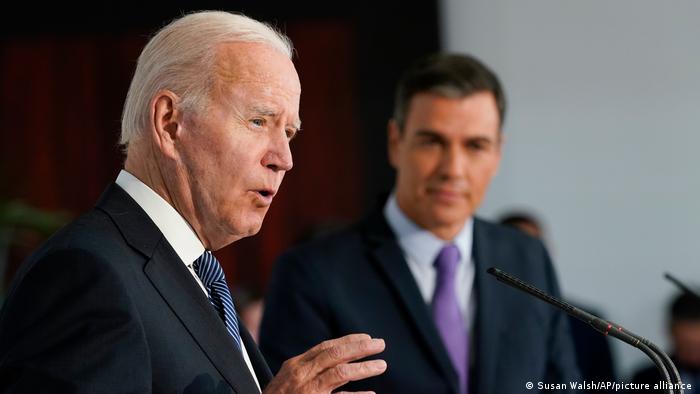 The leaders of Japan, Australia, South Korea and New Zealand have been invited as guests to the summit for the first time. All four have been supportive of Ukraine but are also attending due to increased concerns about China's military presence in the Pacific.

US President Joe Biden is expected to hold a trilateral meeting with the leaders of Japan and South Korea Wednesday.

"The president tomorrow will have the opportunity to host a trilateral meeting with the president of Korea and the prime minister of Japan. This will be the first trilateral leaders level meeting that we've had in some time," said US National Security Adviser Sullivan The meeting was mediated by NATO boss Stoltenberg. Though President Biden will meet with Erdogan Wednesday, Security Adviser Sullivan says the US has no role to play in negotiations.

Finnish media are reporting that the Finland, Sweden and Turkey will issue a joint statement later on Tuesday.

Erdogan is currently blocking both bids over accusations that the two Nordic countries are supporting the Kurdistan Workers' Party and the YPG, a Kurdish militia based in Syria.

"We do not want empty words, we want results," Erdogan told reporters in Ankara ahead of his departure for Madrid. "If Sweden and Finland are to become NATO members, they have to take the security concerns of Turkey seriously," he added.

Ankara, which has at times engaged in armed conflict with Kurdish independence movements, has classified both as terrorist groups.

Sweden and Finland have disputed Erdogan's claims. After decades of demurring, both countries are seeking NATO membership over concerns about Russia's aggression.

Turkey's anger over US military installations in Greece and delays in the previously planned delivery of US F-16 fighter jets will likely be part of Erdogan's Wednesday meeting with Biden.

The leaders of the G7 condemned the attack on a crowded shopping center in central Ukraine, saying it could constitute a possible "war crime." DW has the latest.