Ahead of NATO summit, alliance sets out plan to increase high-alert forces

Ahead of the annual NATO summit in Madrid this week, the alliance's chief has announced plans to increase the number of its high-readiness forces and bolster its eastern flank. 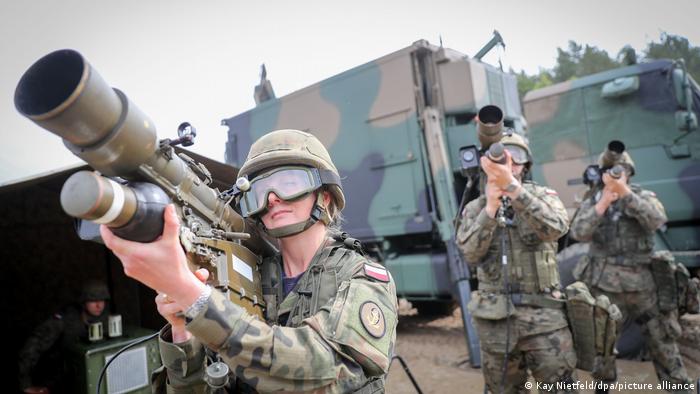 NATO has deployed more than 40,000 troops under its direct command, mainly on its eastern flank

"We will transform NATO's response force and increase the number of our high readiness forces to well over 300,000," NATO Secretary-General Jens Stoltenberg told reporters in Brussels on Monday, as part of what he called "the biggest overhaul of our collective defense and deterrence since the Cold War."

His comments came a day before the world's largest military alliance was set to convene in Madrid for the annual NATO summit.

This year's meeting will take place against the backdrop of Russia's war in Ukraine, making NATO keen to secure its frontiers, especially along the eastern border to Russia.

Since the war began, the alliance has already deployed more than 40,000 troops under its direct command, mainly on its eastern flank.

According to Stoltenberg, the reinforcement will help the alliance react in crises with "better deployment capabilities."

"It's very important that France has deployed additional troops and planes to Romania, for example, the southeastern flank. I think it's really important to show that it's not just the northeast where NATO is threatened and where the allies are actually helping, but it's the entire eastern flank," he told DW.

NATO is also keen to double its collective defense expenditure besides increasing its military presence.

According to a 2006 pledge by members of the alliance, every NATO country has to dedicate 2% of its GDP to defense. Jim Townsend, former US deputy assistant defense secretary for Europe and NATO under former US President Barack Obama, points out that there have long been divisions between countries with respect to how much each member spends. 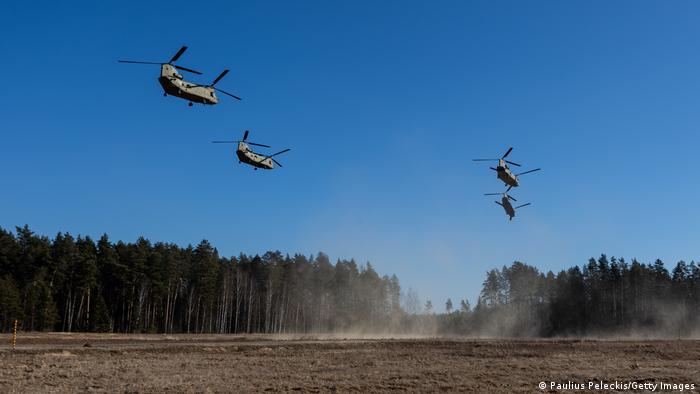 "While most NATO countries are reaching the 2% threshold, the United States has always wanted to make sure that the allies are investing their fair share when it comes to defense and that there are no free riders," said Townsend, who is currently an adjunct senior fellow in the CNAS Transatlantic Security Program.

Now, however, the allies are pulling their weight. "Right now, I think [Russian President Vladimir] Putin particularly has scared enough of the allies. So they're putting a lot more money into defense," he told DW.

NATO unity is a priority

The NATO chief also highlighted that the alliance was keen to find solutions to resolve tensions between Turkey and the Nordic nations of Sweden and Finland.

After embracing decades of military neutrality, Finland and Sweden recently announced that the current security tensions with Russia had made it important for their countries to join NATO.

But their accession process has been delayed after objections from NATO member Turkey.

Ankara claims the two countries have ties to Kurdish groups such as the Kurdistan Workers' Party (PKK) and the Syrian People's Defense Units (YPG), which Turkey brands as "terrorists."

"Well, certainly a couple of champagne bottles were popping in the Kremlin when Erdogan a couple of weeks ago announced that he's going to veto Finnish and Swedish NATO's accession," said Freudenstein.

"Is Erdogan going to be able to block this for an extended period? I doubt it," he said. "He wants to exact a price. He wants arms exports from the US and he wants a Swedish condemnation of the PKK. There are even some Swedish politicians from Kurdistan in the Swedish parliament. But a solution will have to be found and a solution can be found, I'm absolutely convinced." 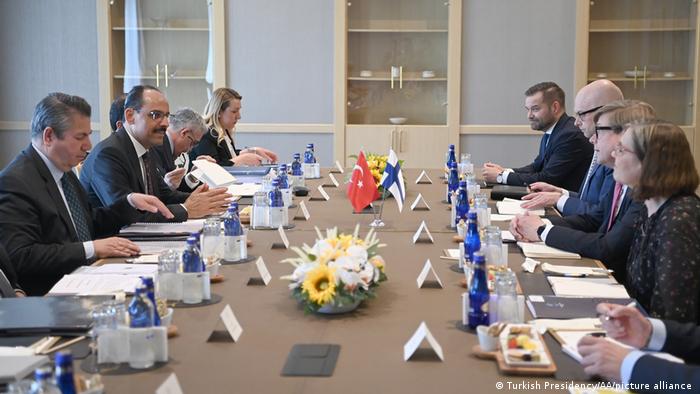 Officials from Finland, Sweden and Turkey met last month to discuss their differences over Ankara's claims

Dialogues have been taking place between the three nations to find a solution, and further discussions are expected at the summit in Madrid.

Townsend also highlighted that one priority at the NATO summit must be to show Putin that the West and the NATO allies are united in their support of Ukraine against the Russian invasion.

"NATO's display of unity will include showing the Kremlin that there is no splintering or divisions, whether with Turkey or Hungary or any other member," he said.

China on the agenda?

Stoltenberg also aims to harden the alliance's stance toward China, citing Beijing's close ties with Russia and threats toward other regions in Asia.

According to Townsend, NATO will consider whether China needs to be monitored and will adopt tougher language toward Beijing as a part of the alliance's Strategic Concept, a key document which charts NATO's future security path.

"Beijing's support to Russia and its aggressive actions towards other nations in the Asia-Pacific are bound to make NATO address that the alliance needs to take part in bearing the burden of what China is doing in Asia," said Townsend.

He added that NATO members like France, Germany, the US and the Netherlands might also discuss increasing their presence in the Indo-Pacific region.

Besides China, discussions about Asia-Pacific security will also take place at the this week's summit, with Australia, Japan, New Zealand and South Korea attending as "partner" countries.

Townsend believes their presence gives the summit a global significance.

"The rest of the globe should watch and hope that NATO comes out of this summit showing strength and unity to oppose Russia, because Russia has trampled the international system with this war," he said.

"If I lived in the Indo-Pacific or in South America or elsewhere in the globe, and have benefited from this international structure of cooperations between countries, I think I would want to see Russia not getting away with flouting this system," he added.