NATO Secretary-General Jens Stoltenberg has urged the Turkish and German foreign ministers to resolve their differences over visits to Turkish military bases. The dispute is part of a wider row between the two allies. 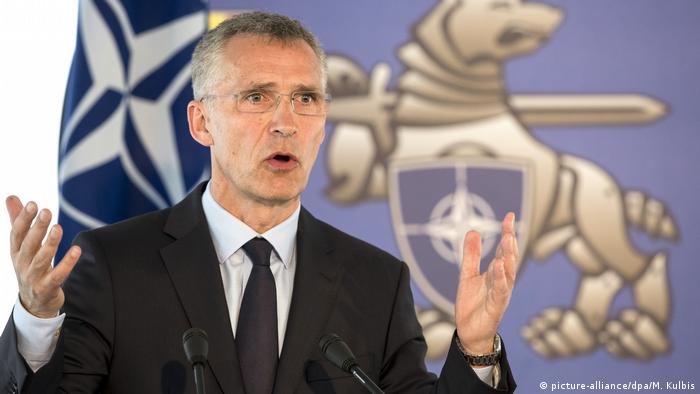 Stoltenberg called German Foreign Minister Sigmar Gabriel and his Turkish counterpart Mevlut Cavusoglu on Friday to ask them to settle the disputes, a NATO spokesman said.

In the face of Turkey's actions, calls have been amassing for Germany to withdraw its military from Turkey altogether.

Germany has already started to pull its personnel from one base in Incirlik in southeast Turkey but may now consider withdrawing service members from the NATO-base in the south-central city of Konya, located 250 kilometers (155 miles) south of the Turkish capital, Ankara, as well, as German parliamentarians were once again refused access to the soldiers stationed there. With Germany's armed forces being under parliamentary control, Berlin says that lawmakers have to be able to have access to the soldiers as per German law.

Stoltenberg stressed that the base in Konya was highly important for the fight against the self-styled terrorist group "Islamic State" (IS) in Iraq and Syria. Stoltenberg meanwhile also paid homage to those who lost lives while resisting last July's coup attempt in Turkey and stressed that any attempts to undermine democracy in any one of NATO allied nations was "unacceptable." It was unclear, however, whether Stoltenberg was referring to the coup or hinting at Turkish President Recep Tayyip Erdogan's crackdown on dissidents ever since.

"We hope that Germany and Turkey are able to find a mutually acceptable date for a visit," a NATO spokesman said, suggesting that the issue between Turkey and Germany might still be resolved during a face-to-face meeting.

The list of disagreements between Germany and Turkey has, however, been growing since the July 15, 2016 failed coup in Turkey. Germany has squarely refused to extradite asylum seekers to Turkey whom Ankara has accused of having been involved in the thwarted coup attempt. Turkey meanwhile has incarcerated several German nationals as part of the ongoing purge since the coup attempt, including journalist Deniz Yucel.

Reactions from German politicians with regards to the latest confrontation between the two countries suggest that some kind of action might be taken in the foreseeable future. 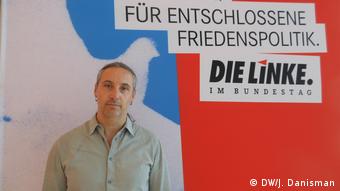 Wolfgang Hellmich, chairman of the Bundestag's Defense Committee, said that under these current conditions, he saw "no possibility" of extending Germany's mandate to deploy troops in the fight against IS. German soldiers currently still contribute to a NATO air surveillance mission out of the NATO base Konya, with their mandate due to expire in November this year.

Alexander Neu of the Left party, who was supposed to travel to the base in Konya on July 17, said that if no visits were allowed "before September, then I think the right thing to do would be to pull out of all the bases in Turkey. Anything else would be a further act of humiliation." Neu, however, also told DW that he believed Erdogan held the upper hand in the ongoing standoff. 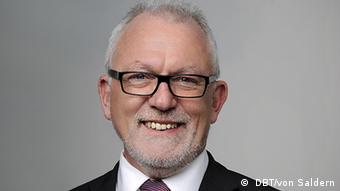 "Erdogan is engaged in his own geopolitics which is, above all, directed against the US presence in the region." Neu believes that no matter what Erdogan does, "he can't be thrown out of the NATO alliance, and can still demand NATO protection."

Rolf Mützenich, vice-chairman of the Social Democrats' (SPD) parliamentary group on foreign policy, defense and human rights, meanwhile disagreed with that view and warned Erdogan against overestimating his power within the military alliance.

"I think that the Turkish government would be well advised to recognize that their actions are a very serious matter for the whole NATO alliance."