NATO's chief Jens Stoltenberg has said Russia's President Vladmir Putin was engaging in destabilizing and provocative activities. Moscow has announced it would add dozens more missiles to its nuclear Arsenal. 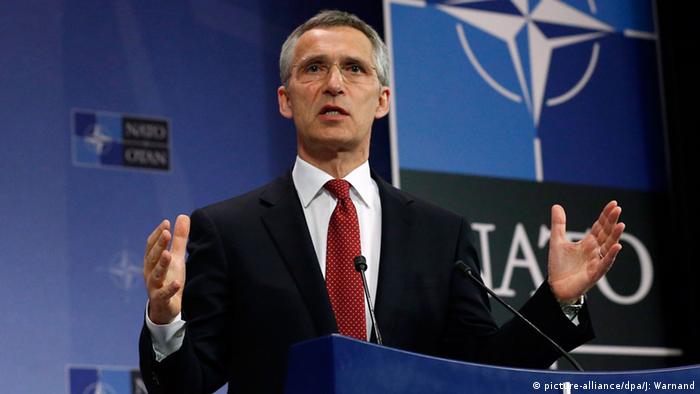 "This nuclear sabre-rattling of Russia is unjustified. This is something we are addressing and it's also one of the reasons we are now increasing the readiness and preparedness of our forces," Stoltenberg said.

NATO was responding to Russia's actions by ensuring the alliance could provide "the terms of protection of all allies against the enemy," the bloc's head asserted after a meeting with the European Commission head Jean-Claude Juncker.

NATO defense ministers were meeting in Brussels next week to discuss further plans. US Defense Secretary Ashton Carter was expected to update his European counterparts on the latest strategies for the organization.

Vladimir Putin declared on Tuesday that his government would add 40 more intercontinental ballistic missiles (ICBMs) to its arsenal of nuclear weapons. His announcement came a day after US declared plans to station tanks and heavy weapons in NATO member states like Lithuania, situated on the border to Russia. 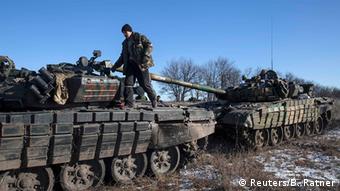 "We have no other possibilities," Lithuanian Defense Minister Jouzas Olekas told the Reuters news agency. Olekas said that by doing nothing, his country would be inviting agression from Russia. He compared the situation with that of Ukraine.

Moscow's officials condemned the plans as the most aggressive act by Washington since the Cold War. "The feeling is that our colleagues from NATO countries are pushing us into an arms race," Russian Defense Minister Anatoly Antonov told RIA news agency.

No end to conflict

Relations between US, European Union countries and Russia have been tense since early last year, when Moscow annexed Crimea from Ukraine. Western countries accuse Putin of backing separatist rebels, who have since declared eastern Ukraine as their independent republic. More than 6,000 people have died in the conflict between Kyiv's army and rebel forces.

A ceasefire accord between Kyiv and the rebels signed in March this year has failed to produce any results, prompting Western countries to uphold sanctions against Moscow and fortify their borders to Russia.