What can the EU do to save itself? It's a question that obsessed well-known Austrian author Robert Menasse - to the point that he actually moved to Brussels to find out. 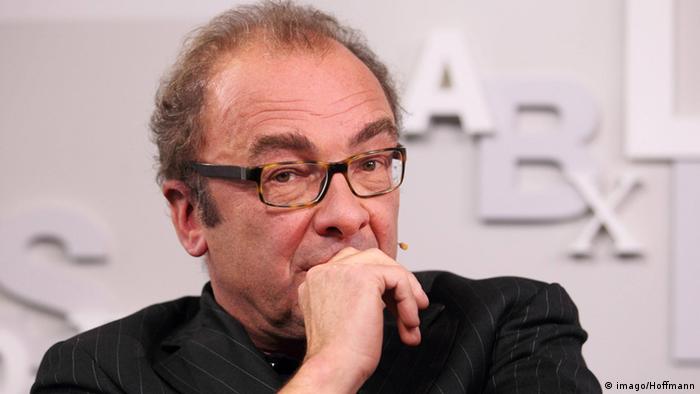 In truth, renowned Austrian author Robert Menasse wanted to write a book about the European Union. He traveled to Brussels and researched EU institutions for six months to do so. But his sometimes surprising experiences with EU officials and general thoughts about the future of the EU can be found in his soon-to-be-written essay, "The European Chronicle - citizen anger and Europe's peace." (Menasse is currently writing the originally planned novel.)

Deutsche Welle: Mr. Menasse, you spent six months in Brussels doing research. What were your experiences with the EU?

The so-called Brussels' bureaucracy isn't barricaded off from the outside world. It's also not true that the people sitting in there have no experience of the real world - just concocting things without having any sense of what life on the outside is like. I was surprised at how open it was and how transparently the bureaucracy in Brussels conducts its business.

In your book, "The European Chronicle," you don't hold back with criticism. In particular it's the European Commission that you have in the crosshairs. What is it, exactly, that bothers you about this circle of leaders?

The responsible political elites are voted for nationally and can only prepare for re-election nationally. That means that they have to try unceasingly to pursue national interests.

How do you see that in the context of Great Britain's special role? Do you think it would be better if Great Britain, as a result of its egoism, were to exit the EU? 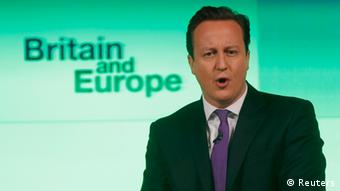 Great Britain is a member of the EU and a part of Europe. But in the EU, English policies create a relentless string of crises. They don't have the euro currency, they're not part of the Schengen agreement with its border-less interior, and they don't participate in collective bank supervision. It can't be that, due to UK national interests the progress of the entire continent is constrained - and that a single country can continue to hold 26 others hostage.

Isn't it important for the European Commission to have an influential voice in order to stop any unrealistic decision-making happening in Brussels - and also to ensure that the legitimate interests of nation-states aren't lost?

Let me give an example. Before the introduction of a common currency the Europe Commission declared that it would only work in conjunction with a collective fiscal policy. The Commission proposed that the European Union help Greece to develop a tax system based on collective European standards. Germany, Poland and [the UK] England vetoed it. Why? Because of national interests! The Polish said, "We don't want a collective European tax law, since we're assuming at the moment that we can bring in businesses and capital through tax incentives." The Germans also voted against it because they assumed that the Commission was using this a step toward a Europe-wide fiscal system. Germans didn't want that, since they said tax limits and budget limits had to remain issues of national sovereignty.

Within the context of the financial crisis, Angela Merkel in particular has made a number of accusations. What has the German chancellor done wrong in your opinion? 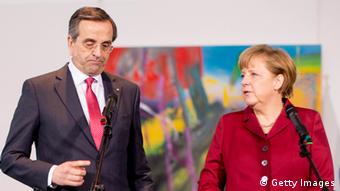 I critiqued her hesitant policies, the ones that led to the crisis becoming increasingly expensive. Although, the policies that Angela Merkel has enacted are, in a certain sense, sustainable. Her voters are in Germany. She was worried that German taxpayers would say, "We don't want a chancellor who shovels our cash over to Greece." I don't know whether she really didn't know how much more expensive her delay tactics were, but it seems she regularly voted against possible solutions that she then voted in favor of later.

One effect of the financial crisis is the threat that many Europeans might lose their belief in the European Union. What can - or must - the EU do in your opinion so that people will vote again with confidence?

If politicians would join the public debate and say, "There are failures. We're going to fix them so that you can enjoy the freedom of travel, the freedom of establishment, a collective currency and so on. Then people would regain confidence."

Robert Menasse (born in 1954 in Vienna) is one of the best-known authors of his generation. The historian and doctor of philosophy has not only written many novels that were well-received in the German-speaking world, but is also known as an incisive essayist. On March 27 Robert Menasse will be honored with this year's Heinrich Mann prize from the Berlin Academy of the Arts.

Ex-World Bank head: EU not out of the woods yet

While the urgency of the debt crisis has eased, Europe still faces difficult challenges, Robert Zoellick tells DW at the Munich Security Conference. He also explains why the Mali crisis shouldn’t have been a surprise. (03.02.2013)

Next year the EU aims to lift all internal border restrictions, including to Romania and Bulgaria. But the British government seems to be in two minds about what to do with the potential influx, writes Lars Bevanger. (01.02.2013)

The EU needs to become more democratic and transparent, says President of European Parliament Martin Schulz. No country can afford to stand alone, he tells DW - not even Great Britain. (01.02.2013)