Ex-World Bank head: EU not out of the woods yet

While the urgency of the debt crisis has eased, Europe still faces difficult challenges, Robert Zoellick tells DW. He also explains why the Mali crisis shouldn’t have been a surprise. 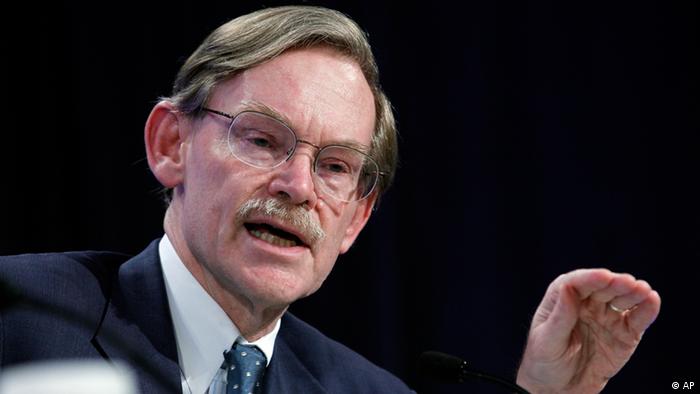 DW: Europe's debt crisis hasn't been in the news for several days now - a long period by European debt crisis standards. Does this signal that Europe has now finally mastered the crisis and we are over the hump?

Robert Zoellick: Clearly, the good news is conditions have stabilized somewhat, and you have seen this in some of the lower interest rates for some of the Mediterranean countries. But I very much agree with Mario Draghi, the head of the European Central Bank, who warned against complacency. And the German leaders have done so as well.

I think what we have seen is some of the extraordinary actions of the ECB really starting about this time last year, but particularly in the summer, have lessened the pressure and they bought time. But the fundamental challenges of the fiscal and structural reforms remain to be undertaken. So I think 2013 will be a year in which one will see whether the new Italian government continues the reforms (and whether) the Spanish government, which has taken some very difficult steps, will persist with them. (Greek) Prime Minister Samaras recently said in a group I was with, that he has basically the year to show some upturn because he has populism on the left and the right. So we are not through with this by any means yet.

A negative surprise for the world economy came from the US recently when it was released that the US economy contracted slightly last quarter. Was that just a one-time slip, or do you see dark clouds on the horizon?

Most economists have suggested - and I think they are probably right - that that was due to a sort of combination of volatile factors like defense spending and inventory issues. Most people are forecasting - and it's quite unusual actually to have this level of consistency - growth of about two percent. Having said that, I think later in the year there are going to be some tax increases that were voted in last year that could be a bit of a drag on the economy. And even two percent growth is not the kind of growth that can get the US economy where it needs to be. So the US faces a different set of challenges. 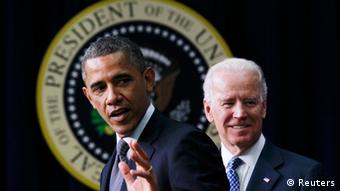 Many people heard President Obama's inaugural speech talking about issues other than the spending on entitlements. You heard about immigration, gun control and others. So they will watch very closely his state of union in a couple of weeks to see whether he will engage on this because otherwise the Republicans will probably say: Are we confident that we can actually do a deal? And if the President doesn't signal that he wants to in a serious way than I am afraid we will be kicking the can down the road, which is not good.

Perhaps the only new element in Vice President Joe Biden's speech in Munich was his support for the idea of a transatlantic free trade pact, which should be done in a one-off negotiation session. Do you support that, and do you think this is realistic?

Those are two very good questions. I support anything that opens markets and tries to free up trade. And I think the right kind of transatlantic agreement could help both partners deal with some of their structural reforms, be more competitive without spending more money. So I think that's a good thing. I think what I hear on the European side, and I think this is an understandable concern, is: Will President Obama be very serious?

As a former trade negotiator myself, I know there is a difference between words and action. And this will be a complex agreement. There will be difficult issues on the agricultural side. There are issues of standards and regulation. There are a lot of European voices that are willing to take this step. But they want to know that the US is serious and that is something that will have to be communicated in a variety of ways. 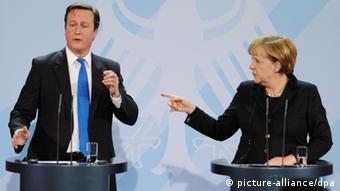 Talk of an EU exit in Britain - is it all bluster?

In European politics, British Prime Minister Cameron's speech on Europe promised the British people a referendum on EU membership. The British relationship with the rest of the EU and vice versa has soured and over a very long period of time. Wouldn't it be best for both sides if they would just split up?

I think British-European ties are too deep and lasting. The political, historical, economic area and trade interests are so strong. What he is trying to suggest is: We need more flexibility in the EU. Britain should be part of the EU. He is arguing against the skeptics. But, he said, we need frankly some changes in the service sector to be more competitive. We need flexibility on some of the labor and social rules and so forth.

Now this will be controversial in some quarters of Europe, but I think in that sense he is really pointing to the agenda that Europe needs to consider. And I think this is a big issue for Germany. Because in some ways as I listen to Germans talk about economics and I listen to this British government, there is a lot of similarity. They are trying to have fiscal discipline. They are trying to have more market competition, they believe in free trade. So, look, Germany will be the dominant player in the EU. I know it can't do that by itself, but it will be the dominant player. So the question is on the British side. Will they do more than make a speech?

In Mali, France alone and not with the European Union decided to intervene militarily. Were you surprised by the French intervention and by the fact that it was carried out without much assistance from its European partners or the US? 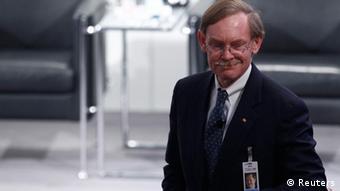 Zoellick views the crisis in Mali as having been foreseeable

My perspective on this again is a little different because I have actually visited Mali in the past couple of years. At the World Bank, we were talking about some of the difficulties in the North including the Tuareg. And I actually came back and tried to even say to some of the governments including the US government, let the World Bank help on some of the development side which is part of the frustration for the Tuareg. But somebody must also help on the security side. Then I watched what happened in Libya. And again, I don't think one had to be a genius to understand there is going to be an overflow of people and weapons from Libya. So my greatest surprise was that Europe and the United States were taken by surprise. In other words, I honestly think that this is something that with a little bit of anticipation you could have seen brewing.

I think the French were surprised and therefore they put in some forces to stop it. In a sense, I respect them for doing so, but I think everybody needs to have a clear-eyed view that this is just the start. As though people have melted into the sands - well, that doesn't mean they are gone. And as we have seen in other places the danger is you do the first stage of thwarting a sort of more conventional aggression, but then you have to deal with suicide bombers and others. So I actually hope that the United States and others support France in this effort.

At the Munich Security Conference, America's former Israel ambassador Martin Indyk shares his views on Syria with DW, including the links he sees between the Syrian crisis and the conflict over Iran's nuclear program. (01.02.2013)