Nashville, Tennessee has the largest Kurdish population in the US. Many members of the community say they feel hurt by Donald Trump's decision to withdraw troops from northern Syria. DW's Carla Bleiker reports. 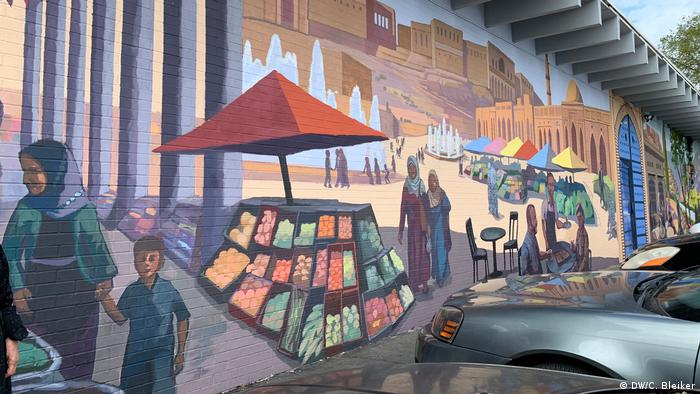 Friday, just before noon — the call to prayer echoed across the anteroom of the Kurdish Salahadeen Center. Two little boys in suits peered into the women's prayer room before they ran off, giggling. A few stragglers quickly took off their shoes before dashing into the prayer room for men and women and taking a seat on the floor. Some of the women talked quietly amongst themselves but when the Imam began to speak, the adults in the prayer rooms fell silent.

After prayer, people gathered in the Salahadeen Center's anteroom, helping themselves to baklava pastries and chatting. Others walked to their cars, parked in front of a mural of a bazaar scene. The scent of grilled meat and freshly baked bread wafted through the air. After a few hours at the Salahadeen Center, you could almost forget you were not in the Kurdish areas of Iraq or Turkey. This cultural center, however, is located in the southern US state of Tennessee — it is the heart of Nashville's Little Kurdistan, the largest Kurdish community in the country.

About 15,000 Kurds, a third of the total Kurdish population in the US, live in Nashville, otherwise known as the capital of country music. Many of them are US citizens who have lived in the country for decades. Donald Trump has thoroughly ruined his chances with these potential voters. Just a few days after the US president announced the withdrawal of troops from northern Syria, Turkish forces launched a military operation against the Kurdish YPG militia. The group has been an important US ally in the fight against the Islamic State group. The Turkish government has declared the YPG a terrorist organization.

The people of Little Kurdistan are horrified and disappointed. "I hope no Kurd will vote for Trump in the next election," said one of the women after noon prayer at the Salahadeen Center. Who should become president instead? "Anybody but him," she said, arguing that Trump was supposed to take care of the Kurds. "The Kurds took care of ISIS for him. We feel betrayed." From bakeries to supermarkets and a community center, Kurds in Nashville have embraced the city

A reminder of home

The first Kurds to come to Nashville in the 1970s were refugees fleeing violent conflicts in Iraq. The US government randomly chose to settle them in Tennessee, and Kurdish refugees soon expressed a concrete wish to live in Nashville, one of the reasons being that the climate and vegetation are similar to those in Kurdistan. The immigrants were welcomed with the South's famed hospitality. The openness and cordiality of the people in Nashville is a reason why Nawzad Hawrami loves the city so much. The co-founder and office manager of the Salahadeen Center first came to the US in 1998, and settled in Nashville soon after.

The second wave of Kurdish immigrants came to Nashville in the 1990s, after Saddam Hussein ravaged their towns and villages with chemical weapons. About 14 kilometers (8.6 miles) south of downtown Nashville, Little Kurdistan grew, boasting the Salahadeen Center, a Turkish-Kurdish restaurant and several Kurdish supermarkets.

Various types of bread baked in large traditional stone ovens are available at the Newroz Market, where fresh cuts of meat hang in the cold storage room and shawarma and baklava are on display at the front of the store. It is only a few minutes' drive up the street to a Kurdish kindergarten. Further down the road, the Salahadeen Center set up a Kurdish cemetery and a soccer field. 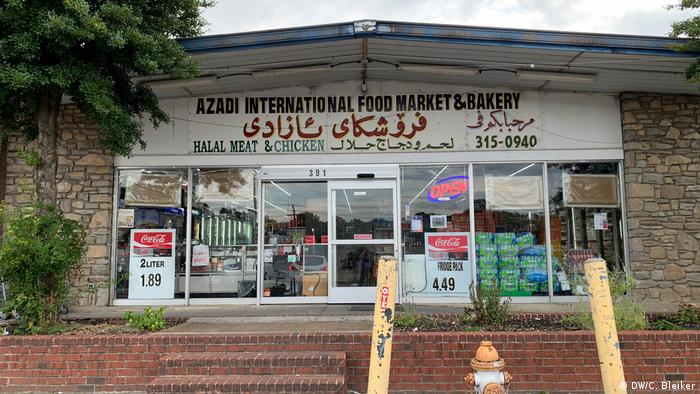 Nashville is home to the largest Kurdish community in the US

"Kurds love soccer!" said Hawrami. His office is a mix of US culture and Kurdish tradition, with your typical big, shiny high school sports trophies, most of them for a Salahadeen Center soccer team, and a bookshelf that holds an elaborately decorated Kurdish translation of the Koran and a Kurdish volume of poetry. Two small flags decorate Hawrami's desk: the Kurdish flag and the Stars and Stripes.

Beaming, Hawrami told DW how great he thought the US was — "the country of freedom and justice" — how much he liked being a US citizen and how great the people were. But he also said he could not understand Trump's decision to free up northern Syria for Turkey. "The situation in Syria now is hurtful," he said, pointing out that the Kurds were after all "part of the coalition defeating ISIS."  The Kurdish community in the US never saw that decision coming, he added.  Hawrami noted the thousands of people who now had to flee their homes in northern Syria, he mentioned Turkish bombings and the violence the Kurds had already experienced in the past — then his voice failed him.

'Stand with your Kurdish allies'

After the noontime prayer at the Salahadeen Center, many members of the community headed to downtown Nashville to march in a Kurdish peace demonstration. Hundreds of people waving Kurdish and American flags shouted "Stop the Turkish oppression!" and "USA, stand with your Kurdish allies!" The crowd cheered for every car sporting Kurdish flags that drove past and honked its horn. 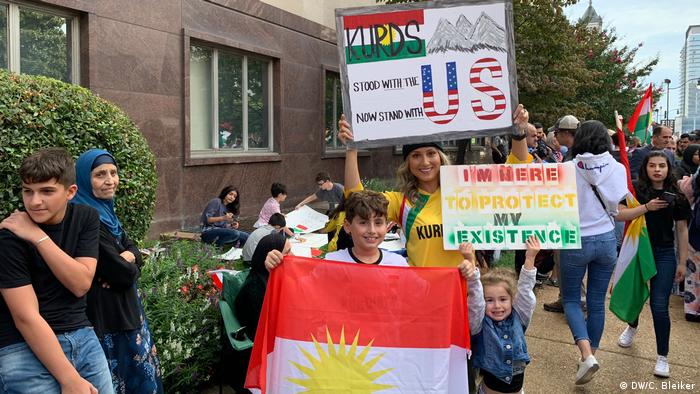 Jiyan attended the protest in Nashville with her two children

"This is about our existence," said Jiyan, who was at the protest with her two young children. The young woman fled from Saddam Hussein to the US in 1993. President Trump must protect the Kurds from Turkish troops, just as Kurdish fighters have protected the US from the Islamic State, she argued.

Kirmanji Gundi, a professor in the educational leadership department at Tennessee State University, said economic interests were behind Trump's decision to withdraw from northern Syria. He said he fears terrorist organizations in the region will grow stronger again and that many people will die, including US troops.

"President Trump is going to realize his grave mistake when he's counting American soldiers in body bags and writing letters of condolences to the families," Gundi said. "Perhaps then he's going to realize what he has done."