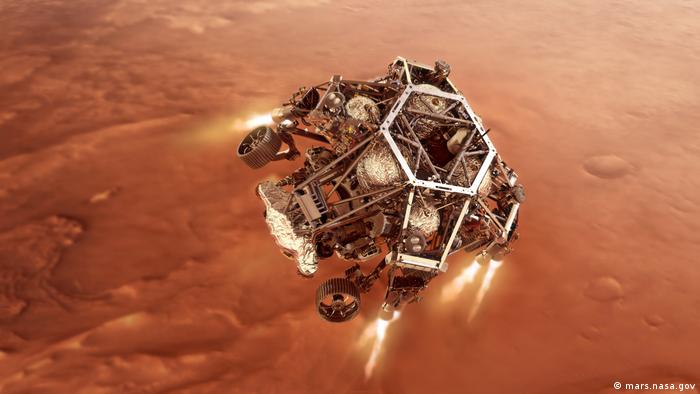 February was full of nail-biting moments of truth for three countries — indeed, the world — as three separate Mars missions approach the red planet. The Hope craft launched by the United Arab Emirates was the first to successfully enter the orbit of Mars. China's Tianwen-1 and the US's Mars 2020 craft also reached for the red planet with orbiters and rovers.

Of the three missions, the US's brings the most experience and confidence. It is also the most innovative. Its cargo includes the first made-for-Mars helicopter: Ingenuity.

It will be the first to test flight on another planet, in an atmosphere that's thinner than the Earth's, and may help our understanding of future human spaceflight beyond the moon. 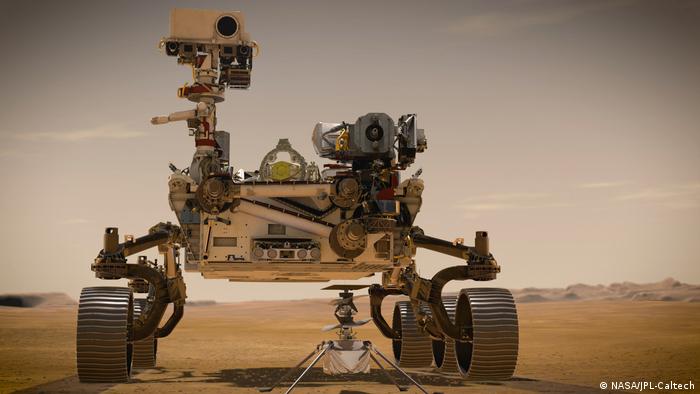 But, as any engineer will tell you, space is never easy. So, the people at NASA will be just as tense as their colleagues in the UAE and China.

All three missions lifted off in July to take advantage of the close alignment of Earth and Mars, traveling some 300 million miles in nearly seven months.

First up: The Emirates Mars Mission

Hope is the first Arab interplanetary mission. It aims to provide scientists with a complete picture of the Martian atmosphere. And they promise to share the data. 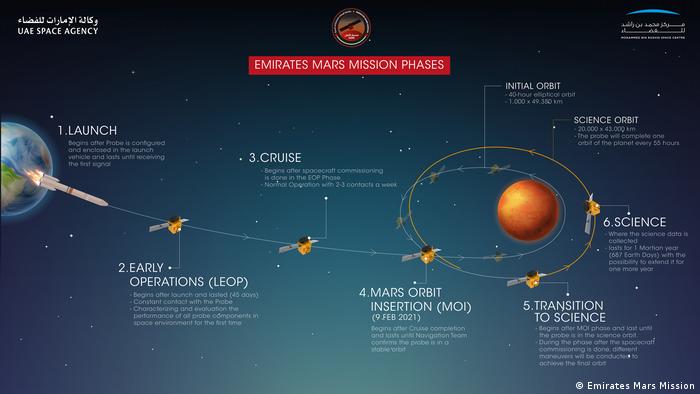 The so-called burn was always going to be "a rather nerve-wracking 27 minutes," in the words of one EMM spokesperson. That's when the orbiter has to burn off fuel and slow down to meet its target.

The operation was fully autonomous, with the probe 11 minutes' radio-time away from Earth.

Hope used six thrusters to provide 650 Newtons of power. Firing the thrusters for that long can expose the spacecraft to a lot of stress, from vibrations through to heat. It is "easily the most dangerous operation of the mission," said the spokesperson.

But all went well. The Hope Probe now starts a two Earth-year mission (or one Martian year). And the UAE has become the first Arab nation to get to Mars.

Tianwen-1 also entered a Martian orbit during the second week of February — the day after the EMM and two days before the Chinese New Year. 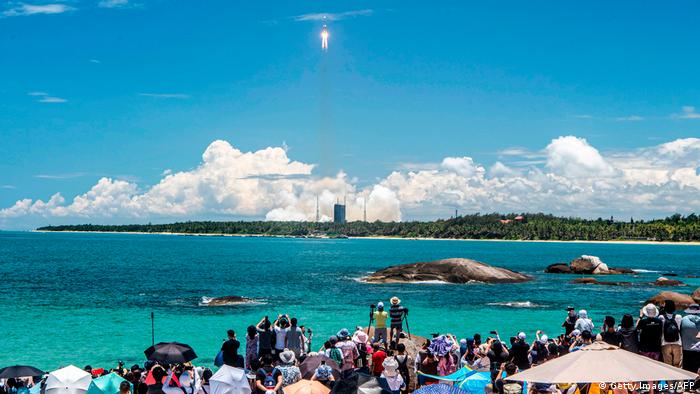 The spacecraft conducted a "braking" operation to decelerate its speed to a point at which it can be captured by Mars' gravity. As with the EMM, the Tianwen-1 probe will survey the Martian atmosphere.

But that's not all. The main part of the mission is scheduled for May when China aims to soft-land a rover in the southern part of Mars' Utopia Planitia.

China sees Tianwen-1 as a step towards future missions that would bring back rock and soil samples from Mars to Earth.

The USA's latest Mars mission involves a new rover called Perseverance and a helicopter called Ingenuity. Ingenuity is strapped to the belly of the rover.

The rover is due to land this Thursday, on February 18 at about 20:55 UTC at a place called Jezero Crater.

It will descend through the Martian atmosphere at a speed of about 20,000 kilometers per hour/kph (12,000 miles per hour). It will be slowed with a parachute and a powered descent to about 3.2 kph. 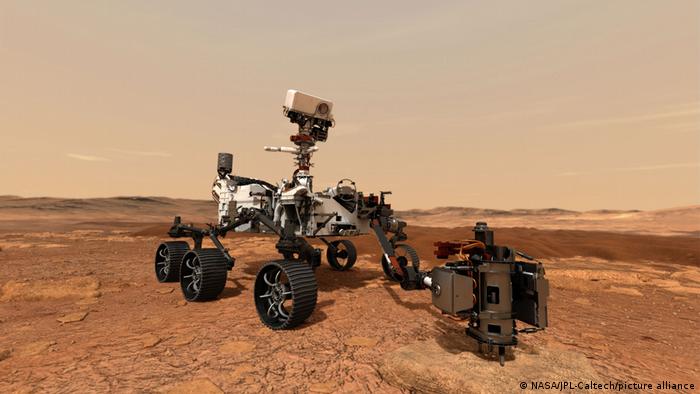 Then, a large sky crane will lower the rover on three bridle cords until it lands softly on six wheels.

That's the plan, anyway. NASA has landed a number of rovers on Mars over the years, but as it says itself: "Landing on Mars is hard."

Race to the Red Planet

NASA describes Perseverance as a "robotic astrobiologist." It is the largest and "most sophisticated" rover ever sent to the Red Planet's surface.

Perseverance will look for signs of ancient Martian life. It will also demonstrate technologies for making oxygen from the Martian atmosphere. It is hoped the mission will prepare the ground for future human missions to Mars and our moon. 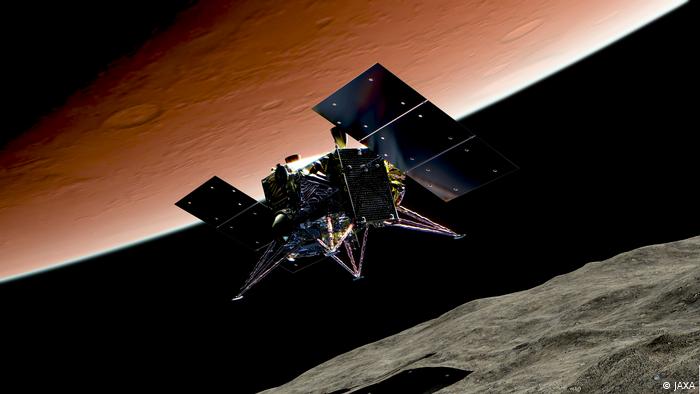 More missions of the Martian horizon: An illustration of Japan's MMX which will investigate the Martian moons

So, this really is only the very beginning. The fact that there are two large, experienced nations with interplanetary ambitions, in the US and China, plus a relative newcomer — and further US-European and a Japanese Mars mission waiting in the wings — reflects a definite sense of a new race beyond what humans have done before in space.

Seven things driving India to the moon, Mars and beyond

There was a time when "space" meant "space race." And that time was during the Cold War. Now, space is a race to collaborate — and not just with the usual suspects, but with new players like China, India or South Africa.

Hope is the United Arab Emirates' first mission to Mars, and the country aims to use it to transform global science, the nation's space sector, and its economy. Here's what you need to know about the mission.