NASA's new rover will prepare the American space agency for human exploration of Mars. Here's an overview of the facts. 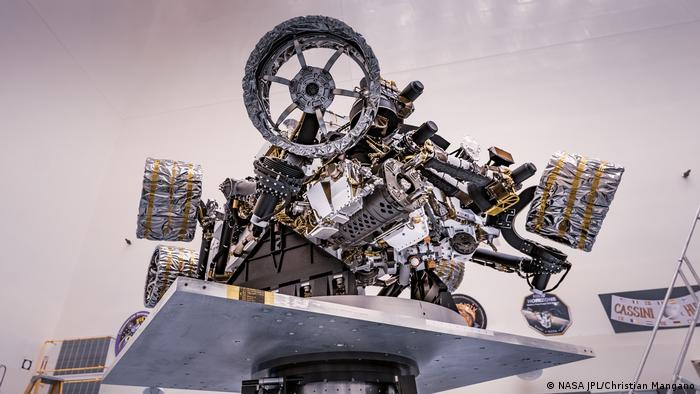 NASA's Mars 2020 mission aims to land a new rover called "Perseverance" on the Red Planet. As with other Mars missions run by China and the United Arab Emirates this year, NASA's is scheduled to launch on July 30 and begin operation at Mars by February 2021.

NASA launched a "Name the Rover" competition in 2019 for its latest Mars mission. Children at schools in the U.S. were invited to propose a name and write essays, explaining why their choices. The competition was won by a middle school student called Alexander Mather, and NASA's new rover became "Perseverance."

Speaking at Mather's school, Thomas Zurbuchen, associate administrator of the Science Mission Directorate, said: "Alex and his classmates are the Artemis Generation, and they're going to be taking the next steps into space that lead to Mars. That inspiring work will always require perseverance."

NASA and SpaceX go boldly where no man has gone before

Aside from that, NASA launched a "Send your name to Mars" campaign. More than 10.9 million people submitted their names, which have been stenciled by electron beam onto three fingernail-sized silicon chips, along with the essays of the 155 finalists in NASA's "Name the Rover" contest.

A legacy of Mars missions

The U.S. has been involved in numerous Mars missions, including international collaborations.

Its first Mars mission was Mariner 3, an attempted "flyby" in October 1962. That was followed by Mariner 4, a successful flyby, in November of that same year.

Viking 1 and Viking 2 in 1975 consisted of a Mars orbiter and lander, much like China's Tianwen-1, which also launches in July 2020. 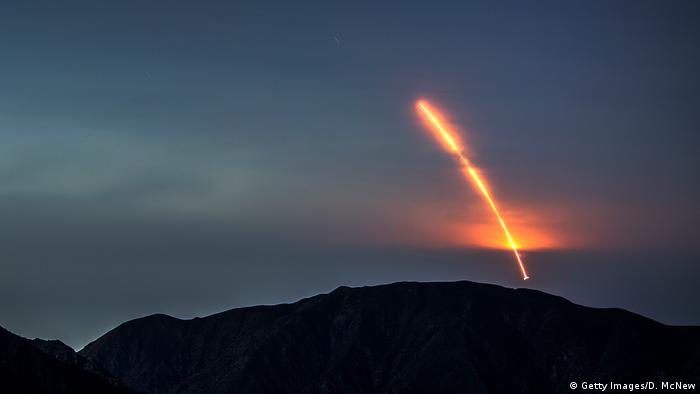 An Atlas 5 rocket, similar to the one on the Mars 2020 mission, launched NASA's InSight lander to Mars in 2018

NASA's current Mars missions include the Curiosity rover, and the InSight lander, which is probing the Red Planet's seismic activity.

The launch is currently scheduled for July 22, but could be postponed through to August 11, 2020, depending on launch conditions, which can be affected by bad weather.

The "launch vehicle" is an United Launch Alliance Atlas 5 rocket.

The rover is scheduled to land on Mars between January 31 and February 18, 2021.

Where will it land? 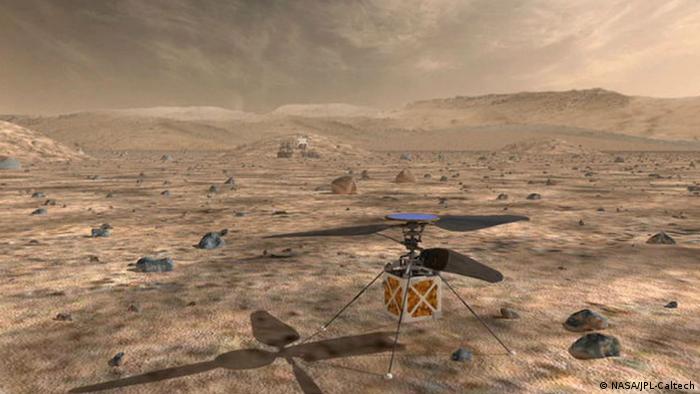 The Mars Helicopter, an autonomous rotorcraft that's part of Mars 2020, will demonstrate the viability of heavier-than-air vehicles on Mars

Every 18 to 24 months, Earth and Mars align in such a way that the journey — or trajectory — is effectively shorten from a nine-month trip to a seven-month trip. Failing to launch during this "launch window" would mean the mission would have to wait another two years.

But scientists are always eager to get their hands on new data, and quick! There is a lot of competition out there, too.

As with many Mars missions, Perseverance is about life on Mars — understanding past life on the planet, and the potential for life on Mars, which is a key question in astrobiology.

Building on other missions, including a rover called Opportunity and a still-active orbiter called MAVEN, Perseverance rover will "follow the water," as NASA puts it. It will investigate water below the surface of Mars ("subsurface water").

Perseverance will seek signs of ancient life and collect rock and soil samples for possible return to Earth. 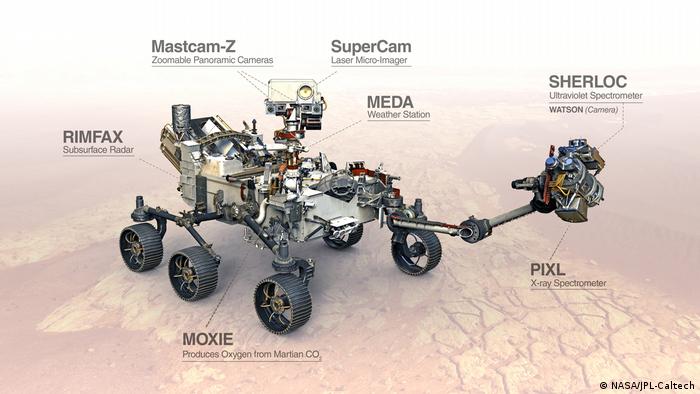 It will also aim to demonstrate technology that NASA wants for future human and robotic exploration of Mars.

Goal 1: Determine whether life ever arose on Mars.

Goal 2: Characterize the climate of Mars, as will the Emirates Mars Mission which launches in July 2020.

Goal 3: Characterize the geology of Mars.

Goal 4: Prepare for human exploration of the planet.

Instruments on the rover

The rover has seven primary instruments, including an advanced camera system with panoramic and stereoscopic, and the Mars Oxygen ISRU Experiment (MOXIE), which will attempt to produce oxygen from Martian atmospheric carbon dioxide.

A spectrometer called SHERLOC will be the first of its kind to provide fine-scale imaging, using an ultraviolet (UV) laser to determine mineralogy and detect organic compounds on Mars. 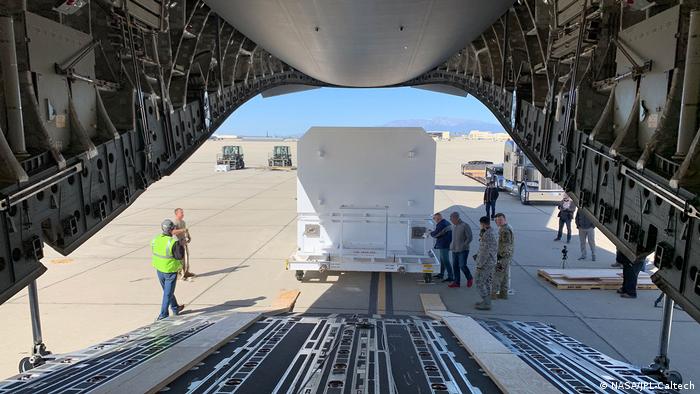 Among the rover's many technical specifications is another first for robotic exploration of Mars: the rover's two microphones. NASA says this should make it possible for Perseverance to "touch, taste, and finally hear the sounds of Mars."

It will use a process called "sample caching" to drill for and store rock and soil samples. Those samples will be stored in tubes on the Martian surface. If it succeeds, it will be the first mission to do that, and "pave the way for future missions" — perhaps including Japan's MMX mission (current launch planned for 2024), which aims to bring samples from the Martian moon, Phobos, back to Earth.

NASA has hundreds of agreements with many nations around the world, including "many partners providing support and instrumentation for every one of NASA's missions to Mars, including the Mars 2020 rover, one of many precursors planned to support humans visiting the Red Planet," as former NASA administrator, Charles Bolden wrote in a blog post in 2016.

Space is never easy. But NASA has succeeded in landing robotic missions on Mars before — and after the launch from Earth, landing is one of the trickiest maneuvers.

Perseverance will use NASA's "proven landing system," but will also seek to improve the system.

The Mars 2020 landing system includes a parachute, descent vehicle, and an approach called a "skycrane maneuver" for lowering the rover on a tether to the surface.

A new technology called Terrain-Relative Navigation (TRN) will help the rover to avoid dangerous terrain during its decent through the Martian atmosphere.

And a microphone will enable engineers on Earth to monitor the sounds of the rover during entry, decent and landing — arguably, the hardest part.