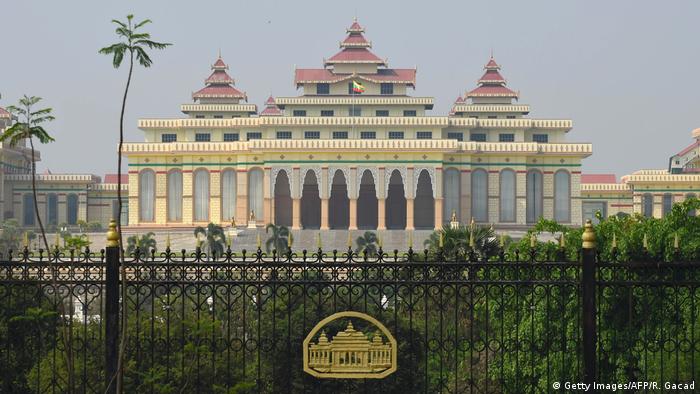 Amendments to the constitution need to be passed by more than two-thirds of the parliament. Notably, a quarter of the seats in the legislature are reserved for members of the military.

Aung San Suu Kyi's National League for Democracy (NLD) had put forward amendments that would reduce the number of military MPs in the legislature over 15 years. The party also sought the removal of a section where the commander-in-chief of the defense services was given the title of the "supreme commander of all armed forces."

The legislature, however, did approve legislation that would allow civil servants to hold party affiliations. The parliament is expected to vote on other such amendments till March 20.

Myanmar made a tumultuous transition from military junta to partial democracy over the past decade, which resulted in Suu Kyi coming into effective power in 2016. The Nobel Peace Prize winner has come under international pressure over the government's handling of Rohingya refugees in the country in recent years.

As the country looks at another general election later this year, the push for democratic reforms of the state machinery has intensified.

Suu Kyi currently serves as the State Counsellor of Myanmar, a position that was created so that she could be a part of the government. As her husband and children are British citizens, she cannot be the president of the country under its current constitution. The NLD hopes to change that situation with constitutional reform.

Polls have opened in Myanmar in elections that will test whether popular mandate can loosen the military's longstanding grip on power. It's the first election contested by the opposition since 1990. (08.11.2015)

The sentencing of two Reuters reporters in Myanmar this week has highlighted the dangers facing journalists and media outlets there. DW spoke to journalist Kyaw Min Swe about the shaky press freedom in the country. (04.09.2018)

An independent panel has concluded war crimes were committed by Myanmar forces during security operations, but it stopped short of talking of genocide against Rohingya. (20.01.2020)