The eastern German town of Görlitz has provided the location for a number of Hollywood blockbusters. Now, actors, directors and producers have written to residents asking them not to pick a far-right candidate for mayor. 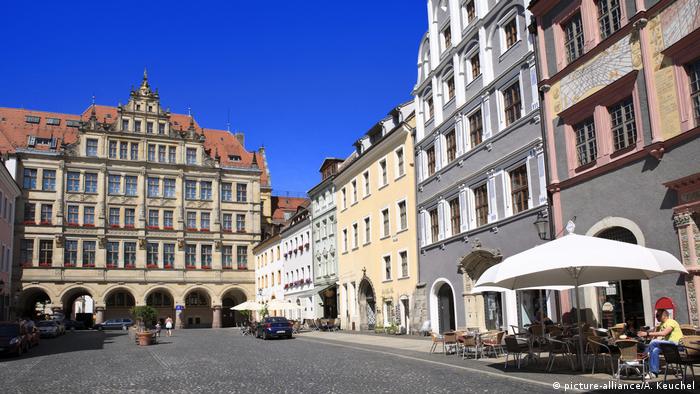 German and international film stars, directors and producers have led a call for a small town to shun the far-right in next week's mayoral elections.

Görlitz, a quaint town on the German-Polish border, is the backdrop of many Hollywood blockbusters including Inglorious Bastards and The Grand Budapest Hotel.

But the otherwise-quiet settlement found itself in the spotlight last month when the first-round election for mayor was won by the candidate from the far-right Alternative for Germany (AfD) party.

Sebastian Wippel picked up 36.4% of the vote on May 26, but narrowly missed out on becoming Germany's first AfD mayor.

A runoff, scheduled for June 16, will see him take on against Octavian Ursu from Chancellor Angela Merkel's Christian Democrats (CDU).

Alarmed at the far-right threat facing the town, actors including Daniel Brühl and Volker Bruch, plus writers like Daniel Kehlmann and Bernhard Schlink have signed a petition urging voters to shun Wippel.

The letter was also signed by international film stars, directors and producers, who have worked in the town, the Leipziger Volkszeitung reported.

"Don't give in to hate and hostility, conflict and exclusion," the film professionals wrote in their letter. "Please vote wisely... Don't betray your convictions the moment someone claims to be able to solve problems for you."

Germany's most eastern town draws a steady stream of tourists but has also seen a mass exodus of residents — like many others in the former East — as people sought higher wages in western regions.

The anti-migrant AfD has gained a strong footing among remaining voters, along with several other towns in the state of Saxony.

Boosted by public anger over Merkel's decision to let in more than a million asylum seekers, the AfD took nearly 13 percent of the vote in Germany's 2017 general elections, becoming the biggest opposition party.

Görlitz: Pearl on the Neisse

Consolidating its major party status in recent European elections, the AfD succeeded in part through the use of the arts in its campaigning. Critics say it's part of an ongoing push for "cultural hegemony." (31.05.2019)