Progressive Leipzig Mayor Burkhard Jung has become the first local politician from the former East to lead Germany's municipalities. His election precedes polls in three eastern states likely to swing to the far-right. 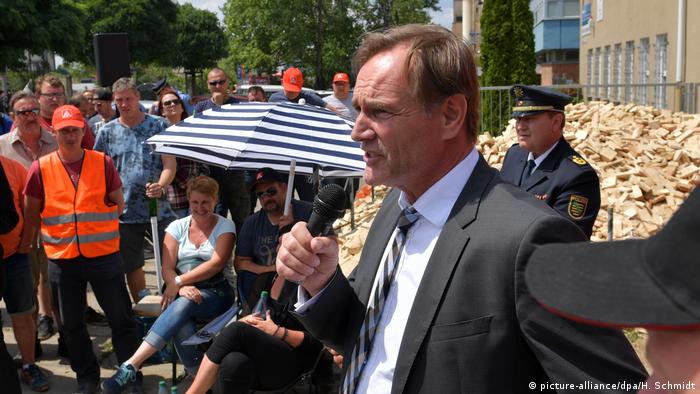 The Association of German Cities (Städtetag) on Thursday picked Burkhard Jung as its top advocate to voice the interests of its 3,400 cities and towns nationwide on problems such as housing shortages, traffic overload, debt and climate change.

Jung, Leipzig's center-left Social Democrat (SPD) mayor since 2006, has overseen a boom in the 596,000-population city — the largest in Saxony state, and a historic hub for publishing, tertiary education, research and car-making.

The 61-year-old father-of-five, born in western Germany, moved as a teacher in religious and German studies to Leipzig in 1991 — shortly after German reunification — and became city hall alderman for youth, schools and sport.

Saxony, governed from Dresden, and two other eastern states, Thuringia and Brandenburg, elect their assemblies anew in September and October. Pollsters forecast 20%-plus yields for the far-right Alternative for Germany (AfD) among frustrated voters.

Delegates, who picked Jung at the Städtetag's biannual conference in Dortmund, also adopted a resolution, declaring their determination to establish mobility systems using renewable energy sources and to keep their cities habitable under climate change.

Pricing CO2 emissions from fossil fuels was a "suitable and necessary approach," insisted the Städtetag.

Cities were "points of crystallization" where problems first became apparent but could also forge cohesion to tackle social inequities faced by individuals, it said, referring to the cities' role in delivering welfare payouts decided by the federal parliament.

Jung said as new president he would "vehemently and audibly" press for federal and regional state co-funding to improve urban transport systems.

"To this end we demand nationwide an investment offensive for sustainable mobility by the federal government and the regional states, with €20 billion ($22.5 billion) for at least 10 years, in other words €2 billion annually." 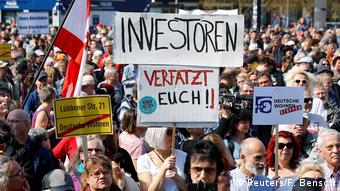 He called on Chancellor Angela Merkel's government to ensure that a constitutional court-ordered reform of Germany's property tax (Grundsteuer) still handed municipalities €14 billion annually for expenditure on everyday tems such as sport and culture.

"Property tax as one of the most important sources of municipal income must not be jeopardized under any circumstances. The Federal Government and the regional states must finally arrive at a solution," said Jung.

Behind the gloss, debt

Prosperous Germany has hundreds of municipalities deep in the red, with lingering cash overdrafts used to fill past budgetary gaps, amounting to some €48 billion, according to a Städtetag estimate.

The most indebted cities include Pirmasens and Oberhausen in the regional states of Rhineland Palatinate and North Rhine-Westphalia respectively.

The old debt burdens are currently being examined as part of a federal interior ministry-led commission aimed at ensuring "equivalent living conditions" for residents, irrespective of whether they live in rural areas, inner-cities or towns suffering from economic downturn.

German homeowners who install energy-saving insulation are to be granted tax concessions, according to a FAZ news report. The reforms would likely come after September's federal election. (25.06.2017)