A panel of the world's most eminent economists have estimated how high carbon prices need to be for the world to avoid climate catastrophe - and put forward ideas on how to spend the money raised. 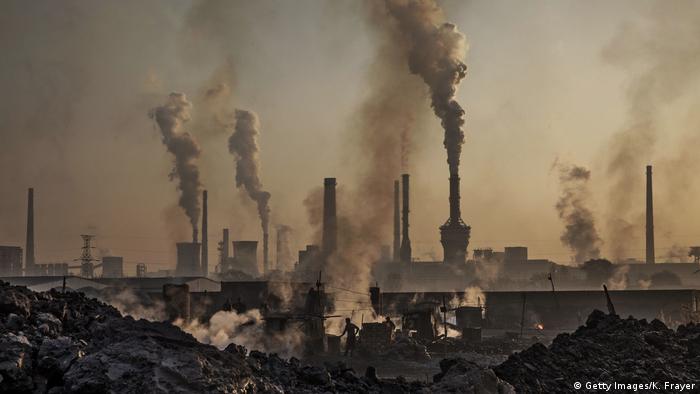 In Berlin on Monday, a panel of 13 eminent economists headed by Nobel laureates Lord Nicholas Stern and Joseph Stiglitz released a new report setting out how high carbon prices will have to be in order to stave off global climate chaos and major ecosystem collapses. The first such collapse is already underway, with Australia's vast Great Barrier Reef dying off due to excessive sea surface temperatures.

The panel estimated the range of carbon prices needed in order to keep the global annual average surface air temperature increase below two degrees Celsius compared to the pre-industrial average.

A key message emphasized by the economists was that a strong carbon price is consistent with continuing economic growth, and necessary to make progress on the UN's Sustainable Development Goals (SDGs) for the year 2030. 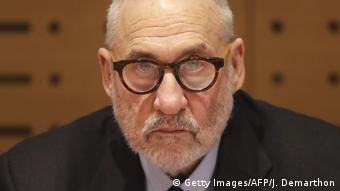 It's a message likely to be ignored by Donald Trump, whoappears intent on undermining any policy action that might result in emissions reductions or climate stabilization.

Not the first report on this topic

The 'High Level Commission on Carbon Prices' was convened in 2016 by the 'Carbon Pricing Leadership Coalition' and supported jointly by the Government of France and the World Bank Group. The Commission was asked to estimate climate price 'corridors' that could motivate industries to reduce emissions enough to stay well below two degrees' global average surface air temperature rise - a goal agreed by nearly all national governments at a summit in December 2015 in Paris, since known as the Paris Agreement.

The Commission and its staff looked at multiple lines of evidence over a five-month period as they prepared their report. Numerous technology road-maps, national emissions mitigation and development pathways, global integrated assessment models, and other analyses have been produced over the past two decades, as have many studies of the ins and outs of various carbon price mechanisms. The eminent economists on the Commission, which includes Germany's Ottmar Edenhofer, chief economist of the Potsdam Institute for Climate Impact Research among others, have long experience in researching carbon prices and markets.

It has been known for several decades that carbon prices could, in principle, be used to efficiently reduce carbon emissions. To date, however, very few governments have implemented carbon prices. Those carbon prices that have been set have often been too low to be effective at motivating significant emissions reductions. 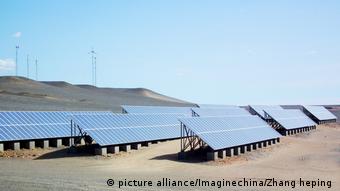 Large new solar power projects are being built in dry, sunny places like the Gobi Desert, China (here, the Delingha solar PV project). The Desertec Foundation has estimated that covering only one percent of the area of the Sahara desert with solar power collectors would suffice to power the entire world's energy needs

"There are two main types of carbon pricing: emissions trading systems (ETS) and carbon taxes," the Commission's report said. An ETS – sometimes referred to as a cap-and-trade system – sets a cap on the total level of greenhouse gas emissions permitted, and lowers the cap over time. Industries are assigned a limited, annually declining number of emissions permits. Companies with low emissions can sell their extra allowances to larger emitters. If the unit price of a tonne of carbon is high enough, and if available permits are scarce, then this should motivate companies to reduce carbon emissions in order to have extra permits left over to sell at a profit.

By creating supply and demand for emissions allowances in this way, an ETS establishes a market price for greenhouse gas emissions. The cap is intended to ensure that the required emission reductions will take place to keep the emitters - in aggregate - within their pre-allocated carbon budget.

However, the world's biggest ETS, the European Union's ETS, established in 2005, has resulted in little, if any, carbon emissions reductions. The initial cap was set far too high; the resultant oversupply of permits meant carbon prices have remained rock-bottom. A straightforward solution would have been to buy back or cancel a sufficient number of permits to establish a viable market, but Europe's governments have failed to do so. A recent revision of the system is expected by critics to be too weak a reform to solve the problem.

A carbon tax, by contast, directly sets a price on carbon by setting a levy per tonne of carbon, set by estimating the carbon content of fossil fuels. Administratively far less complex than an ETS, it also differs in that the emissions reduction outcome of a carbon tax is not pre-defined. A particular carbon tax level could result in a higher or lower amount of emissions reduction than hoped for. But it's not difficult, in principle, to adjust carbon taxes upward or downward in order to achieve the desired pace of emissions reductions, especially if they are levied in an administratively efficient way. The simplest administrative system - for the energy sector, at least - involves levying carbon taxes 'upstream,' on bulk coal, oil, or gas, whether these are domestically produced or imported. 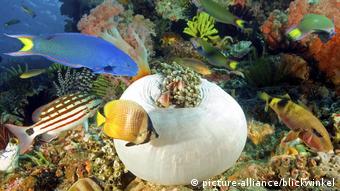 Tropical coral reefs, such as this one at Komodo National Park in Indonesia, are often called the 'rainforests of the seas' for the abundance and diversity of life-forms that live in and around them. Huge areas of coral are now dying due to climate change

The Commission stressed that carbon prices must be introduced in all countries, to prevent market distortions or the need for trade barriers to stop some countries from 'free-riding' in an effort to draw high-carbon industries to set up shop in their jurisdictions.

How should the money raised be spent?

Deciding how high the carbon price should be is one challenge. Another is deciding how to spend the money raised from carbon levies. There are, of course, many ways to spend money - but if the goal is to minimize negative side-effects of strong carbon prices and help speed the transition to a low-carbon future, two options stand out.

One option is to spend some of the money on raising the living standards of the poorest citizens, who would be most affected by an increase in the price of carbon-intensive energy. This could be achieved either directly, by providing direct payments to poor families, funded by carbon tax revenues. Or it could be achieved indirectly, by building sustainable infrastructure - water, sewage, and clean electricity systems - where these do not yet exist, as is the case in some regions of Africa and South Asia.

The other option is to invest money raised from carbon taxes in low-carbon technology research, development, and deployment. This would help scale up low-carbon technologies. Low-carbon technology solutions already exist in nearly all relevant domains, from power generation and transport through space heating and cooling, agriculture and forestry. Investing money to scale-up such technologies would cause their unit price to decline. In turn, this will allow these technologies to diffuse more rapidly at any given carbon price.

Arguably, the best solution is to do both: Invest some money in compensating the most vulnerable, and some money in driving cost reductions in key low-carbon technologies. 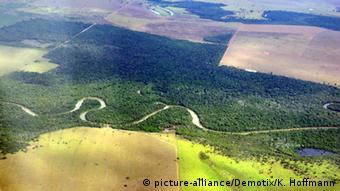 Deforestation has been increasing again in the Brazilian Amazon and Mato Grosso forest regions, due to illegal logging and expanding soy farming

Carbon prices alone are not enough

"The choice of the [carbon pricing] instrument will depend on national and economic circumstances," the report said. The commissioners also warned that carbon prices, while very important, are not the only type of policy instrument needed. Rather, "carbon pricing is a necessary part of a larger package of policies that can reduce greenhouse gas emissions."

Moreover, "adopting other cost-effective policies can mean that a given emissions reduction may be induced with lower carbon prices than if those policies were absent."

Examples of policies needed in addition to carbon prices include energy efficiency performance standards; fiscal measures, such as automotive 'feebates' which combine a surcharge on high-emissions cars with a rebate on low-emissions cars; 'portfolio standards,' such as China's new rules requiring some percentage of new cars sold to be electric vehicles; and straightforward regulations that phase out some technologies, such as coal-burning power stations.

The Commission also pointed to the importance of effective law enforcement, noting that Brazil's example shows how enforcing and clarifying existing laws can be an effective, low-cost strategy to reduce deforestation - which is another major driver of carbon emissions.