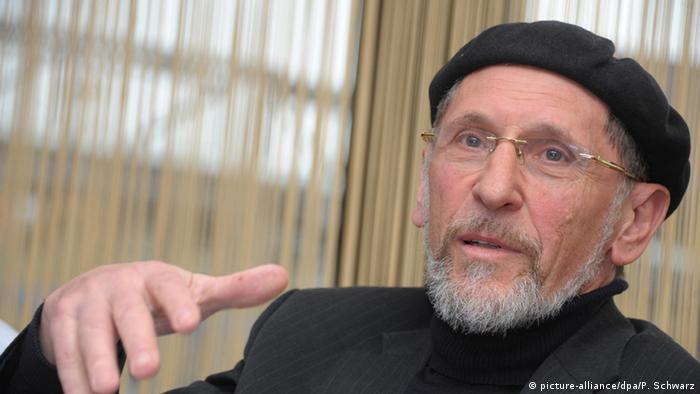 The chairman of 45,000 Ahmadi Muslims in Germany, Abdullah Uwe Wagishauser, told "Die Welt" newspaper Wednesday that "all democratic parties are on our side - except the AfD."

His remarks followed a verbal clash in the media on Monday between leaders of the populist Alternative for Germany (AfD) party, which has an anti-Islam manifesto, and Germany's Central Council of Muslims.

Wagishauser, 66, who was born into a Christian family in Germany but converted to Islam in his youth, and has headed Germany's Ahmadiyya Muslim Jamaat community for 32 years, said a mosque that opened in Berlin's eastern Pankow district in 2008 - despite neo-Nazi protests - had become a "successful integration project."

"Today the opposite has occurred to what our opponents once prophesied. The building looks attractive; there is a greened area, a playground that's keenly used by the neighbors, the property prices in the vicinity have risen; there is no traffic chaos," he said.

The building application for the planned Leipzig mosque would be submitted in the coming days, added Wagishauser, whose remarks coincided with a large Catholic gathering in Leipzig this week.

"We've received a lot of support from the population," he added, citing the open society stance of Mayor Burkhard Jung of the center-left Social Democrats and a student campaign using cloth carry bags printed with an image of the mosque. 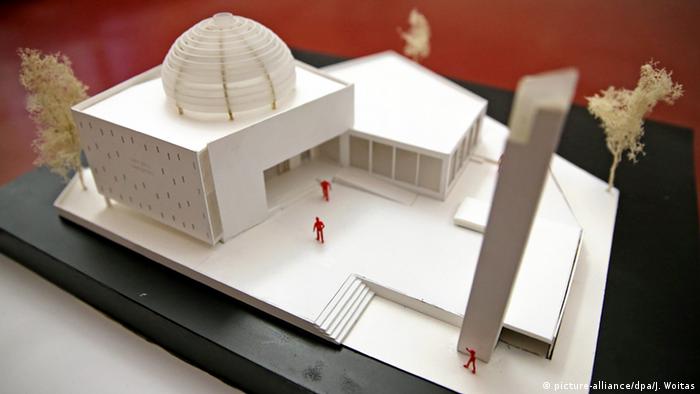 The Ahmadi mosque planned for Leipzig

Wagishauser said the situation was similar in the eastern city of Erfurt, which is also the capital of the state of Thuringia.

"The churches have declared their solidarity with us, just like the Jewish community, which has a synagogue in the old city," Wagishauser said.

Wagishauser played down opposition from prominent AfD state lawmaker Björn Höcke, who is an avowed opponent of the planned Erfurt mosque there.

Both PEGIDA, an anti-Islam, anti-migrant group active since late 2014, and the AfD oppose the Erfurt project, which claiming that the mosque's dome roof and minaret, intended for 70 Ahmadi residents, would symbolize an Islamic bid for dominance in Europe. It would be the 49th Ahmadi mosque in Germany.

Last week, Höcke told the Associated Press news agency that as leader of the AfD in Thuringia he would "do everything legally possible to prevent this building."

During debate in Thuringia's assembly last week, Culture Minister Benjamin-Immanuel Hoff of the Left party referred to Erfurt's 25 churches, saying a further tower in the form of a minaret was an expression of "actual religious freedom."

Outside Berlin, Wagishauser said only 2 percent of Muslims lived in Germany's eastern states. Erfurt's Ahmadi community had shrunk from 250 over the past decade in part "because there is no mosque."

In his interview with "Die Welt," Wagishauser claimed that radicalization was less of a danger in Germany when compared to France or Britain, where Ahmadis were even ostracized by "other Muslims."

"Believe me, radical Islam is our common enemy," said Wagishauser, referring to trends in Britain.

In Germany, religious associations represent about 20 percent of the country's 4 million Muslims, he said, adding that "the good thing is that we have an organized structure" with contact persons.

Eighty percent of Muslims in Germany were integrated, Wagishauser said, adding: "We're making progress. There is practically no German city where there is no roundtable, no interreligious discourse. We do not have lawless areas like in Belgium; no banlieues."

Asked about theological modernization, Wagishauser replied: "The Koran should be open to critical questioning," and added that his association was "very pleased" that Germany now had Islamic studies centers at four of its larger universities.

In 2013, Ahmadis became the first Muslim community in Germany to be officially recognized as public corporate body, alongside long-established Christian denominations.

The Ahmadiyya religious movement was founded near the end of the 19th century in Punjab, now Pakistan, but then part of British-ruled India.