Moscow digs in at Syria peace conference | World| Breaking news and perspectives from around the globe | DW | 21.01.2014

In Switzerland, Russia will push hard for a political solution to Syria's civil war. It will prevent a military intervention at all costs. Radicalization of the war has only hardened that policy. 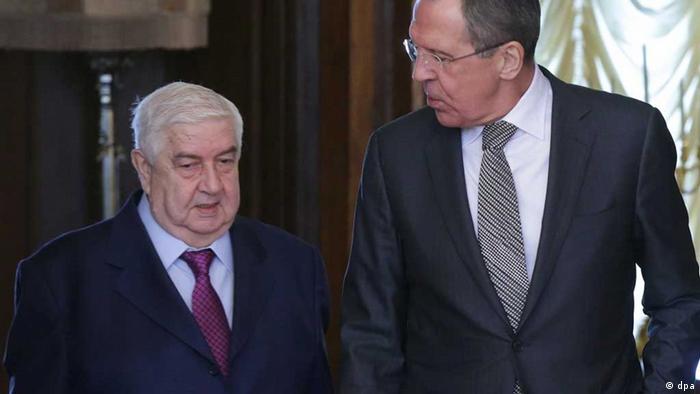 Whoever flips on Russian state television these days will see Russian President Vladimir Putin either alongside colorfully dressed Olympic helpers, playing hockey or on an inspections tour of Sochi. For Russia, Syria's war is no longer a top news item: It simply can't compete with the Winter Olympics countdown. Even the destruction of Syria's chemical weapons arsenal - a Russian initiative - receives little air time.

But now, just before the Syria conference in Switzerland, state television has returned to diplomatic efforts. Last week, Russian Foreign Minister Sergei Lavrov sat down with his Syrian and Iranian counterparts. The latter two had flown to Moscow in tandem - Iran is considered to be Syria's closest ally, a supporter of Hezbollah in Lebanon. 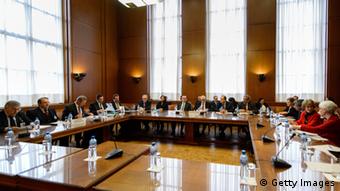 For Russia, "it was important to explore the positions of Syria and Iran and try to wrest concessions from them," said Fyodor Lukyanov, a Moscow foreign policy expert with strong connections to the Kremlin and the editor-in-chief of the trade magazine, "Russia in Global Affairs."

"Russia wants to prove that the foreign policy achievements of the last few years were no accident," Lukyanov said.

Another policy expert with close Kremlin ties, Alexei Muchin, states an even more certain position. "Russia considers itself responsible for the conference," he said.

As for the results of those pre-conference talks, only this much is known: Syria offered a temporary truce in Aleppo, a city split between government troops and opposition forces. Lavrov announced that warring parties would speak directly with each other at the conference, and suggested that Iran also participate - knowing well that the US and SNC would reject this.

US ally Saudi Arabia, which can influence Assad's opponents, doesn't want Iran there either. Russia's proposal was still heard, however, and United Nations General Secretary Ban Ki-moon sent a surprise invitation Iran's way - and then rescinded it.

"Of course this was a mistake, but it's no catastrophe," Lavrov said. 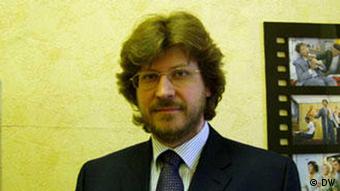 Lavrov also said they have nothing to hide during the trilateral talks. There isn't any secret agenda between Russia, Syria and Iran, he said. Russian media, meanwhile, speculate that Russia could force Iran to make concessions, given the latter's desire for Russian weapons and oil. The government is well aware that the conference is "the beginning of a long, difficult process," Lukyanov said.

What remains unclear, however, is which concessions Russia itself is prepared to make. At least publicly, the Kremlin has neither moved away from Assad nor changed its original position: Moscow will prevent a military intervention at all costs, just as it has before, and will use its veto in the UN Security Council in order to avoid imposing sanctions on Assad.

"Don't get involved, don't touch it, since it'll just get worse," Lukyanov said in describing the motto of Russian foreign policy. The more influence radical Islamist fighters gain in Syria's opposition, the more Russia sees its views corroborated in its warnings of regional contagion. The Kremlin has welcomed growing American skepticism toward Syria's opposition.

But has the Kremlin really avoided getting involved? In the last few weeks, the number of weapons deliveries from Russia to the Syrian government has increased, according to a Reuters report citing an anonymous source close to the deliveries.

Russia, in other words, will continue to exercise international diplomacy - in Switzerland, too - in order to find a political solution. That's because it's important to the Kremlin that the power to intervene in the conflict remains confined to the UN Security Council. 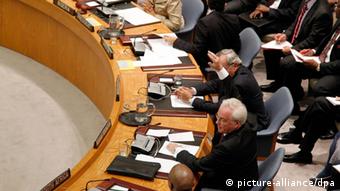 The Russian-Chinese blockade there on all things Syria nearly came to the US defying the UN body and engaging in a military strike. Then Russia came aling with its chemical weapons initiative in order to avoid a complete devaluation of the Security Council's role. In the end, only that veto formally guarantees Russia the international influence to which it aspires.

For Russia, the Syrian conflict has from its beginnings been a touchstone in the struggle for influence. In the past, that was often something of a disadvantage for Syria. The new peace conference offers a small chance to change that.

But in the runaway conflict, it could prove too late for Russian mediation attempts, no matter how sincere and serious they're intended.

Before it has even taken place, Geneva II is being written off as a disaster. John Kerry will shoulder much of the blame. Yet the US expects more from the meeting than it is acknowledging publicly. (21.01.2014)