Moscow calling: What is AfD head Frauke Petry’s purpose in Russia? | Germany | News and in-depth reporting from Berlin and beyond | DW | 22.02.2017

Just weeks before a series of elections, the head of Germany's populist right-wing Alternative for Germany (AfD) party, Frauke Petry, is visiting Moscow. What does the AfD want from Russia, and vice versa? 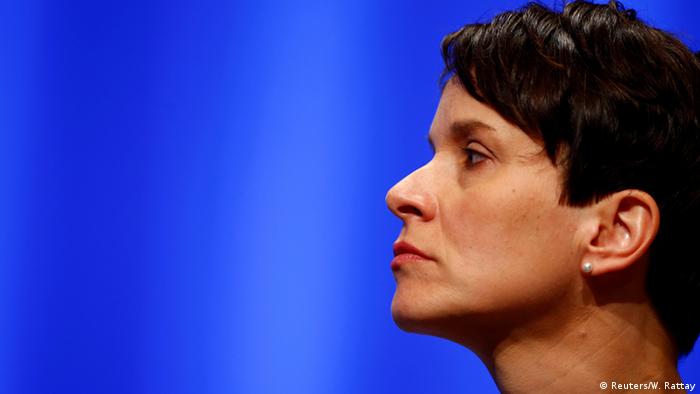 "Angela Merkel has completely ruined German-Russian relations, and Frauke Petry is trying to revive them. Even if this is just the first step, it’s a fantastic move!" That’s just one example of the type of user comments on Frauke Petry’s Facebook page, which carried a few details about the AfD head’s visit to Moscow. She reportedly traveled there at the invitation of the regional government, and has been having talks about "cooperation with the German state governments," Petry said. In addition, she said, she met with Duma Chairman Vyacheslav Volodin, his deputy Pyotr Tolstoy, as well as other members of the Duma, or Russian parliament.

The Duma's website has further details of who was at the talks with Petry and other members of the AfD. Joining Volodin and Tolstoy was Pavel Navalny, all of whom are members of the pro-Kremlin United Russia party. Navalny is in charge of energy issues and is the head of a contact group for cooperation with the German parliament. Additionally, MPs from the right-wing populist party LDPR attended. Among them was the head of the party, Vladimir Zhirinovsky, a hardline nationalist known for his politically incorrect statements. 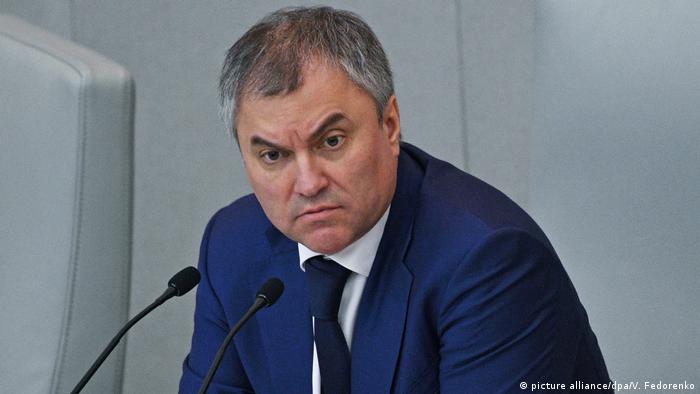 Russian interest in the AfD

Petry's visit comes just weeks before the start of a series of elections in Germany in which the AfD is expecting to make gains. It kicks off with Saarland’s state elections at the end of March, followed by Schleswig-Holstein and North Rhine-Westphalia in May. Polls are predicting that the AfD will gain enough support to be represented in all three state governments, as well as in the federal parliament following the federal election in September. Recent surveys have put the AfD as the third-strongest party nationwide, with approval ratings of 10 to 12 percent. However, a poll released on Wednesday put the party at just 8 percent - its worst result in months.

Russia’s interest in the party is both understandable and "objective," said Vladislav Belov, head of the Center for German Studies at the renowned Russian Academy of Science. The AfD is an opposition party that is about to gain a foothold in several parliaments. According to Belov, it's natural that Duma members would "try to understand what the AfD can do for Russia." At the same time, Moscow is interested in "a better understanding" for Russian politics, something that has been lacking, as Russia is mainly seen in terms of stereotypes, he said.

Since it was founded in 2013, the AfD has stood for closer, more friendly ties to Russia, a position which did not change even after Russia's annexation of Crimea. The party manifesto states that European security cannot be guaranteed without Russian involvement. Further, "conflicts in Europe should be settled peacefully and in consideration of each party’s interests." This approach is likely exactly what Russia wants. Russian leaders have often criticized the West for disregarding their interests.

In its current state-level campaign, the AfD says it wants sanctions imposed by the EU on Russia following its act of aggression in Ukraine to be lifted. The Saarland branch of the AfD, for example, talks of "making demands to end the unspeakable sanctions against Russia." One of the reasons listed is economic losses for Saarland-based companies.

The AfD makes no secret of the fact that its politicians maintain contact with Russian diplomats in Berlin. According to media reports, the party's youth organization, Young Alternative, has a partnership with the youth organization of the pro-Putin United Russia. The head of the AfD's youth organization, however, has denied these reports, and the AfD has always denied that it receives financial support from Russia, as in the case of the French far-right party, the National Front. 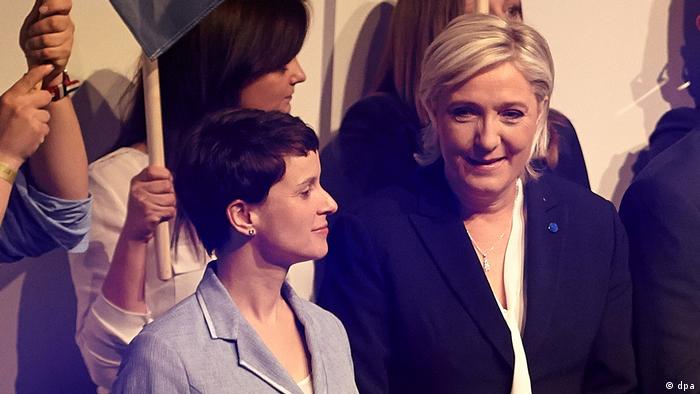 AfD in the FPÖ's footsteps?

Russia expert Belov believes that it is "clearly a plus" for Petry to have been received at such a high level in Moscow. However, he says there is "nothing sensational" about it. "For the AfD, Russia is one of the protest topics they want to use to distinguish themselves from the mainstream parties," Belov said.

But Anton Shekhovtsov, a Ukraine national who researches right-wing populist and far-right parties in Europe, sees another possible explanation for Petry's visit. "Perhaps the AfD wants to repeat the success the Freedom Party (FPÖ) has had in Austria, and make a cooperation agreement with United Russia," said Shekhovtsov, a visiting fellow at the Institute for Human Sciences in Vienna. "Such an agreement would pave the way for official support for the AfD on the part of the Kremlin," he said.

In December 2016, Austria's FPÖ signed a five-year cooperation agreement with United Russia. Media reports at the time said its main purpose was to "educate the younger generation in the spirit of patriotism." AfD head Petry is also said to have discussed youth engagement in Moscow. In terms of issues, the AfD, similarly to the FPÖ or the National Front, is close to Russian politics that emphasize nationalist conservative values, and distance from liberal EU policies.

The head of Germany's populist party AfD has met with high-level Russian politicians in a secretive meeting in Moscow. Petry's office refused to clarify who else attended the talks. (20.02.2017)

Björn Höcke said he would "like to apologize" for criticizing Germany's culture of Holocaust remembrance. Leaders of his Alternative for Germany party have called for his ouster. (18.02.2017)