Another team of observers has been detained in eastern Ukraine, the Organization for Security and Cooperation in Europe has said. This is in addition to a group that went missing on Monday. 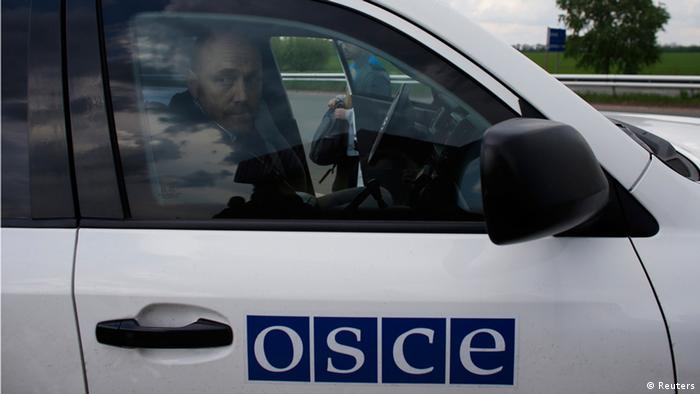 The Vienna-based OSCE said the team of four international monitors and a Ukrainian language assistant was stopped in the town of Severodonetsk - 100 kilometers north of Luhansk - and that it had lost contact with the group at around 7 p.m. (1600 UTC) Thursday evening.

Another four OSCE monitors were detained by pro-Russian separatists in the neighboring Donetsk region on Monday, and are still missing. The self-declared mayor of the separatist stronghold of Slovyansk, Vyacheslav Ponomaryov, has said that the four had been detained by his men on suspicions of spying.

Meanwhile on Friday, Ukraine's acting defense minister vowed to continue its operations to oust pro-Russian separatists in the east.

The 57-nation OSCE aims to prevent conflict and promote democracy on the continent. In March it decided to deploy civilian monitors across Ukraine to try to help to defuse the crisis. The mission has about 282 people, including 198 civilian, international monitors from 41 member countries, according to the OSCE website.

The OSCE also has teams of military observers in Ukraine led by the German Defense Ministry. Election observers were in the country to monitor last weekend's presidential vote that saw billionaire candymaker Petro Poroshenko win more than 55 percent of the ballots.