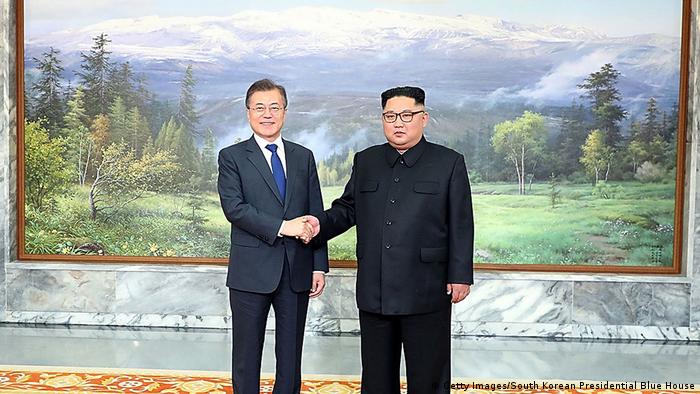 South Korean President Moon Jae-in said on Sunday that North Korea's leader Kim Jong Un still intended to hold a meeting with the US, breathing new life into the June summit that had been canceled earlier this week by President Donald Trump.

"Chairman Kim and I have agreed that the June 12 summit should be held successfully, and that our quest for the Korean peninsula's denuclearization and a perpetual peace regime should not be halted," Moon said at a news conference in Seoul.

A statement from North Korea's state news agency KCNA confirmed what the South Korean president said. KCNA reported that Kim had expressed "his fixed will" on the possibility of meeting Trump at the June summit.

Moon said Kim saw the June 12 summit in Singapore as a pivotal opportunity to end decades of confrontation.

"He... expressed his intention to put an end to the history of war and confrontation through the success of the North-US summit and to cooperate for peace and prosperity," Moon told reporters in Seoul on Sunday.

Trump responded to reporters' questions about the summit saying that it was "moving along very nicely."

US and North Korean officials met at the border on Sunday in preparation for the summit.

"A US delegation is in ongoing talks with North Korean officials at Panmunjom," State Department spokeswoman Heather Nauert said, referring to a village in the Demilitarized Zone (DMZ). "We continue to prepare for a meeting between the president and North Korean leader Kim Jong Un."

White House spokeswoman Sarah Sanders said a "pre-advance team" left for Singapore on Sunday morning to work on logistics for a possible summit. 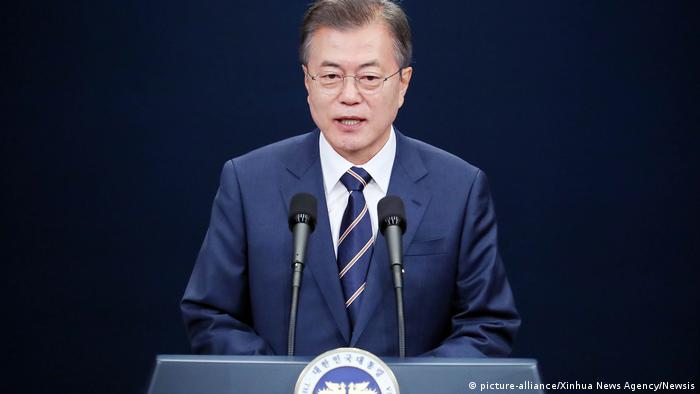 Moon spoke with reporters on Sunday

Trump had abruptly cancelled the meeting in a letter to Kim Jong-Un on Thursday, citing North Korea's "open hostility." Since then, President Moon has raced back and forth between both parties with the hope of keeping the summit alive.

After meeting with Trump in Washington on Thursday, the South Korean president returned home and held a surprise in-person meeting with Kim on Saturday in the demilitarized zone.

Moon told Kim of Trump's "firm will" to end the hostile relationship with North Korea and pursue bilateral economic cooperation.

The meeting with the North Korean leader appeared to go very well, as it yielded future meetings between the two countries and raised the possibility of rescuing the Singapore summit.

"What Kim is unclear about is that he has concerns about whether his country can surely trust the United States over its promise to end hostile relations (with North Korea) and provide a security guarantee if they do denuclearization," Moon cautioned.

The Trump administration's main demand from North Korea is that it shut down its nuclear weapons program completely and irreversibly.

The months-long war of words between Kim and Trump in 2017 had to do with their disagreement over North Korea's nuclear program. Denuclearization remains the central issue of a possible June 12 summit.

President Moon maintained that Kim is committed to "complete" denuclearization, but acknowledged that Pyongyang and Washington may have differing expectations of what denuclearization means.

"Even though they share the same resolve, there need to be discussions regarding the road map for how to make it happen, and that process could be tough," he said.

The South Korean president called on both sides to hold working-level talks that may help resolve these differences.