Parts of southern and western India have been hit hard by heavy torrential rain. The resulting floods and landslides have claimed many lives and forced hundreds of thousands of people to take shelter in relief camps. 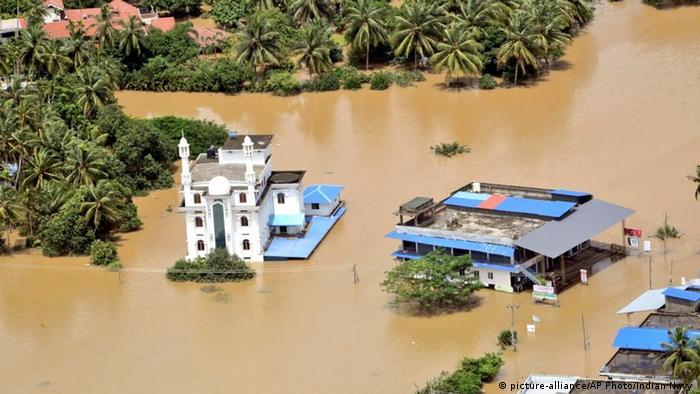 The death toll from a fresh spell of monsoon-driven floods in India has jumped to 190 and affected more than a million residents, officials said on Monday.

Heavy rain and landslides have also forced hundreds of thousands of people in southern and western India to take shelter in relief camps, while train services were canceled in several flood-hit areas.

Officials warned that fuel shortages were widespread in districts that were cut off from larger cities.

The states of Kerala, Karnataka, Maharashtra and Gujarat were the worst-hit, but others like Madhya Pradesh, Tamil Nadu, Goa and Andhra Pradesh have also reported flooding. Teams from the disaster response force, army, navy and air force have been deployed for rescue and relief operations

Authorities said rescue teams from the disaster response force, army, navy and air force were deployed in those states for rescue and relief operations.

In the state of Kerala alone, at least 76 people were killed in rain-related incidents. "Several houses are still covered under 10-12 feet (3-3.6 meters) of deep mud. This is hampering rescue work," Kerala Chief Minister Pinarayi Vijayan said.

"The flood situation remains grim and agencies are on high alert in six districts. Many deaths have been reported in rain-triggered landslides in Wayanad and Malappuram districts," a government official in Kerala said. 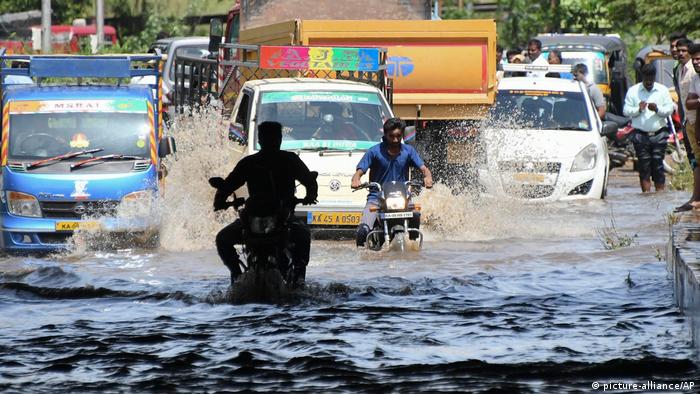 Deforestation, poor urban planning and increased urbanization contribute to the rise in the intensity of the floods

Authorities remain worried that rescue operations would be hit by thunderstorms and rainfall predicted in some parts of Kerala.

India's monsoon season lasts from June to September. It sees heavy rains which refill the country's water reservoirs and are vital for agriculture, but cause immense destruction and loss of life.

Dozens died in floods in India, particularly in the eastern states of Bihar and Assam, last month, with the inundation causing heavy losses to farms, homes and infrastructure.

Experts point to rising deforestation, poor urban planning and increased urbanization as the reasons behind the rise in the intensity of the floods.

Monsoon-triggered floods and landslides have killed at least 85 people in South Asia in the past few days. Almost 870,000 people have been affected by floods in India's northeastern state of Assam. (14.07.2019)