The train got stuck in monsoon floodwaters near Mumbai. Rescuers have now evacuated all 700 passengers, but the first group of 150 passengers could only be taken out after the train had been stranded for nine hours. 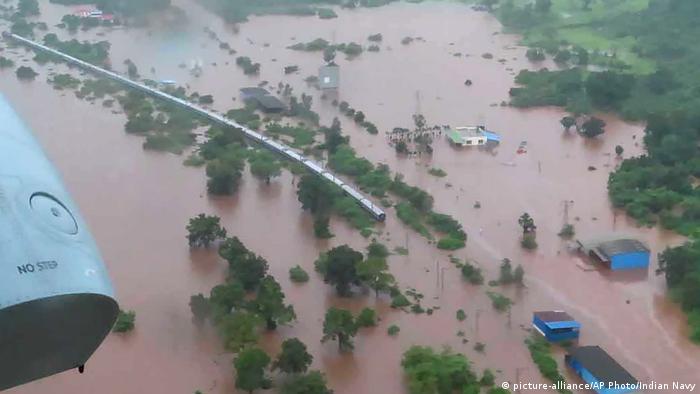 Indian rescuers, with help from the country's naval forces, have safely evacuated nearly 700 passengers stranded on a train in floodwaters between two stations near Mumbai.

The Mahalaxmi Express train, which was carrying some 700 passengers, got stuck after a river burst its banks in torrential monsoon rain and covered the railway tracks, India's disaster management office in Maharashtra state said in a statement on Saturday.

There were also nine pregnant women on the train, a spokesman for the National Disaster Response Force (NDRF) told AFP news agency.

In a message on Twitter, Home Minister Amit Shah also confirmed the evacuations.

A government official said that a "special relief train" would take people to their final destinations.

Authorities have deployed ambulances and doctors to treat passengers, who were also given food and water, according to Indian Railways. 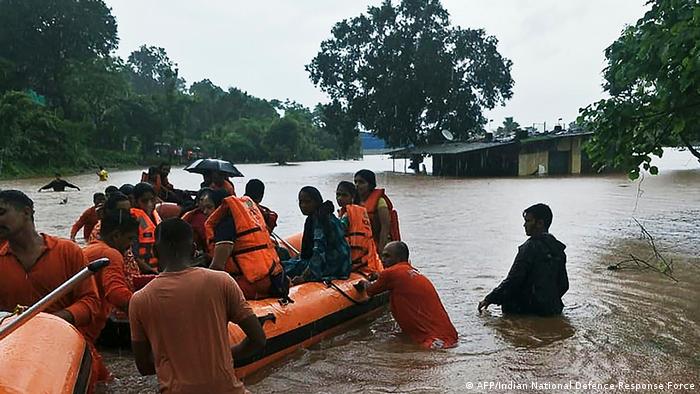 The train was stuck in floodwaters for several hours in the Thane district before the Indian navy and the NDRF began their rescue operation using helicopters, boats and divers.

The first batch of 150 passengers was rescued after the train had been stranded for nine hours in a sea of muddy brown water that covered surrounding fields.

Authorities had warned passengers not to move without their permission as they could have drowned in the water.

According to Indian Railways, more than 600 people were rescued in a four-hour-long operation.

Heavy monsoon rains have wreaked havoc in Mumbai, India's financial capital. More than 250 people have been killed in flooding across India in the past two weeks, with Assam and Bihar states the worst hit.