Monsoons in southern India have devastated the state of Kerala, with 120,000 people forced to leave their homes. The seasonal floods are essential for water replenishment, but kill hundreds every year. 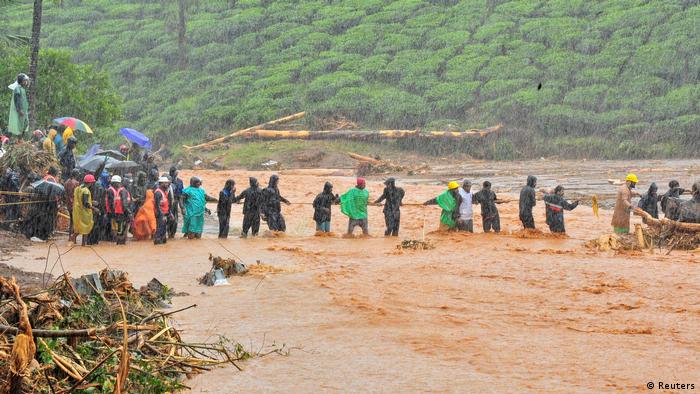 Around 120,000 people were moved into hundreds of emergency relief camps in Kerala, a police spokesperson said, with another 161,000 filling camps in Karnataka, AFP reported. The government also ordered food be airlifted to stranded villages.

"There are around 80 places where flood and rains have triggered mudslides, which we cannot reach," Police spokesperson Pramod Kumar told AFP, adding that 200 people were stranded in one place.

The rains also caused 20 landslides across the state. Authorities fear a number of people are trapped under the mud. 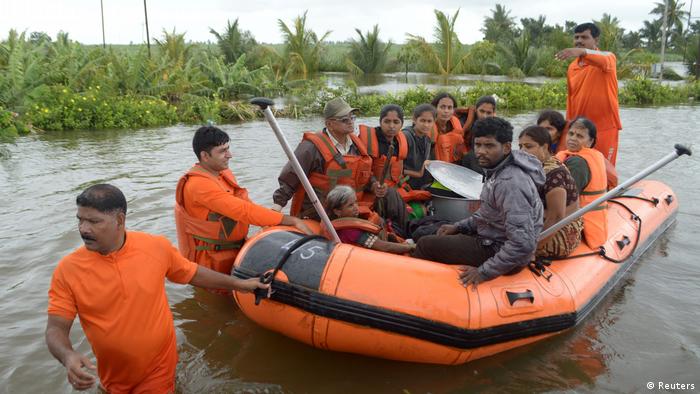 Rescue teams have been working to bring stranded individual to safety

Rescue teams from the disaster response force and other military forces were deployed to southern India for rescue and relief operations. "All arrangements have been put in place to deal with the disaster," Kerala Chief Minister Pinarayi Vijayan said on Friday.

Officials warned that fuel shortages were widespread in districts that were cut off from larger cities. They also said that hundreds of villages in Maharashtra lacked drinking water and electricity. 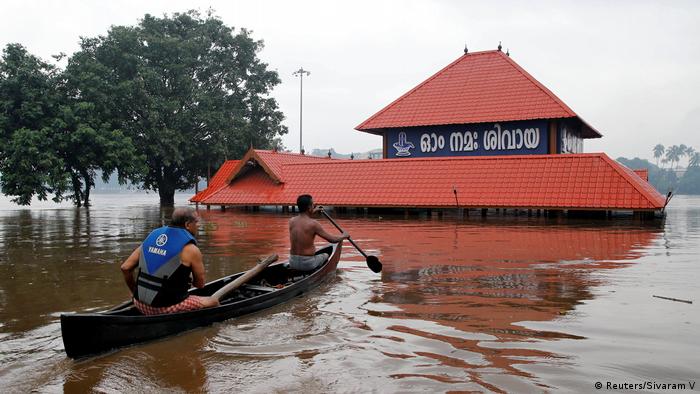 The flooding is expected to continue in the coming days as rains worsen.  On Friday, Vijayan had warned that officials might have to open dam gates soon, in order to prevent the water from reaching dangerous levels.

States across India have been badly affected by floods in the last week. At least 38 people have been reported dead and 200,000 moved to safety in the western states of Goa, Maharashtra and Karnataka.

Experts have warned that deforestation and increasing urbanization were at fault for the rising waters, as well as bad management of  dams across India.

Seasonal monsoon rains lasting from June to September are essential for agricultural production in India, delivering 70% of the country's rainfall and refilling water resevoirs. However, they kill hundreds of people every year and cause widespread destruction.

Floods hit Kerala in 2018. More than 200 people were killed in the disaster last August, which affected over 5 million Indians.

Their suffering goes unheard. Millions of people in Nepal and Nigeria, India and Bangladesh have lost everything in severe floods. With the flood waters receding, the vast extent of the destruction is becoming apparent. (04.09.2017)