Health officials in Germany, the European Union and elsewhere are looking at the dangers of the continued spread of monkeypox and how to best contain the disease. 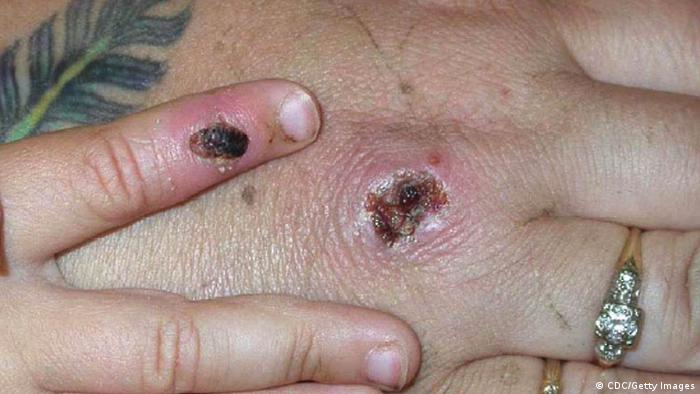 The recent rise in monkeypox cases in Europe and in other parts of the world has left health officials searching for a strategy on how to best deal with the disease and whether it constitutes a major risk to public well-being.

Almost 20 countries around the world where monkeypox is not endemic have reported outbreaks of the virus. There have been well over 100 confirmed or suspected cases of the virus.

German Health Minister Karl Lauterbach said Monday he is working with public health body Robert Koch Institute to draw up isolation and quarantine recommendations, with the guidelines to be presented as early as Tuesday.

Lauterbach, who was attending the World Health Assembly in Geneva, said he and the RKI are looking at "vaccination recommendations for people who are particularly at risk."

So far, four cases of the virus have been confirmed in Germany.

Vice President of the German Medical Association Frank Ulrich Montgomery brought up the possibility of vaccinating younger people against pox, according to an interview with the German newspaper Abendblatt.

"Whoever is vaccinated against the pox has a good protection," he said.

He told the paper that he was not surprised by the outbreak, saying such occurrences make the spread of these types of viruses more common.

While he said that monkeypox will only have a mild effect on most people, "it's important that the infected are quickly isolated so that we can break the chain of infection."

What's the risk of spread and what possibly triggered the current outbreak?

The EU health agency ECDC said Monday that the risk that monkeypox would spread widely among the general population was "very low." At the same time, the agency said "the likelihood of further spread of the virus through close contact, for example during sexual activities among persons with multiple sexual partners, is considered high."

The World Health Organization also called the spread of monkeypox a "containable situation," with WHO official Rosamund Lewis saying there's no evidence that the virus has mutated.

David Heymann, who formerly led the WHO's emergencies department, told The Associated Press his theory behind the current outbreak.

"We know monkeypox can spread when there is close contact with the lesions of someone who is infected, and it looks like sexual contact has now amplified that transmission," Heymann said. He said the current outbreak may be a "random event" caused by "risky behavior" at two raves in Spain and Belgium.

Meanwhile, the UK Health Security Agency said on Monday that it had detected 36 additional cases of monkeypox in England.

This brings the total number of confirmed cases since the outbreak began in the UK to 56.

Monkeypox cases confirmed in Europe, US and Australia