Local elections in Moldova have given voters an opportunity to chose the direction for the former Soviet state. The choice appears to have been for closer links with Russia and a step away from EU association. 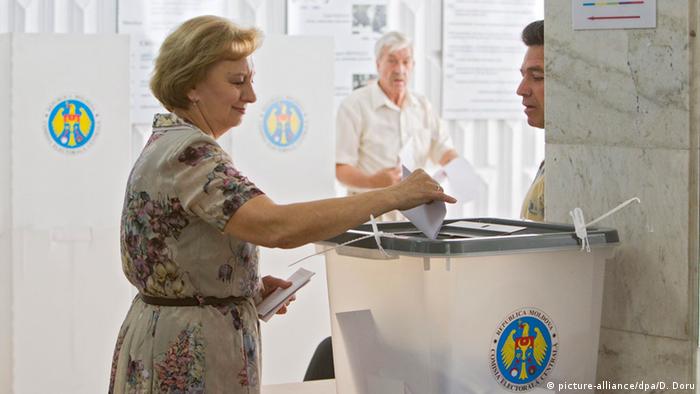 With 20 percent of votes counted in the election for the mayor of the capital, Chisinau, the candidate for the pro-Russian socialists, Zinaida Greceanai (photo) was in the lead. Dorin Chirtoaca, the pro-European mayor of the city since 2007, was in second place.

At just under 49 percent, turnout was lower than for the 2011 local elections. About 2.8 million voters were eligible to choose mayors and local councils. Full results are due later on Monday.

Ahead of Sunday's vote opinion polls indicated the majority of regional seats would be won by leftist parties that support Moldovan membership of the Moscow-led Customs Union. That would boost wine and food exports to a free-trade zone made up of Russia, Belarus and Kazakhstan.

The local elections were held two days after pro-European Prime Minister Chiril Gaburici resigned. He had only been prime minister since February. There had been questions over the authenticity of Gaburici's school-leaving certificate.

Last week prosecutors said they suspected that a signature and a stamp on two of his school documents had been forged.

The 38-year-old Gaburici had earlier demanded that the prosecutor-general resign, along with top bank officials, after $1 billion (891 million euros) disappeared from three banks: Unibank, Banca Sociala and Banca de Economii. An Israeli-born businessman was placed under house arrest last month in connection with the missing funds.

Gaburici's minority, coalition government had been supported by two pro-European parties. But economic problems, trade pressure from Russia and corruption had brought pressure from voters for a restoration of ties with Russia.

Sharing a border with Ukraine, Moldova is one of Europe's poorest countries. The government signed an association agreement with the European Union in 2014. This angered Russia which then placed an embargo on imports of Moldova's fruits and vegetables.