Modern Monetary Theory: Cash-strapped governments a thing of the past? | Business| Economy and finance news from a German perspective | DW | 06.02.2020

Modern Monetary Theory: Cash-strapped governments a thing of the past? 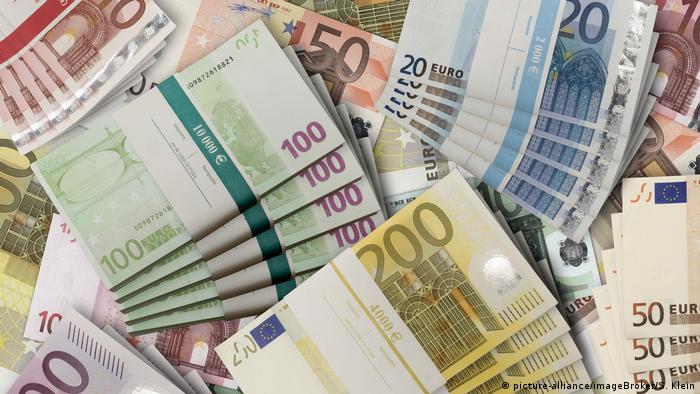 Policymakers in many nations across the globe including the US and Britain have signaled their intention to move (further) away from rigid fiscal discipline and let the state spend more to increase employment and support the economy at large.

The Democrats in the US for instance have shown their support for more public spending to make the New Green Deal happen. They thus follow the guidelines of the Modern Monetary Theory (MMT) that sees no wrong in increasing state spending. On the contrary, it notes that under current economic conditions it's desirable and necessary.

It goes without saying that the prophets of a balanced budget, who can also and specifically be found in the German government, are having a problem with that theory. German economist Dirk Ehnts tells DW why the critics should think twice before rejecting MMT out of hand.

DW: You're in the camp of those wholeheartedly supporting the Modern Monetary Theory. You're offering a new approach for governments to deal with fiscal resources, but is there really a need for it?

Dirk Ehnts: Right now, we are going through a phase in the eurozone where unemployment is still high in some member states. Also, the next recession is sure to come at some stage. This is why we have to think hard about how to boost employment and use our resources in a meaningful way — resources that are currently lying idle. In this context, I predominantly think of work rather than natural resources.

So what then is the fundamentally new approach in MMT that would enable you to achieve exactly that?

The new approach is that we view state expenditures in all their forms as tax credits. This means that public debt is nothing more than the sum of tax credits held by private households and companies.

The state is not forced to reduce its debt to zero, and it doesn't have to. That's a fundamental difference to the situation of, say, a Swabian housewife. What I mean is that you should not project the logic of a Swabian housewife — who has to finance her spending through income — onto a state which as the very creator of money will always be able to spend more money, that is money which is brought into play by its central bank.

Right, but if the state in question can, at least potentially, create as much money as it wants digitally, will this not end up in a devastating debt spiral? At least that's what the critics fear.

Well, I do understand the people who fear that the state might spend just too much money, also in terms of granting much higher wages to people already employed, and those higher wages could indeed lead to soaring inflation.

However, much higher inflation rates would not be popular among citizens and older people in particular, since they live on pensions that are fixed. They would vote against the current government on Election Day. Hence there's little motivation politically to overstep the mark when it comes to state spending and letting the inflation rate explode.

The ECB and other central banks have already been swamping markets with money for years on end. So, if you will, they've already at least partly acted in line with MMT principles. The results of this QE (quantitative easing) policy may, however, not be what you want to achieve. So where's the difference?

The ECB has been buying state bonds from the banks. The sellers in question receive deposits in their accounts at the ECB. The snag about it is that contrary to popular belief the banks cannot directly lend this money to households and companies as the latter don't have any accounts at the ECB.

As we've been able to witness, the real problem has been low credit demand, and in a situation like this the state is called upon to create more demand through state-financed projects. When the state spends more money on such projects, it automatically creates more employment, for instance by more spending on ecologically sound projects envisaged by the Green New Deal or other initiatives.

That in turn means more income for the workers involved — money that people can use to buy goods. And if there's more demand for goods, production will go up correspondingly. 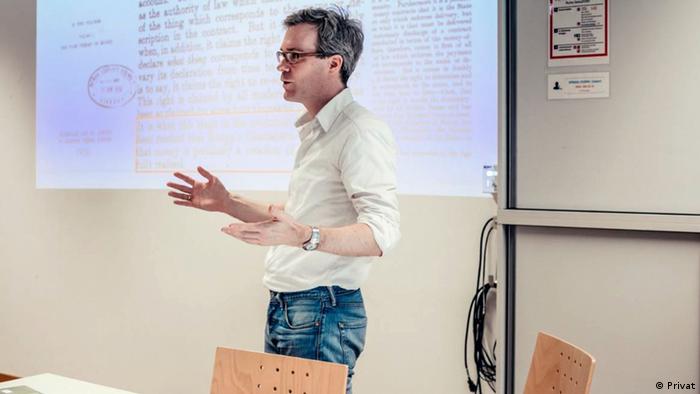 Would you agree that MMT is not applicable to countries without their own currency? And how much of a problem is foreign-currency-related debt?

Countries without a currency of their own would indeed first have to borrow dollars from international investors, before they'd be able to spend anything. By the way, the same applies to the 16 German states, and it also holds true for the community level.

As to the second part of your question, foreign currency debt is a big negative factor. Talking about Germany, you could argue of course that the euro is a foreign currency for us, but at the end of the day we would be "too big to fail" within the eurozone, meaning the European Central Bank would never let us default.

Don't you see a danger of too much power being conceded to governments in monetary or fiscal matters with MMT in place? After all, central banks are meant to be the guardians of nations' respective currencies, whereas policymakers might pursue rather short-term political and economic objectives.

That's a question of political consequences. More government spending could lead to the use of more resources. But in a situation where we need a Green New Deal and hence a more frugal use of resources, people have a choice.

If people support the global shift to a greener economy, there's no more any need to ask whether there's enough money around to make it all happen. True, companies will continue to ask where to get the money from for their projects, but states don't have to do that, according to our theory.

What do you think are the chances of MMT eventually taking the upper hand and replacing today's conventional monetary policies? After all, the large number of MMT critics can hardly be ignored, can it?

In economics, you can usually witness cycles of 30 to 40 years for one theory to replace an old one. The current neoliberal theory has been in place since the 1970s or 1980s. It's become clear over the decades that we've encountered a number of myths partly resulting in today's problems — myths that finally need to be debunked.

And then there's the myth that the market regulates everything itself, meaning it only takes the state to withdraw to resolve any problems, or the myth that profit maximization should take precedence over the public purpose.

So, all of that needs reforming; and I do believe that we have the better arguments in this debate and that our ideas will prevail. Sure, it may take a bit of time and patience, but I don't think it will take ages for MMT to become widely accepted as the norm.

Dirk Ehnts is a research assistant at the Chair of European Economics at the Technical University of Chemnitz. Prior to that, he was — among other things — a guest lecturer in economics, money and currency at the Berlin School of Economics and Law and visiting professor at the Latin American Institute at Free University Berlin. Ehnts is the author of "Modern Monetary Theory and European Macroeconomics" published by Routledge.

How the ECB works

How the ECB works

Germany ended 2019 with a budget surplus of €13.5 billion. The government wants to spend on infrastructure and other projects, but critics say the money isn't getting where it needs to go. (13.01.2020)