A boat carrying migrants trying to reach Europe has capsized in the Mediterranean near the coast of Egypt, killing three people. Meanwhile, more than 400 others have been rescued from vessels off Libya. 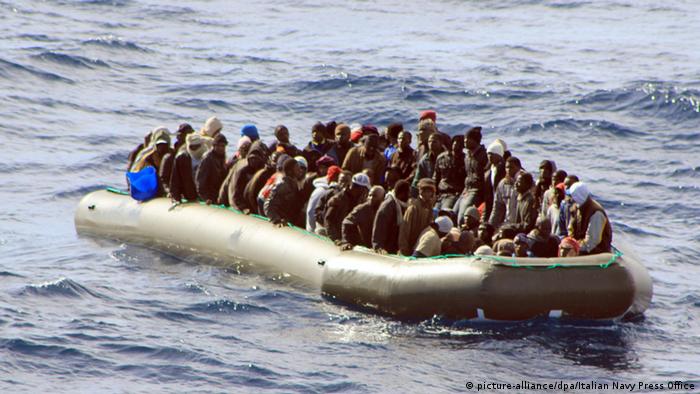 Three people drowned and 31 were rescued after a trawler bound for Europe capsized near the Egyptian city of Idku on Saturday, local media reported.

The passengers, believed to be from Syria, Eritrea, Sudan and Egypt, were later arrested by coastguards.

In a separate incident on Saturday, a French navy patrol ship pulled 217 people from three small boats that had run into difficulty in waters off Libya. Maritime police said in a statement that two suspected people smugglers had been arrested and handed over to Italian authorities, along with the rescued migrants.

It was the first rescue operation by France since a decision by European leaders last week to boost patrols in the Mediterranean in a bid to prevent migrant drownings.

Meanwhile, Italy's Coast Guard reported helping a group of some 200 people aboard rubber dinghies spotted drifting south of Sicily on Friday. The migrants from sub-Saharan Africa were taken to the Italian island of Lampedusa on Saturday morning.

Scores of people fleeing violence and poverty in the Middle East and Africa have sought to cross the Mediterranean Sea by boat in the hope of reaching European shores. Many travel in crowded unseaworthy vessels, having paid steep fees to people smugglers to make the perilous journey.

There was an outcry last month when a migrant boat en route to Europe capsized off the coast of Libya, killing more than 700 people. Following the disaster, EU leaders agreed to triple funding for the bloc's Triton border protection mission, as well as to send more ships to the region to help in search and rescue operations.

France, Britain and Germany were among the countries that pledged to contribute patrol boats to prevent further loss of life. Two ships from the German navy were dispatched on Friday.