The NGOs that chartered the Aquarius cited a "smear campaign" by European governments as the reason for its ceasing operations. The ship has been stranded in Marseille since losing its registration. 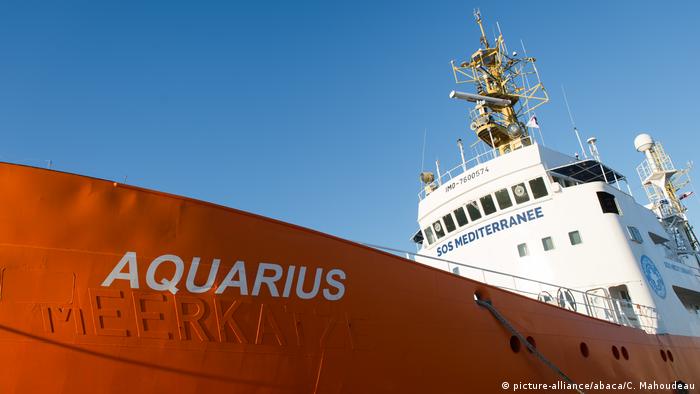 The Aquarius search and rescue ship has ended its operations after saving tens of thousands of migrants from drowning in the Mediterranean Sea, Doctors without Borders (MSF), one of the charities that ran the ship, said on Thursday.

The ship has been blocked at the French port of Marseille since the end of September after losing its Panamanian registration.

"This is the result of a sustained campaign, spearheaded by the Italian government and backed by other European states, to delegitimize, slander and obstruct aid organizations providing assistance to vulnerable people," MSF, who chartered the ship with French NGO SOS Mediterranee, said in a statement.

"Coupled with the EU's ill-conceived external policies on migration, this campaign has undermined international law and humanitarian principles. With no immediate solution to these attacks, MSF and SOS Mediterranee have no choice but to end operations by the Aquarius."

The last of the charity boats

The ship has rescued more than 30,000 people since it first left port in February 2016, including more than 3,000 in 2018, according to SOS Mediterranee. It was the last NGO-chartered rescue ship operating off the coast of Libya, a key departure point for many sub-Saharan African migrants — there were five groups running rescue ships last year.

The ship was denied port multiple times by European countries bordering the Mediterranean this year. In June, it famously traveled 1,500 kilometers to Valencia, Spain, with 629 migrants on board after being turned away by Italy and Malta.

The International Organization for Migration said about 15,000 migrants have drowned in the Mediterranean since 2013, including more than 2,000 so far this year. Italy has seen some 600,000 migrants land on its shores over the same time period.

The number of migrants reaching Italy has fallen sharply over the past year as smuggling networks inside Libya have been disrupted and the European Union has stepped up efforts to increase Libyan coastguard patrols.

Migrants of working age make up 4.2 percent of the global population, and the number is growing. A UN report notes how poorer countries are increasingly supplying labor to richer ones to their own detriment. (05.12.2018)