Mexico seeks to blunt power of cartels with marijuana legalization | News and current affairs from Germany and around the world | DW | 19.03.2021

Mexico seeks to blunt power of cartels with marijuana legalization

Mexico is legalizing the recreational use of cannabis, not least to curb rampant drug-related violence and crime in the country. Can it work? 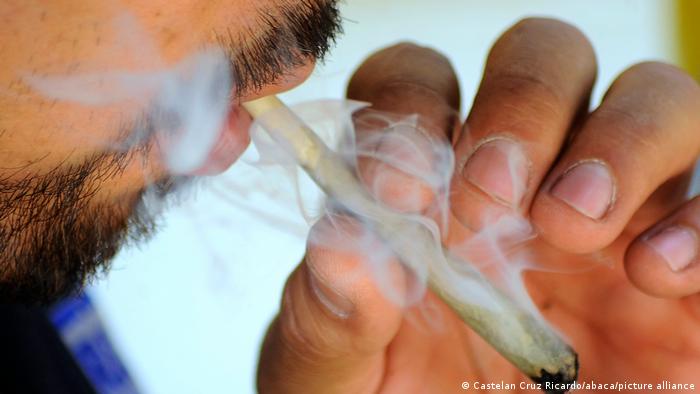 The cultivation, sale and consumption of cannabis is legal worldwide only in a few places such as Canada, Uruguay and a handful of American states.

Mexico, an important player in the global marijuana black market, could soon be added to the list. Last week, the lower house of Congress approved draft legislation to that effect and it's likely that the upper house too will sign off on it. In November last year, the upper house already passed the bill but it had to go through yet another vote following a few modifications.

While conservative lawmakers have expressed concerns that consumption and addiction rates could rise, proponents of legalization have said it's a step towards peace. 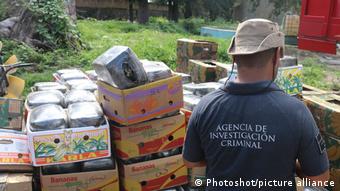 Mexico has long been in the throes of a drug war

For years Mexico has been plagued by violence stemming from its so-called ‘drug war,' a conflict between the state and the drug cartels, which also fight amongst themselves. Since 2006, more than 300,000 people are said to have been killed in the Mexican drug war. In a few areas in the country, the cartels have taken de facto control and corrupt security forces, politicians and businessmen have joined forces with organized crime syndicates in many places.

After 15 years of military deployments within the country and a harsh crackdown on drugs-related crime, the picture is sobering: the cartels are flourishing, and their power remains unchecked. Voices calling for a policy change are getting louder. Against this backdrop, the idea of legalizing softer drugs such as cannabis and striking an economic blow to the drug cartels is gaining traction.

But, unfortunately it's not that simple. Mexico may one of the largest producers and suppliers of the most widely consumed drug, cannabis, worldwide. But other substances such as cocaine, heroin and methamphetamine are lucrative sources of income for the crime syndicates. And, it's not just that. "The cartels are transnational corporations and they're involved in all kinds of legal and illegal businesses beyond drugs," says economist and lawyer Edgardo Buscaglia, who has long been investigating the structures of the cartels.

They include human trafficking, arms smuggling, robbery and fraud but also numerous legal businesses. For instance, Mexican cartels are said to earn a substantial income in trade with avocados and other goods. 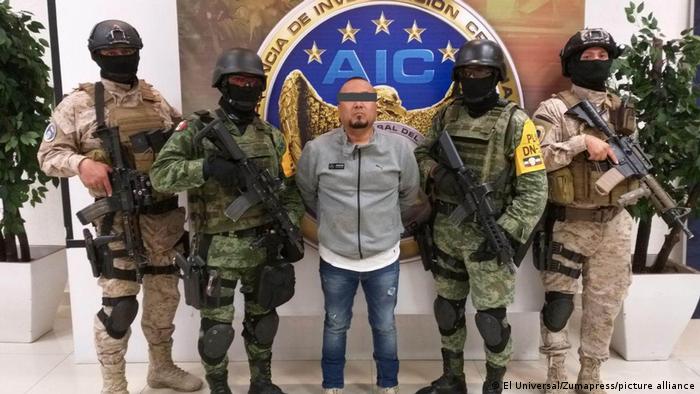 Buscaglia, who researches at the Columbia University in New York City and regularly advises governments and international organizations, is convinced the new law won't dent the power of the cartels.

"Legalizing cannabis will not affect those organized crime structures because they're extremely diversified in many, many businesses," he says. "Even legalizing all kinds of drugs would not dismantle organized crime."

Transitioning to a legal market

That looks even more unlikely when one considers that a large share of Mexican cannabis goes to the US where consumption in most states is still illegal. That means this market will remain intact. 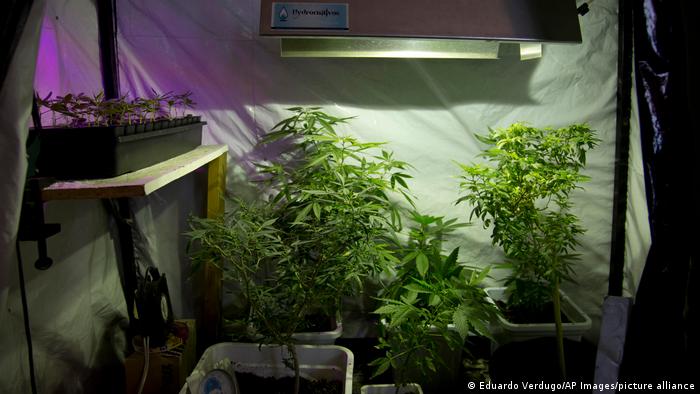 Zara Snapp, an activist from the NGO ‘Instituto RIA' that campaigns to reform drug laws in Mexico, believes that the US could legalize cannabis in the next years. She thinks it would be good if legal structures for cultivation and distribution were put in place by then so that Mexico could continue to keep supplying  — just legally.

For Snapp, a political scientist, the legalization of cannabis in Mexico is important for another reason. "Instead of the government wasting its limited resources on persecuting and going after people who use cannabis, hopefully the police would have greater time to really go after the high-impact crimes that concern all of us; kidnapping, extortion, corruption, disappearances, homicide,” she says. Until now, possession of more than five grams of cannabis can land you in prison in Mexico while more severe crimes, which often involve people with money and power, are treated with a high level of impunity.

Snapp, who has worked with the Global Commission on Drug Policy, also hopes that at least a few collectives, groups and farmers who have cultivated marijuana illegally so far, can transition to a legal market where they could then have better income opportunities and will not be at the mercy of the drug barons.

That's a goal pursued by the Global Commission that campaigns to shift the focus of drug policies from pure crime fighting to questions of health and human rights. The Commission includes, among others, the former presidents of Mexico, Brazil and Colombia.

In addition to possible impacts on the black market, the debate over the legalization of marijuana always involves a central question: will consumption explode and will the number of addicts rise?

Many experts, including Snapp and Buscaglia, believe that legalization  — even if consumption were to rise slightly like in Canada and Uruguay  — would be good overall for public health. For one, quality would be assured and people could better judge what they're consuming.

Economist Edgardo Buscaglia isn't sure whether legal and illegal production can be clearly separated and whether regulatory mechanisms can work.

"You know, the Mexican state has a lot of vacuums, institutions that don't work. Therefore all the good intentions that a law legalizing marijuana may have will not mean anything for public health if the quality of the regulatory institutional environment is not appropriate, if it doesn't have a minimum standard,” Buscaglia says. He pointed out that Mexico had failed to regulate other legal substances such as alcohol, cigarettes and medicines.

The road to a legal and conflict-free cannabis production in Mexico is a long one and it's riddled with questions. How will licenses be awarded? To what extent will the cartels try to intervene? Will they give farmers, who had previously worked with them, a free hand?

"Of course I know that there will be challenges and that legalizing cannabis will not solve all of our problems,” activist Zara Snapp say. "But you have to start somewhere right? We've experienced a lot of support, even from people who you would say are connected to organized crime and who want to do things differently. There's definitely a push for changing the way we live."