Avocados are all the rage right now, be it as a spread for bread or a face cream. In Mexico, drug cartels control a billion-dollar 'superfood' business and scare a whole region as Franz Viohl reports from Uruapan. 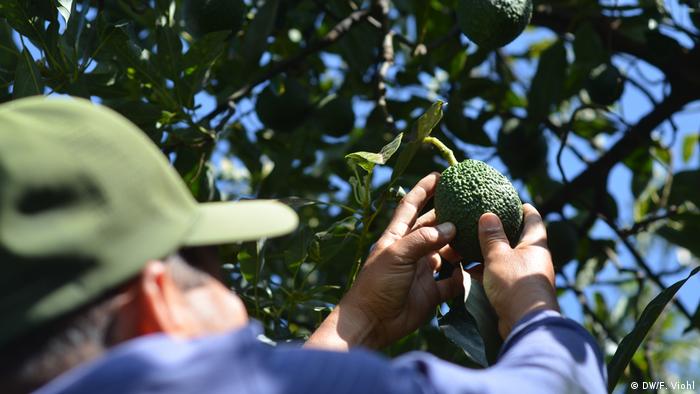 The "global capital of avocados" lies nestled among gentle hills, with plantations filling their slopes. In downtown Uruapan, a central Mexican town of 300,000 inhabitants, there's no sign of hectic activities on this winter day.

Elderly people are having a chat near the local church; indigenous women are selling wooden toys. But the calm is deceptive.

Over the past couple of years, Uruapan has turned into one of Mexico's most dangerous cities. Mexico's Inegi stats agency logged 297 killings in 2018 alone — a number that would normally only be reached in war-torn areas.

Latest killing just a couple of weeks ago

Silvia Martinez doesn't have to think long to tell me why the situation is as it is in Uruapan. The 52-year-old is an executive with one of the largest avocado exporters that sends dozens of truckloads of the fruit to the United States daily.

"The latest killing happened just two weeks ago, with a distributor found dead near his car," Martinez recalls (her name was changed to ensure her safety). She's trying to hold back her tears. She's afraid of somebody holding her at gunpoint. Her home town used to be a quiet place, she says," but now the narcos completely control the place, and whoever puts up any resistance to them will be eliminated." 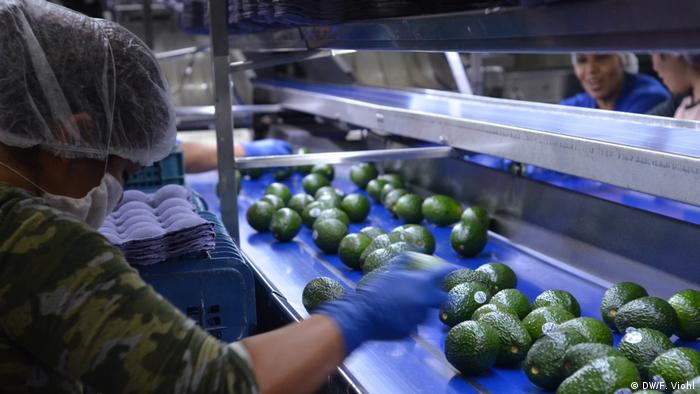 Workers checking the quality of avocados in Uruapan, Mexico

The Mexican state of Michoacan, where Uruapan is located, accounts for 40% of avocados grown globally. The largest part of them goes to the US. In 2018, Mexico exported avocados worth $2.7 billion (€2.4 billion) to the United States. Right now, a kilogram (some 5 avocados) costs around $1.40 in Uruapan, whereas in a US grocery store the price is $1.30 — per avocado.

That sort of big business has not gone unnoticed by the drug cartels. Javier Oliva, a political scientist from Mexico's national university, UNAM, says there's an escalating conflict in Michoacan between the competing Jalisco Nueva Generacion and Los Viagras cartels.

Cocaine, marijuana and other drugs are still their core business. "But there's rising competition, and the number of criminal cartels has jumped from four big ones in the past to now 250 criminal units in Mexico." New sources of income are always welcome. According to Oliva, criminal activities include the theft of oil, simple robberies, prostitution, the trade in human organs and the protection racket — and now avocados.

Global appetite for the avocado "superfood" has exploded in the past few years. In Germany alone, demand rose fivefold between 2008 and 2018, according to the National Statistics Office (Destatis). Dietitians praise the avocado's high content of vitamins, with the fruit's vegetable fat said to protect against diabetes and strokes.

The avocado hype was triggered in America. In 1994, the US, Canada and Mexico signed the NAFTA free trade agreement. While avocados used to be an expensive thing for gourmets only, they all of a sudden were available in every grocery store. Today, Americans eat on average 3.2 kilos of the fruit per year. 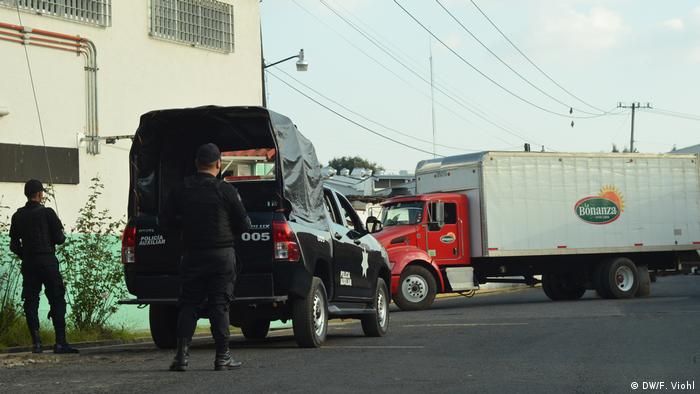 Israel Cuevas has witnessed the boom himself. The avocado farmer shows me his plantation as big as 10 soccer fields. "We harvest the fruit several times a year, some 600 kilos per tree. Two decades ago, it was only about half of that," the 44-year-old explains.

The volcanic soil and the humid climate are ideal for high yields; higher yields than anywhere else in the world in fact. "It was running smoothly for a long time, but then men came with pistols in their hands and my boss had to pay protection money, as anyone else had to here," Cuevas says.

More and more innocent people are getting caught between the front lines, though. In early February, 20 people died within just three days as rivaling cartels in Uruapan fought each other. Reports of bloody fights can be heard on a regular basis now in Mexico, a country where up to 250,000 people have died since the beginning of the drug war in 2006.

Why doesn't the state intervene? "In Mexico, local police cooperate with organized crime more often than not," says a high-ranking US official who trains Mexican security units. He adds that decades of corruption have led to a situation where the lines between friends and foes are fleeting.

Silvia Martinez doesn't think that President Andres Manuel Lopez Obrador can effectively change anything on the ground. The Guardia Nacional, which is meant to be immune against corruption, shows up once in a while, she confirms, "but after a few days on the ground the officers are gone again."

Is 'superfood' good for the environment?